Police investigating ‘all directions’ after possible car-ramming in Beersheva

From there he went up to Be'er Sheva.

Home » Police investigating ‘all directions’ after possible car-ramming in Beersheva 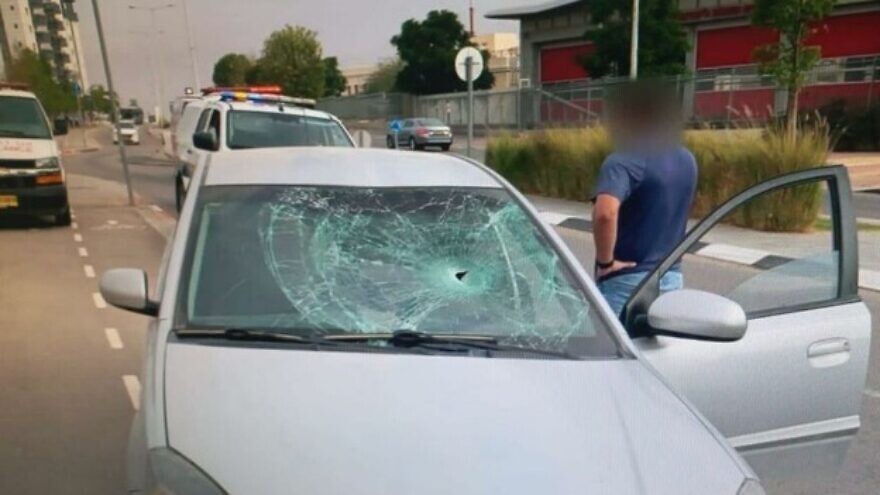 Police are investigating “all directions” after a vehicle struck a pedestrian in Beersheva on Thursday, causing moderate injuries.

The driver, who according to Mako is a resident of the Bedouin town of Rahat, was also injured in the incident, and was evacuated for medical treatment. He was jointly overpowered by civilians and police, and was placed under arrest, according to the report.

The possible terror attack, which occurred on the city’s Ilan Ramon Street, was captured on video.

The pedestrian was fully conscious after being struck, according to Magen David Adom paramedics.

The incident comes after sixteen-year-old Israeli-Canadian Aryeh Shechopek was killed and more than 20 injured Wednesday morning in two explosions at bus stops located near entrances to Jerusalem.

Meanwhile, the body of a young Israeli man, that was snatched from a Jenin hospital by Palestinian gunmen on Tuesday, has been returned to his family, according to the Israel Defense Forces.

Tiran Fero, 17, a member of Israel’s Druze community, entered Jenin via the Gilboa crossing on Tuesday together with a friend to get his car repaired. He was severely injured in a car accident and hospitalized in Jenin, where he underwent surgery. According to the IDF, he died of his injuries soon afterwards.

Some time afterwards, dozens of Palestinian gunmen stormed the hospital, seizing the body and issuing demands for the release of bodies of terrorists. According to Israeli media reports, the gunmen believed that Fero was an Israeli soldier.

Mowafaq Tarif, the spiritual head of the Druze Israeli community, contradicted the IDF’s version of events, stating that the youth had still been alive when he was taken.

Fero’s funeral is scheduled to be held at Daliat al-Karmel, his native city, on Thursday afternoon.

An anti-missionary rabbi is being sued by Lihi Lapid. Here’s why

WATCH: 75 years since the approval of the UN Partition Plan