Hallelujah. Praise Hashem for He is good; His steadfast love is eternal.

Home » Thanksgiving’s founders who loved the Bible, but not the Jews 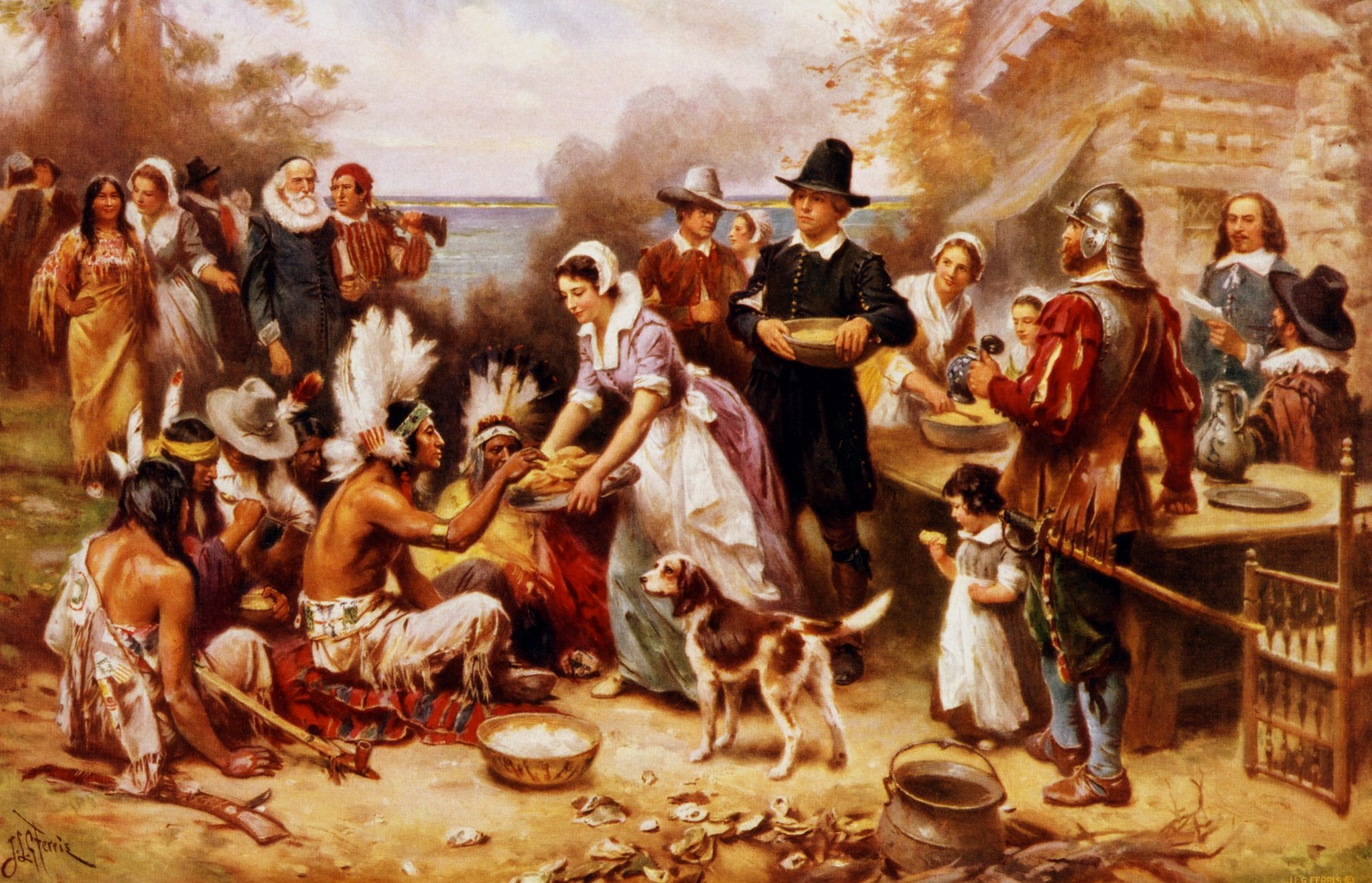 Raised in an Orthodox Jewish home in the United States, my family along with most others in our community embraced Thanksgiving with a religious devotion nearly on par with our own Jewish festivals. We celebrated the American holiday each fall with a quasi-ritual meal, offering up thanks and appreciating the religious freedom America offered.

As I grew older and learned that the Pilgrims modeled their experience after the biblical narrative, I appreciated Thanksgiving even more. I was intrigued to learn that those aboard the Mayflower referred to their voyage as an “exodus” from oppression to the “promised land.” I was fascinated that the Puritan founders of Thanksgiving took the Bible so literally. Surely, the relevance of our Torah and its role in the formation of such a beloved institution as Thanksgiving should be a source of Jewish pride.

In my work with the Christian Zionist community, however, I recently came to recognize the ugly underbelly of the Pilgrims’ theology.

“In their own mind, they were the Jews, the ultimate and total heirs of the promises that God had made in the Hebrew Bible,” wrote historian Arthur Hertzberg in “The New England Puritans and the Jews.”

The greatest of all 17th century North American scholars, Cotton Mather, was so convinced that the Puritans and not the Jews were the Chosen People, he began wearing a skullcap and calling himself a rabbi. Mather’s quirky behavior carried the usual baggage that always accompanies Replacement Theology, and he wrote a manual for the conversion of the Jews that included “proofs” from the Hebrew Bible that established the incontrovertible truth of Christianity. While a great scholar who authored more than 400 books, to Mather, his greatest achievement was that his works were successfully used in converting Jews to Christianity.

The Puritans’ obsession with converting Jews in the New World had an even stranger consequence than scholars who wore skullcaps and called themselves rabbis. Since the Second Coming could not happen unless most Jews were converted, and most Jews were thousands of miles away in Europe, the Puritans needed a creative solution.

One of the more perplexing issues that these Bible-believing Pilgrims encountered in the New World was the origins of the Native Americans. If all mankind descended from Adam and Eve, then who were these strange Indians and how did they get here? One theory that gained widespread popularity at the time explained that the Native Americans were from the Ten Lost Tribes of Israel. Exiled from the Land of Israel during the 7th century BCE as recorded in the Book of Kings, tradition taught that the lost tribes would be reunited again before the arrival of the Messiah, and evidence was hastily compiled to prove that the Native Americans were descendants of the 10 tribes.

If bizarre sounding today, the Jewish Indian theory was accepted by scholars such as William Penn, and was the subject of written correspondence between John Adams and Thomas Jefferson more than 100 years later. Before proponents had time to develop “proof” for their theory – such as similar Jewish and Indian language and rituals – Puritans began converting these “lost Jews” with great zeal by setting up schools and translating Scriptures for the Indians.

It turns out that the religious-tolerance-seeking Puritans weren’t so tolerant after all.

These Pilgrims might have loved their Bible, but they didn’t love the Jewish people. This might come as a surprise and disappointment to many Jews who, like myself, have a special fondness for Thanksgiving.

Before, however, we throw away the turkey, I believe that the Jewish people have more than ever to be thankful for today.

At a recent Israel365 conference earlier this month, our panelists, including several Christian Zionist leaders, discussed how the rise and success of the modern State of Israel forced many Christians to question and even reject Replacement Theology.

After all, it became increasingly difficult to believe that God had abandoned the Jewish people with miracle after miracle taking place in Israel. It became hard to argue that the Lord rejected the Children of Israel with nearly every biblical promise coming true through the restoration of the People of Israel to the Land of Israel.

Unlike at the first Thanksgiving following the Mayflower’s arrival in the New World, Christians don’t all love the Bible but hate the Jewish people anymore. With the founding of the State of Israel, more and more Christians have come to accept Hebrew Scriptures while embracing the land and the people of Israel. For this, we must give thanks.

The author is the founder of Israel365, which connects Christian Zionists with Israel and strives to be a light unto the nations. He is also the publisher of Israel365News.com and TheIsraelBible.com. The article was first published in The Jerusalem Post.