Yaakov then gave Esau bread and lentil stew; he ate and drank, and he rose and went away. Thus did Esau spurn the birthright. 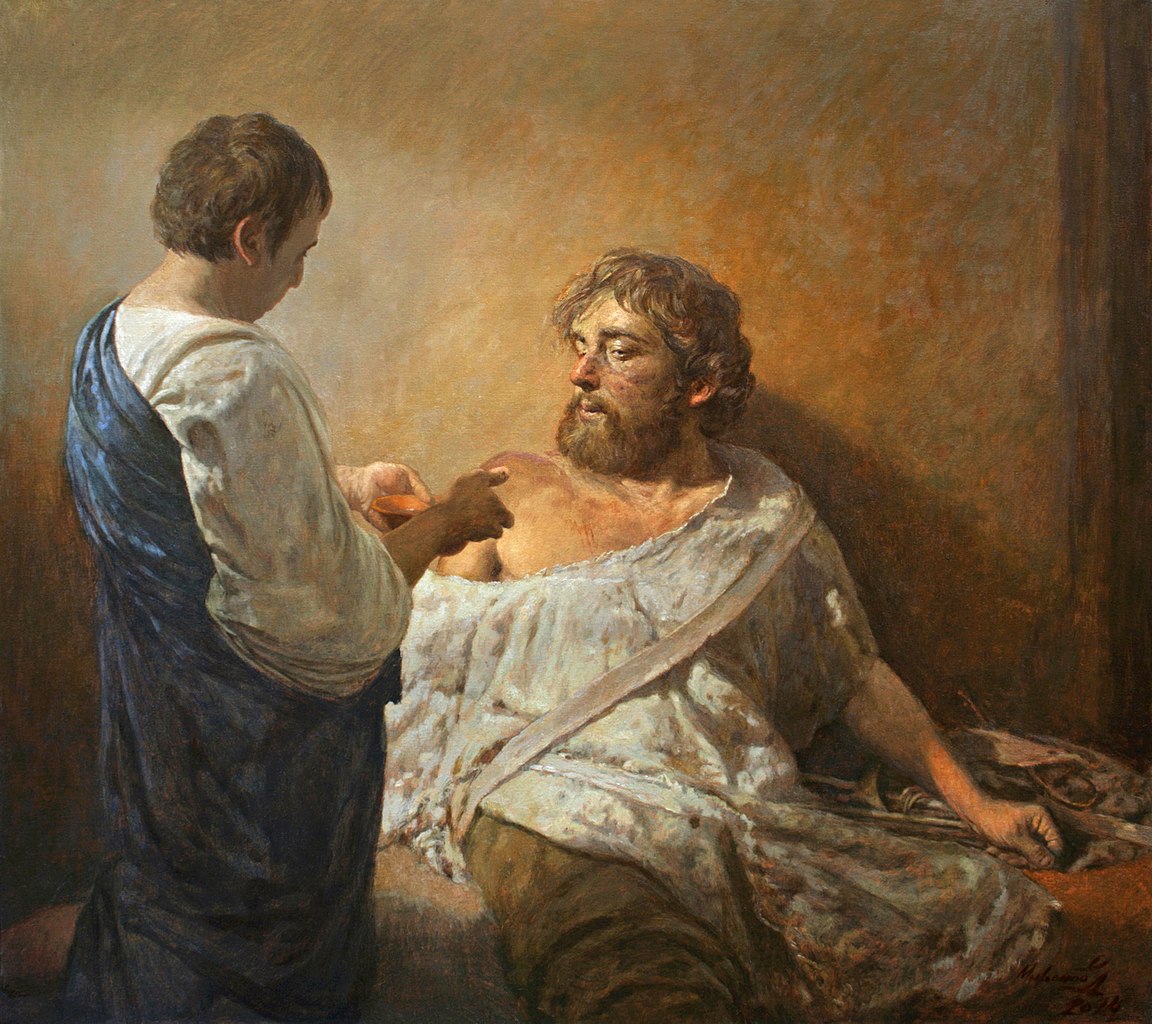 “Once when Yaakov was cooking a stew, Esau came in from the open, famished.

And Esau said to Yaakov, “Give me some of that red stuff to gulp down, for I am famished”—which is why he was named Edom.

And Esau said, “I am at the point of death, so of what use is my birthright to me?”

But Yaakov said, “Swear to me first.” So he swore to him, and sold his birthright to Yaakov.

Yaakov then gave Esau bread and lentil stew; he ate and drank, and he rose and went away. Thus did Esau spurn the birthright.” (Bereshit 25:29-34)

In this passage from this week’s Torah portion Toldot, Esau came in from the field exhausted and sold his birthright as the firstborn to Jacob in order to get some pottage.

At first glance, it appears that Esau’s motivation was fatigue and hunger. A common question regarding this passage is concerned with whether Jacob was taking advantage of a suffering Esau. After all, as Esau himself said, “Behold, I am going to die.” The plain meaning of Esau’s words is that he was so exhausted and worn out from “the field” that he was on the brink of collapse. Think of a runner who has just crossed the finish line of a marathon. Esau felt that if he didn’t eat and drink immediately, he would die. He was desperate and probably not thinking clearly. Jacob thus took advantage of Esau’s vulnerable state. Understood this way, the situation does not reflect well on our patriarch Jacob.

But as we will see from a careful reading of the text, this understanding of what took place is mistaken. Let’s begin with a simple question. How tired was Esau? What did he mean when he said that he was “going to die”?

The final verse of the passage quoted above states:

“He ate and drank, and he rose and went away. Thus did Esau spurn the birthright.”

This verse is strange for a few reasons. First, we must notice that the Bible does something unusual. Biblical narratives rarely ever include minor details along the lines of what we might call, “stage direction.” It is highly unusual for the Bible to tell us that someone “got up and left” at the end of a scene. The Bible simply doesn’t describe such common and insignificant action. In light of this, we must conclude that the fact that Esau “got up and left” plays a key role in the story.

The second problem with the verse is the order of the statements. Why is the phrase “And Esau spurned the birthright,” written last, after telling us that “He ate, drank, got up, and left”? To put the question another way, at what point in the scene did Esau spurn the birthright? Doesn’t it make more sense to put this phrase after Esau made his derisive statement about the birthright and then sold it to Jacob?

If it is correct that Esau was so exhausted that he was literally about to die, or even collapse, it is highly unlikely that after eating a warm meal he would quickly get up and leave. The immediacy of the four verbs – “ate, drank, got up, and left” – implies that he sat down, quickly downed some hot food and some drink, and then was off again. This is not the behavior of someone who moments ago was about to collapse. If Esau really was as tired as the common understanding suggests, it is more likely that after a warm meal he would have fallen asleep. By breaking with common Biblical style and telling us the seemingly trivial detail that Esau “got up and left” after eating, the Torah is telling us that his declaration “‘Behold, I am going to die,” does not mean what we thought it meant at first glance.

In light of this we may ask the following. Esau’s full statement is, ‘Behold, I am going to die, and of what use is this birthright to me?’ What does the fact that at that moment Esau was tired and hungry have to do with the value of the birthright? If Esau was in no danger; if he wasn’t exhausted to the point of collapse, what could he have meant by this statement? Certainly, the birthright has value regardless of whether or not he is hungry and tired right now.

According to Chizkuni’s reading, Esau’s statement that he is “going to die” was not meant as a statement of his immediate condition at that moment. Rather, Esau was saying that since he is a mortal human being with a finite life span, there is no value to him in a long term promise from God, a promise that will only be fulfilled long after he is dead and gone. When Esau said, “of what use is this birthright to me,” what he meant was simple. Because he personally would not enjoy the blessings of the birthright, Esau has no interest in it. Esau cared only about the here and now. He had no regard for his descendants who would live long after he was gone.

If he himself cannot be a part of the blessing, then Esau wants no part of it. The promise of a great covenantal future, including centuries of suffering in exile followed by redemption; the promise and mission of being God’s chosen nation through a long history, all of this meant nothing to Esau.

The birthright of the People of Israel is to be found in the future, not in the here and now.

God’s blessing to the Jewish people is that in the future, redemption of our nation and universal knowledge and acceptance of God will come about through us. The centuries of Jews who lived in the most extreme darkness of the exile held fast to this birthright. Had they taken the Esau attitude of living for themselves and caring little about the distant future, we would not be here today.

The hills and valleys of the Land of Israel are filling with Jews. The footsteps of the redemption have begun. Throughout our history we have had Esaus among us who “ate, drank, got up, and left,” never to be part of the Jewish People again. They and their children do not share in the unfolding blessings of redemption. It is the Jacobs of Jewish history who brought us here. They share in the redemption because we are their children. This Jacob view of the birthright of Israel is captured in the famous paraphrase of Maimonides twelfth principle of faith, printed at the end of the liturgy recited by Jews every morning.

“I believe with perfect faith in the coming of the Messiah, and even though he may delay, nevertheless I anticipate every day that he will come.”