Home » Why Sic the FBI on the IDF? 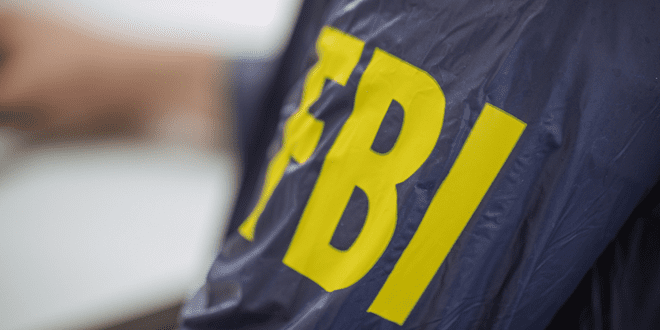 Covering armed conflicts is a risky business. Shireen Abu Akleh, a reporter for Al-Jazeera, must have known that.

A Jerusalem-born, naturalized U.S. citizen, Ms. Abu Akleh went to the West Bank town of Jenin on May 11 to cover a clash between the Israeli Defense Forces (IDF) and members of a Palestinian terrorist cell responsible for more than a dozen recent murders of Israeli civilians in Israeli cities. A bullet struck and killed her.

She was the thirteenth Al-Jazeera journalist killed in a conflict zone somewhere around the world since the news-and-propaganda outlet, owned by the state of Qatar, was founded in 1996.

Palestinian Authority spokesmen immediately claimed that Abu Akleh had been murdered by an Israeli soldier, and the P.A. refused to cooperate with the IDF’s investigation.

On May 19, 57 Democratic House members called on the FBI and State Department to launch an investigation into Abu Akleh’s death.

On June 23, two dozen Democratic Senators, led by Sen. Chris Van Hollen, called on President Biden to “ensure the direct involvement of the United States in the investigation.”

What did these letters say about Israelis being attacked from the West Bank, about their right to defend themselves and about the responsibility of the Palestinian Authority to deal with terrorists in the territories it governs? Not a word.

In July, the U.S. Security Coordinator for Israel and the Palestinian Authority (USSC)—a highly respected three-star general—concluded that “gunfire from IDF positions was likely responsible for the death of Shireen Abu Akleh.”

The State Department added that there was “no reason to believe that this was intentional but rather the result of tragic circumstances during an IDF-led military operation against factions of Palestinian Islamic Jihad,” a U.S.-designated foreign terrorist organization.

Nevertheless, the IDF continued to investigate and, in September, acknowledged “a high possibility that Ms. Abu Akleh was accidentally hit by IDF gunfire aimed at suspects identified as armed Palestinian gunmen.”

So, case closed, right? Apparently not. The U.S. Justice Department recently informed the Israeli Justice Ministry that the FBI has opened another investigation.

“The IDF thoroughly investigates any irregular event and is committed to the values and laws of democracy,” he said. “Our soldiers will not be investigated by the FBI or by any other foreign country or entity, however friendly it may be. We will not abandon our soldiers to foreign investigations,” he said.

The United States follows the same policy, based on the principle that the legitimacy of the justice systems of free and democratic nations deserve respect. Americans—and only Americans—investigate and discipline American service members. This policy has been put into practice on numerous occasions.

The Committee to Protect Journalists has documented 13 reporters killed by the American military in Iraq. One example: In 2003, Tareq Ayyoub, a Jordanian working for Al Jazeera, was killed when an American missile struck the station’s Baghdad bureau. U.S. Central Command said that American forces were responding to enemy fire and that Ayyoub was caught in the crossfire. Al-Jazeera denied that any fire came from its building.

More recently, the United States has declined to cooperate with investigations by the International Criminal Court involving American troops and CIA officers accused of war crimes in Afghanistan. Neither the United States nor Israel recognizes the authority of the ICC.

So, why go after Israel? According to Axios, both the White House and the State Department have told the Israeli government that “they were not behind the FBI decision.”

Who was? Sen. Van Hollen has been adamant that the United States must distrust Israel. “There are a number of us that are not going to allow this to be swept under the rug,” he said at an August Senate sub-panel hearing that was intended to focus on China.

In September, he called on the United States to determine whether the IDF had “committed a gross violation of human rights” and should be denied further American military assistance as punishment.

Van Hollen even disputed the IDF’s claim—and the conclusion of the American three-star general—that Israeli soldiers were “returning fire” at militants, insisting that there is no evidence of “such firing at the time.” Perhaps he thinks Abu Akleh was in Jenin to cover peace talks?

He also might consider the root cause of this tragedy. Last week, two people were killed in Poland by what was likely a surface-to-air missile misfired by Ukrainians attempting to defend themselves from Russian missiles. Rep. Adam Smith, Democratic Chairman of the House Armed Services Committee, observed that blame for the tragedy should fall on Russia for “invading and attacking Ukraine.”

As noted above, terrorists from the West Bank—members of Hamas, Palestinian Islamic Jihad and other groups funded and directed by the Islamic Republic of Iran—have for months been infiltrating into Israel and murdering Israelis.

Why is Sen. Van Hollen giving them a pass? Could it be related to the fact that Israel is the world’s only Jewish-majority state? Does he believe that some lives matter less than others?

Final question: Did no one from the FBI or the Justice Department think to have a discussion with the White House or State Department before proceeding with a probe sure to damage America’s relations with its closest Middle Eastern ally?

The least bad—and perhaps most likely—end to this episode: The FBI takes one more look at the evidence, finds nothing new or surprising, and then quietly closes the case, confirming the conclusions of the USSC and the IDF.

Some of us, however, will continue to wonder: Why were Sen. Van Hollen and his colleagues so determined to sic the FBI on the IDF?