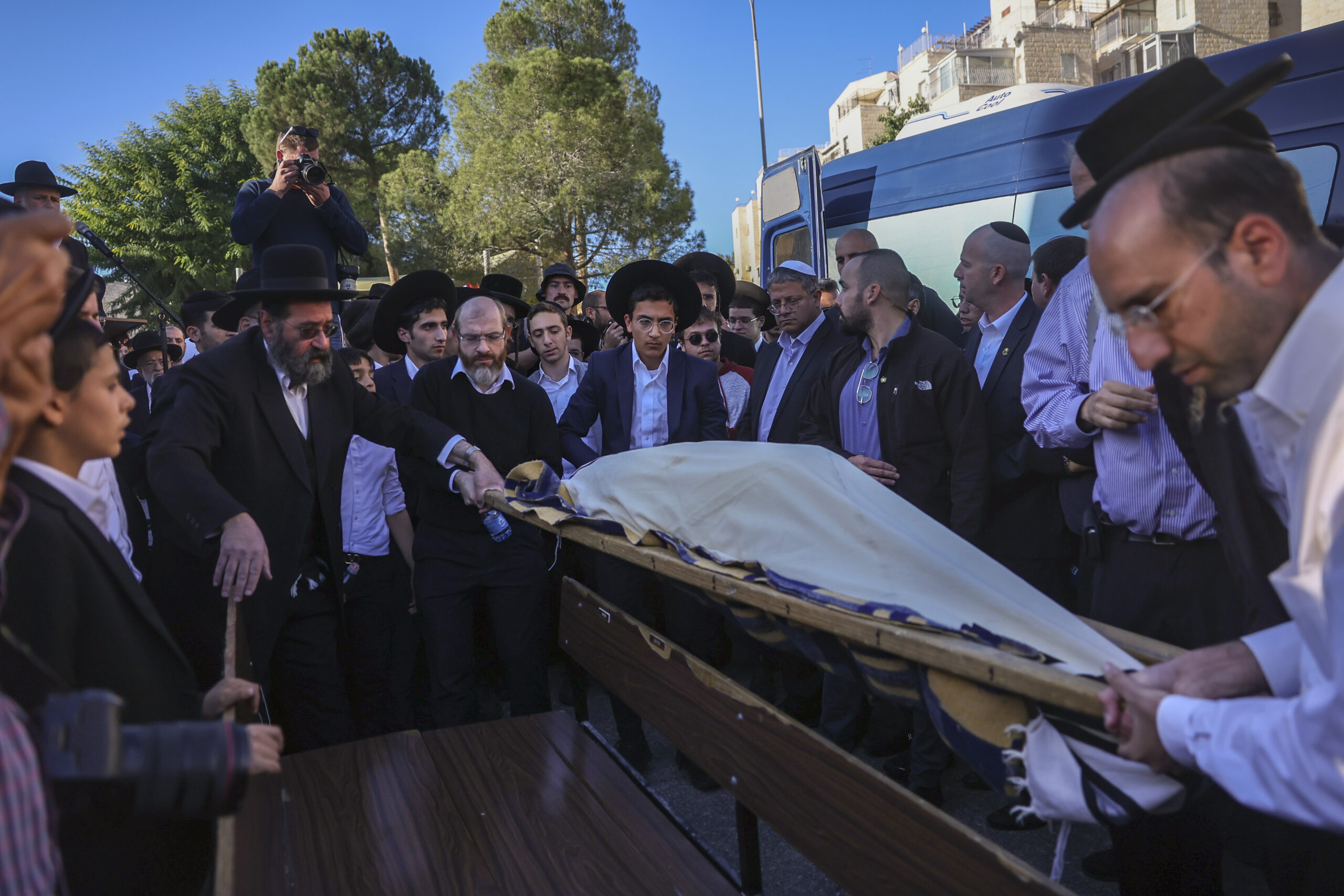 The victim of the terror attack that targeted a bus stop at the entrance of Jerusalem Wednesday morning was named as 16-year-old Aryeh Shechopek, a yeshiva student.

In addition to Israeli citizenship, Shechopek also had Canadian citizenship. He was a resident of the Har Nof neighborhood. A friend of his was also injured in the attack.

The boy was laid to rest in the Har Hamenuchot cemetery later in the day.

“I just want to say goodbye to my son,” his father said during the ceremony. “God gave and God took away. Aryeh was a boy who taught us a lesson.”

Rabbi Naftali Schreiber, the head of the yeshiva attended by Shechopek also eulogized him.

“When I started teaching here 22 years ago, I thought I was going to educate the children of Israel in the Torah, but how many deaths there have been among my students,” he said, referring to a classmate of Aryeh who was killed in the Meron disaster last year.

“I did not think that just after one year, another student from the same class would also die so suddenly, in one boom,” he added.

“He was the special one in the group, a guy so beloved by his friends, loved by everyone, full of humor and happiness,” Shlomo Benjamin, a friend of Aryeh, told Kan.

A second attack at a different bus stop in Ramot was also registered on Wednesday. The two attacks left over 20 people injured.