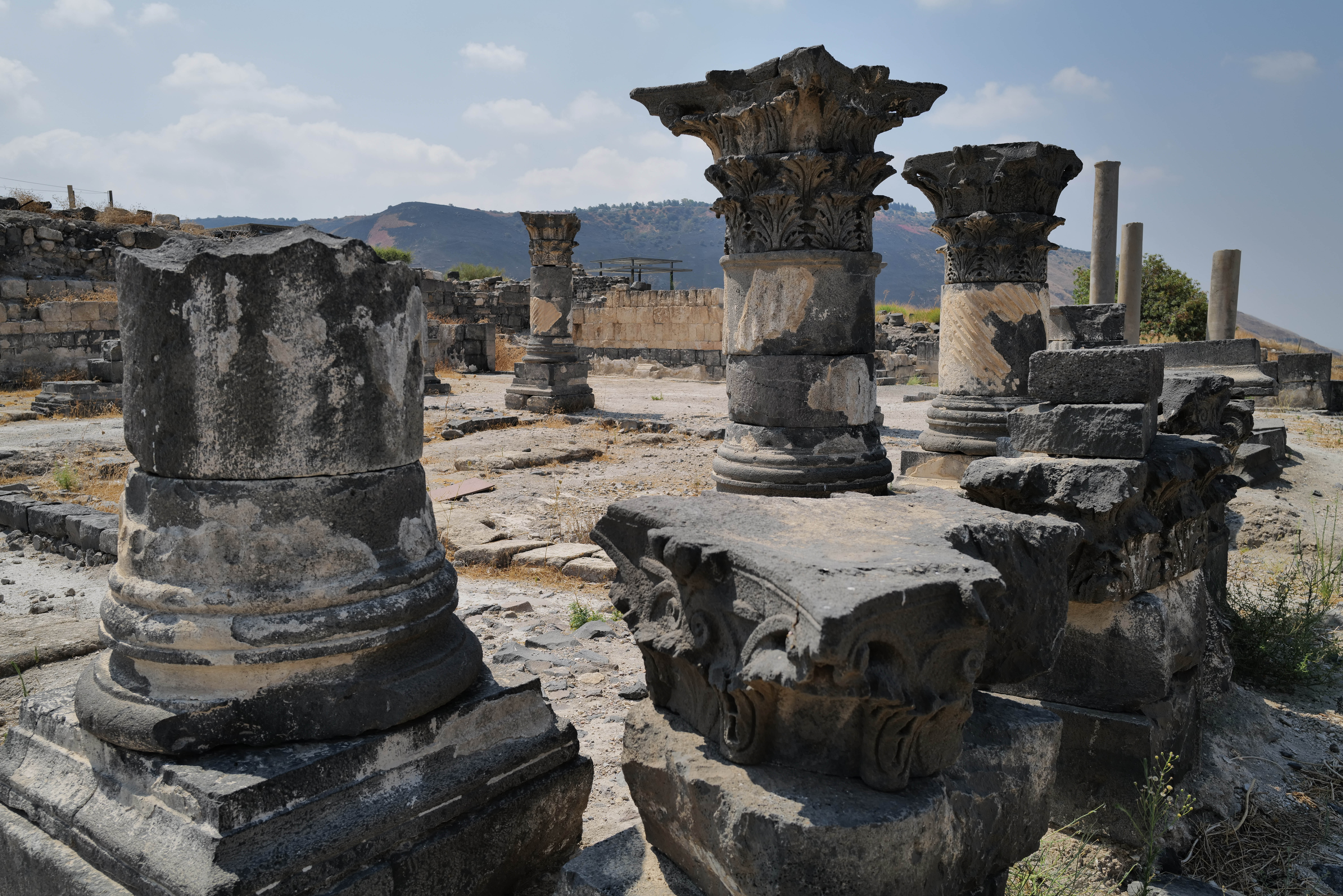 Recent archaeological discoveries have revealed that the ancient city of Hippos in the Golan was a vibrant center for Christians during the Byzantine period, Haaretz reported.

Hippos was part of the Decapolis, a group of ten cities closely tied to Greco-Roman culture. It was known to be an important city and religious center for the pagan Seleucids.

However, archaeologists have discovered seven churches in Hippos constructed during the Byzantine period. They recently announced that during excavations last summer, four mosaics were discovered in the Martyrion of Theodoros, also called the “Burnt Church”. Located in the westernmost part of the city, the church is small and rudimentary and is believed to have served the poorest community of the city. Constructed in the second half of the fifth century, the church was destroyed by fire in the first half of the 7th century CE.

To date, seven such inscriptions have been discovered at the Burnt Church, giving researchers insight into the religious life of these early Christians. One mosaic near the entrance to the church credits Megas as the “most holy bishop,” who sponsored the main mosaic of his brothers Eusebiοs and Iobiοs, for whose souls Megas advocated.

Another inscription in a side chapel reads, “Offering in favor of salvation and succor for Urania and Theodoros. Lord God, accept! Amen! In the time of indiction 4 and year 619.”

Researchers believe that the two men built the chapel and are interred in an adjacent room.

Another mosaic references a goldsmith who is also a priest:

“Offering of the priest Symeonios, goldsmith, custodian [?], He [the Lord] will protect him and his children and his wife,” the mosaic reads.

Based on the inscriptions, the researchers believe that the Greek language had changed when it was transplanted into Israel and was no longer spoken. Prof. Gregor Staab, an epigraphist from the Institute of Classical Studies at the University of Cologne, theorized that despite not being used in everyday life, Greek was the only language used for religious purposes.

“In the ecclesiastical world, it was unthinkable to come up with the idea of using a language other than Greek – even if one was aware that this language was no longer mastered to the extent actually required,” Staab said to Haaretz. “The original language of Christian liturgy and prayer to God was Greek, so it had to be considered impossible to deviate from using it in the Christian context (and so in the mosaics too).”

A previously revealed mosaic depicted two fish and five loaves, matching the New Testament story of Jesus feeding 5,000 people. Christian tradition holds that the miracle took place nearby on the northwestern edge of the Sea of Galilee, where the Church of the Multiplication now stands in Tabgha.

Another mosaic shows 12 baskets holding five pieces of bread corresponding to the New Testament story of Jesus Feeding the Multitude next to the Sea of Galilee.

Yet another mosaic depicts a peacock, a breed that did not exist in Galilee but is common in Byzantine mosaics as it is a part of Christian symbolism.

Also known as Sussita, Hippos is strategically located on a flat-topped foothill overlooking the Kineret (Sea of Galilee).  Hippos controlled two harbor facilities on the Sea of Galilee and a large area of the surrounding area. The site was inhabited during the Hellenistic Period in the third century BCE either as a military outpost or an urban settlement of Seleucids by the Macedonian Greek Ptolemies. The city grew and contained a temple, a central market area, and other public structures.

Conquered by the Romans in 63 BCE, the city was given to Herod the Great in 37 BCE and returned to the Province of Syria at his death in 4 BCE. Josephus, the first-century Romano-Jewish historian described the city of Hippos as a pagan enemy of Israel that persecuted its Jewish population. The city became part of Roman Syria in 135 CE and flourished.

After Christianity became officially tolerated in the Roman Empire, the city was gradually Christianized, becoming a Byzantine seat in the fourth century.

The earthquake of 749 CE destroyed Hippos and it was abandoned permanently.