I will turn you around and put hooks in your jaws, and lead you out with all your army, horses, and horsemen, all of them clothed in splendor, a vast assembly, all of them with bucklers and shields, wielding swords. Among them shall be Persia, Nubia, and Put, everyone with shield and helmet;

Home » As Iran gets closer to a nuclear weapon, what does biblical tradition say about it? 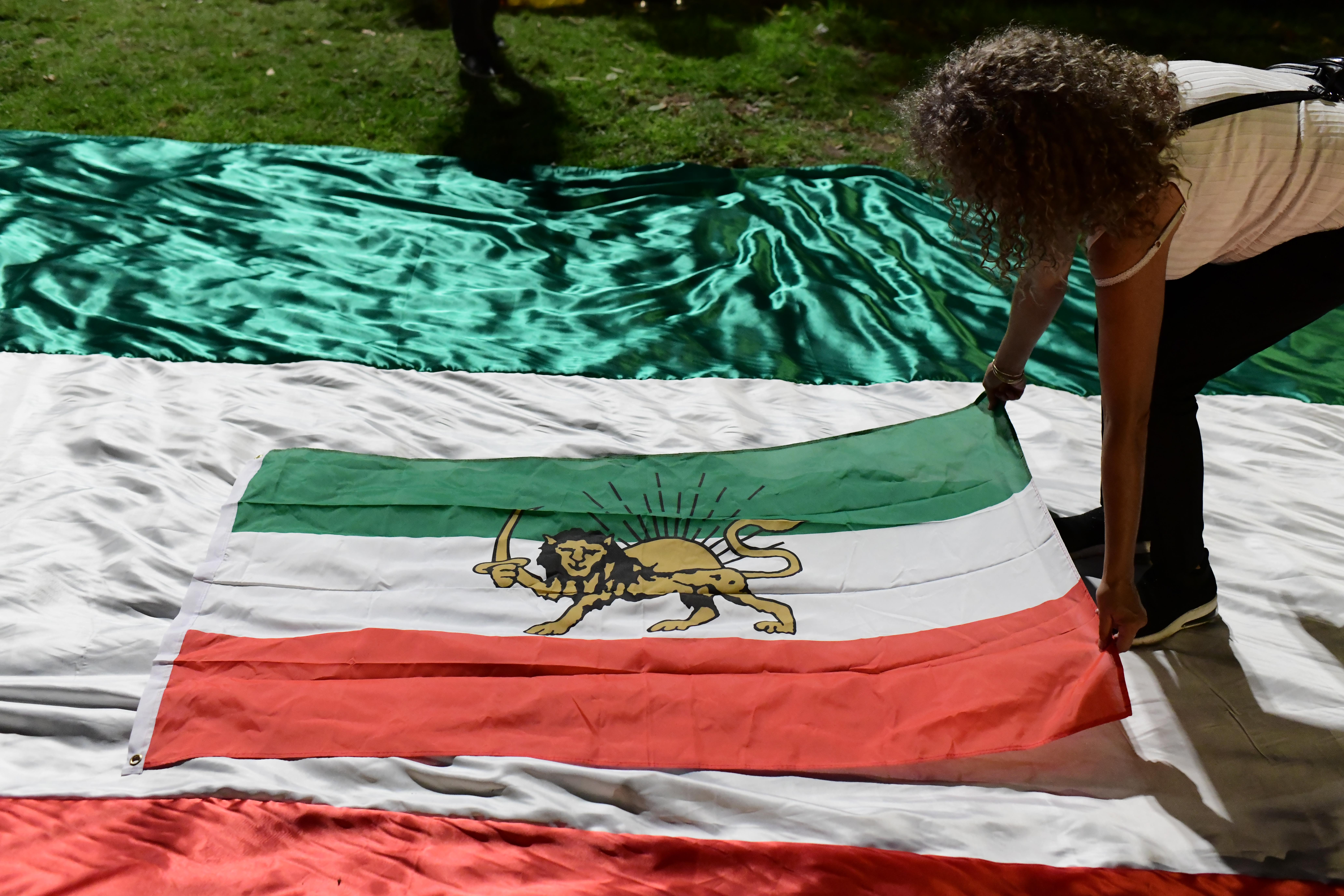 Iran has enough fissionable uranium for more than one nuclear device, the Director General of the International Atomic Energy Agency (IAEA) Rafael Grossi said in an interview with 60 Minutes’ Lesley Stahl that was aired on Sunday.

“At the current level of production of this enriched uranium, Iran has accumulated already enough material to have more than one device, if they chose to do that. But we don’t have any information that would indicate that Iran has a nuclear weapon program at the moment,” he said.

Earlier this month, the IAEA released its quarterly report stating that Iran has an estimated 62.3 kilograms of uranium enriched to up to 60% fissile purity. That level of purity is one short, technical step away from weapons-grade levels of 90%.

The report also noted that the IAEA was unable to verify the exact size of Iran’s stockpile of enriched uranium due to limitations that Tehran imposed on UN inspectors last year. Iran also removed the agency’s monitoring and surveillance equipment in June at sites in Iran.

A recent report in the Jerusalem Post cited top Israeli officials as saying that even if Iran passes the 90% purification threshold, it will still take another two years to develop a nuclear device and delivery system.

A senior official recently told Associated Press that the Biden administration has “hit a wall” in its efforts to revive the 2015 Joint Comprehensive Plan of Action, commonly referred to as the Iran nuclear deal. There are no active negotiations at the moment.

Up to February 2019, the IAEA had certified that Iran was still abiding by the JCPOA however, in July 2019, after the United States withdrew from the JCPOA, the IAEA stated that Iran had breached the agreement. Since its nuclear program’s inception in the 1970s, Iran insisted that its program was for peaceful purposes. But in 2021 the Iranian regime announced that its nuclear program included weapons.

The US has several alternatives to the JCPOA that might curb the Iranian nuclear program, one of which is economic sanctions. Some political analysts have suggested that military interventions are being considered and President Biden has stated that the United States is prepared to use force against Iran as a “last resort.” This force may be direct US military engagement or it may include accelerating the delivery to Israel of key defense systems such as refueling tankers for long-range air strikes, enabling Israel to strike Iran’s nuclear infrastructure.

Iran, what was historically known as Persia, is identified by the Prophet Ezekiel as an end-of-day foe of Israel.

I will turn you around and put hooks in your jaws, and lead you out with all your army, horses, and horsemen, all of them clothed in splendor, a vast assembly, all of them with bucklers and shields, wielding swords. Among them shall be Persia, Nubia, and Put, everyone with shield and helmet; Ezekiel 38:4-5

It is clear that Israel is a primary target for the Iranian regime. If they choose to act on this intention, an intercontinental ballistic missile armed with a nuclear warhead will undoubtedly be the weapon of choice. Iran is over 1,100 miles from Israel. Intercontinental ballistic missiles travel at approximately 3.5 miles per second. Based on these figures, a nuclear-capable ICBM from Iran would arrive in Israel 5-7 minutes after being fired.

The Bible predicts that the pre-Messiah War of Gog and Magog will be unnaturally fast.

At eventide, lo, terror! By morning, it is no more. Such is the lot of our despoilers,The portion of them that plunder us. Isaiah 17:14

This was also the tradition from the Vilna Gaon (a prominent 18th-century Torah authority) teaches that the war of Gog and Magog will last 12 minutes. This 18th-century prophecy of a 12-minute war was surprising, as it came several hundred years before the advent of nuclear weapons. Conventional wars necessarily last much longer and such a quick war was inconceivable at the time.

Current events resemble the vicissitudes from the days of Cyrus the Great, Rabbi Winston said.

“He started out as a benevolent ruler and Persia helped the Jews return from exile and build the Second Temple,” he noted. “That was similar to the United Nations declaring the modern state of Israel in 1948. At first, Iran, which was then Persia, was an ally of modern Israel.”

“Not long after Cyrus enabled the Jews to return from exile, the politics changed and Cyrus reversed his position,” he added. After the Iranian revolution in 1978, Tehran stopped being an ally of Israel and dedicated itself to our destruction. Similarly, the UN turned on Israel, and everything they have done since 1948 has been to the detriment of Israel.”

Rabbi Winston explained that according to the Talmud, building the Temple and releasing the Jews was not attributed to Cyrus.

“In a similar manner, Iran was never a true ally of Israel, and neither was the UN,” the rabbi said. “They were carrying out a temporary purpose. Of course, like every nation, they had free will to choose to bless Israel and be blessed in return. But they did not.”