Moshe chose capable men out of all Yisrael, and appointed them heads over the people—chiefs of thousands, hundreds, fifties, and tens; Exodus 18:25

Home » The Republican Jewish Coalition convention just ended. Here is everything you need to know about it 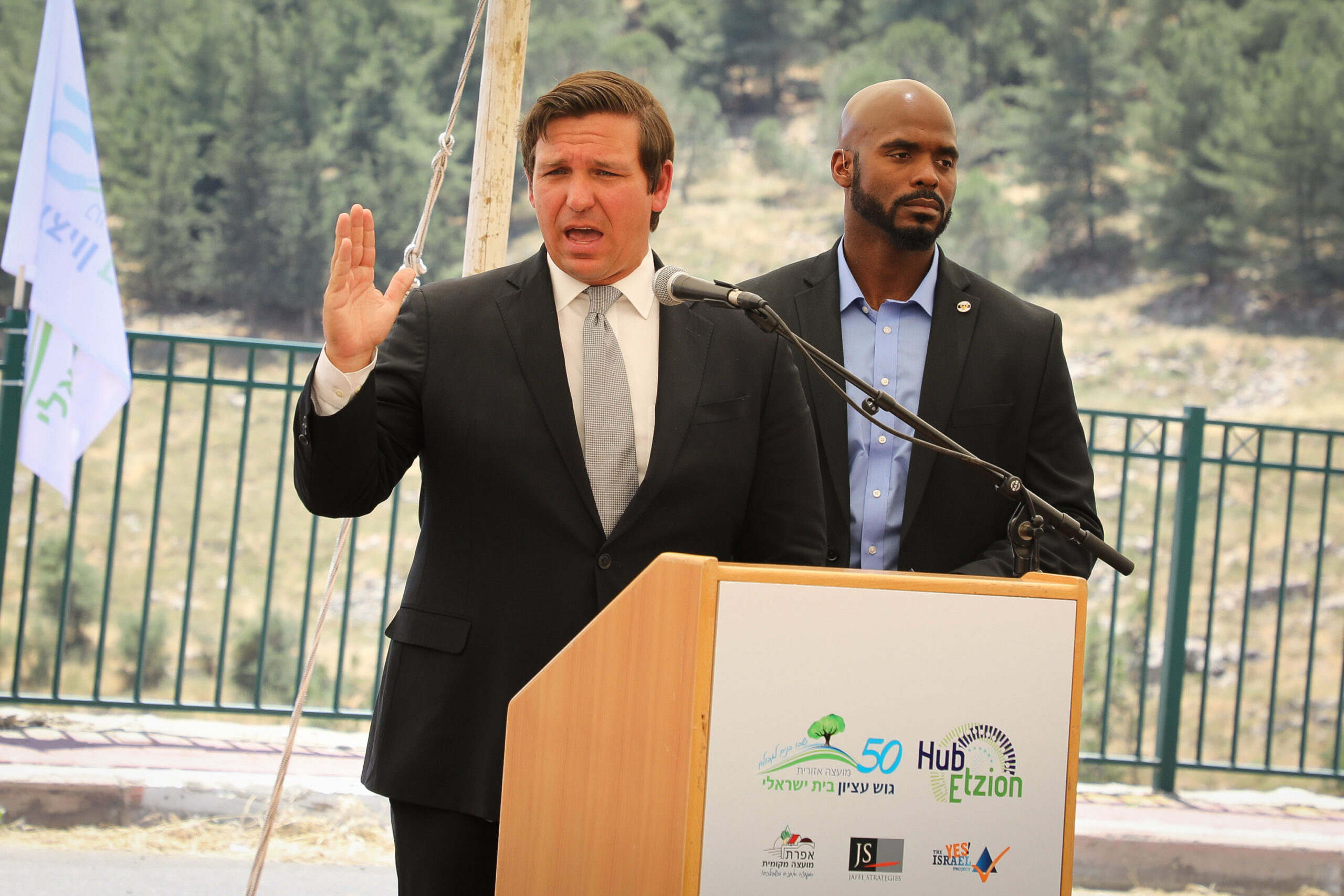 The official mission statement of the RJC is to foster and enhance ties between the American Jewish community and Republican decision-makers. The event was held in Las Vegas at the Venetian casino resort, as it has been for several years. The resort was owned by Sheldon Adelson, a powerful advocate for Israel and conservative politicians in Israel and the US until he passed away in January 2021. He and his wife Miriam Adelson were Donald Trump’s largest donors and a major backer of Israel’s prime minister Benjamin Netanyahu.

The annual event connects candidates with potential Jewish donors and the organizers said that at least 850 delegates were in attendance. This year’s event was clearly being treated as a testing ground for the 2024 presidential elections. Though they may seem far off, presidential primary debates could begin in nine months. By the summer of 2015 preceding the 2016 election, there were already 17 candidates in the race.

Trump, the only declared candidate to date, was a wild card at the convention. He cited an undefined “conflict” as late as last week that prevented him from attending but on Thursday, he announced that he would address the crowd via satellite, which he did on Saturday morning.

Israeli Prime Minister Benjamin Netanyahu is in the midst of coalition negotiations so he also addressed the conference by video. Netanyahu was asked about his relations with President Biden, responding that they have been friends for 40 years since he was deputy chief of mission at the Israeli embassy in Washington.

“I’ve had the privilege of dealing with several American presidents, and I can tell you, even though there were occasional differences with Republican and Democratic presidents, I valued the constancy of the American-Israeli alliance,” Netanyahu explained.

Netanyahu claimed that he respected former President Obama and only reluctantly addressed the House in opposition to the Iran deal. He did admit that the Iran nuclear deal brokered by the Obama administration helped bring about normalization with the Arab nations in the Trump-brokered Abraham Accords.

The Israeli PM praised Trump, noting that normalization with the Arab nations was only achieved “because we went around the Palestinians”.

It should be noted that the Biden administration has expressed its dedication to the two-state solution.
Private meetings are also part of the gathering and on Thursday night Virginia Governor Glenn Youngkin met with RJC VIPs behind closed doors.

As a Republican from California, Kevin McCarthy served as the House Minority Leader but is hoping to be chosen as the next Speaker of the House in the near future. In his address on Saturday, McCarthy vowed to remove Ilhan Omar, the Minnesota Democrat, from the House Foreign Affairs Committee. This announcement was met with powerful applause. Omar’s frequent criticism of Israel has frequently bordered on antisemitism.

McCarthy pledged back in January to also remove Adam Schiff and Eric Swalwell from their committee assignments if Republicans retook the House.

Also in attendance (in person) was Florida Governor Ron Desantis whose Saturday night slot was considered an indication of his favored status at the gathering. Desantis did not disappoint, referring to the Biblical heartland by the more accurate terms “Judea and Samaria” rather than the politically biased term “the West Bank.”

“We were the first statewide elected officials to do public events in Judea and Samaria,” DeSantis said, using the biblical names for the West Bank as favored by right-wing Israelis. “We understand history. We know those are thousands of years of connection to the Jewish people.”

“I don’t care what the State Department says. They are not occupied territory, it is disputed territory. You gotta know the history,” DeSantis said to applause.

In addition to his support for Israel, the incumbent Florida governor touted his COVID policies that “chose freedom over Fauci-ism” and also his anti- “woke ideology” policies.

“We won the highest share of the Jewish vote for any Republican candidate in Florida history,” DeSantis said.

Though Nikki Haley hasn’t announced her candidacy for any political race, she was a favored guest, having endeared herself to the Jewish people for her powerful Israel advocacy as the US ambassador to the United Nations.

“A lot of people have asked if I’m going to run for president now that the midterms are over,” Haley said. “I’ll look at it in a serious way and I’ll have more to say soon.”

She did hint that she would give a campaign “1000%” if nominated.

“I’ve never lost an election, and I’m not going to start now,” she said as the crowd roared.

Haley said that if the Biden Administration succeeds in reviving the 2015 Iran nuclear deal, “the next president will shred it on her first day in office.”

American Jews have historically voted Democrat but this is shifting. According to a midterm election poll by Fox News, 33% of Jewish voters polled voted Republican in 2022, up from 30% in 2020 and 24% in 2016.