Trump is Entitled to Gratitude, Not a Free Pass for 2024

Home » Trump is Entitled to Gratitude, Not a Free Pass for 2024 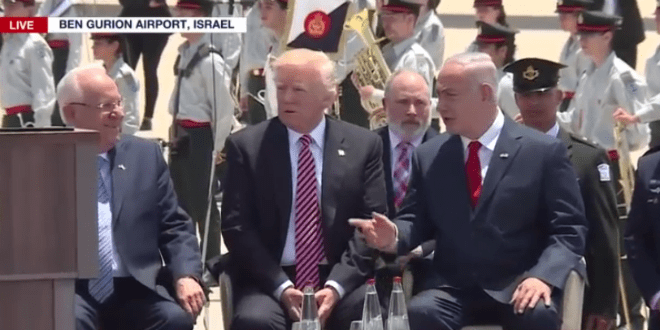 The Zionist Organization of America (ZOA) took a lot of flak for choosing to honor former President Donald Trump at its annual gala this past week. Trump isn’t just disliked by the majority of American Jews who remain loyal Democrats. They hate and blame him for antisemitism and anything else bad that they can think to pin on him. But to the pro-Israel community, Trump remains a hero, and the cheers for him at the ZOA dinner were loud and long.

Coming as it did only two days before he announced that he was running for president in 2024, however, the timing of the ZOA award raised some interesting questions for those in attendance and other members of the pro-Israel community. Should their gratitude for Trump’s historic decisions—including recognizing Jerusalem as Israel’s capital and moving the U.S. embassy there from Tel Aviv—mean that they are now obligated to back his bid to return to the White House?

The answer from Trump’s loyal base is an unequivocal “yes.” But, with the midterm election results showing much of the electorate, including Republicans, displaying clear signs of Trump fatigue, the reply from many others may not be to his liking. This applies in particular to pro-Israel voters, since the potential GOP presidential alternatives are just as supportive of the Jewish state as he.

At the ZOA event, Trump returned to a familiar theme: expressing dismay about the fact that most Jewish Americans don’t prioritize Israel at the ballot box. Liberals seeking to twist his meaning and treat his complaints about Jews voting for Democrats who are equivocal about or even hostile to the Jewish state as an accusation of dual loyalty are wrong.

He simply takes Jewish voting patterns, like everything else, personally. As is the case with many other non-Jewish politicians, he still can’t grasp the reason that most Jews feel no gratitude for his having been the most pro-Israel president in U.S. history.

What he fails to realize is that although the vast majority of Jews may feel some affection or concern for the Jewish state, in the absence of clear evidence of antisemitism—and sometimes not even that is enough—Jewish Democrats will vote for their party’s candidate even if the GOP rival is an ardent supporter of Israel.

Liberal Jews tend to see “social justice”—shorthand for a progressive/left-wing political agenda—as inseparable from their religious views and ethnic identity. That’s why they view voting for a Republican, let alone a figure as polarizing as Trump, as akin to a betrayal of their deepest beliefs. It also explains why they are so quick to believe false accusations of antisemitism against him.

But that still leaves a sizable minority of American Jewry who is friendly to Trump. Just how big a slice of their vote goes to Republicans is a matter of dispute.

The most reputable exit poll of the 2022 elections, conducted by the Associated Press and Fox News showed that 33% of those who identified as Jewish voted for GOP candidates. This is an increase over the past two election cycles; in 2020, it was 30%, and in 2016, it was 24%.

Democrats prefer the results of a poll commissioned by the left-wing lobby J Street that showed Republicans garnering only 25% of the Jewish vote. Those who believe that number point to its weighting the results to the composition of American Jewry along denominational lines. Those who hold with the AP/Fox poll, on the other hand, consider its much larger sample size to reflect the situation more accurately.

Either way, this still makes for a lot of Jewish votes going to Republicans. And given that demographic trends favor the growth of Orthodox Jews—who are both far more likely to prioritize Israel when voting and politically conservative—there’s hope for the Republican Jewish Coalition (RJC).

The fact that Jewish donors provide a disproportionate amount of the campaign contributions to both parties also makes pro-Israel sentiment a not unimportant aspect of the 2024 race.

Seen in this light, Trump’s long-expected declaration of his candidacy puts Jewish Republicans and the pro-Israel community in a bind. His most likely primary opponents will all be in attendance at the RJC’s upcoming annual conference.

Trump was not supposed to go but changed his schedule at the last moment to appear, likely knowing that his absence would be seen as abandoning the field to the other potential candidates. Nevertheless, he will probably be none-too-pleased that the other would-be nominees will also be warmly applauded by Jewish Republicans. At the top of the list is Florida Gov. Ron DeSantis.

Trump was one of the big losers of the midterms, since many of his hand-picked congressional candidates—those who most identified with his claims that the 2020 presidential election was stolen from him—were defeated.

By contrast, DeSantis didn’t merely win re-election by a landslide; his effective governance and provocative championing of conservative cultural arguments helped turn Florida from a swing state to a deep red one. Furthermore, he has a long record of support for Israel, as well as close connections to the Jewish community.

Trump was once closely allied to DeSantis, but now views him with suspicion as a potential rival. His recent insulting remarks were clearly intended to intimidate the governor in much the same way that he diminished his 2016 GOP primary opponents.

DeSantis hasn’t taken the bait. Whereas most of Trump’s outrageous epithets are directed at people the conservative base detests, these shots were at someone they admire. In the wake of the disappointing midterms results, the tantrum may have done more damage to the former president than it did the governor.

Nevertheless, the loyalty that many Republicans feel for Trump—something that only increases with each attack on him by the Biden administration and the Democrats in the House and Senate—shouldn’t be underestimated. If his opponents are thought of as representing the Washington establishment, they will lose.

As he did in 2016, Trump would also benefit from a multi-candidate race in which the contenders split the votes among the 40-60% of Republicans who would like to move on from the former president.

While national polls have given Trump a big lead in the 2024 GOP race, the gap between him and DeSantis is closing. And some recently released state polls point to DeSantis moving into first place.

The party and his opponents also have to consider the very real possibility that even if he lost in the primaries, he wouldn’t accept defeat. Instead, he would run as an independent, more or less guaranteeing a Democratic win in November. In that manner, he may exercise an effective veto on the GOP’s ability to choose a candidate not named Donald Trump.

Even more troubling is the question of how he would react if a critical mass of Jewish Republicans went all in for DeSantis or someone else. Trump views all opposition not so much as wrongheaded, but as an act of lèse-majesté.

If he perceives that pro-Israel voters and donors are deciding that he can’t win and would drag down other Republicans at a time when the Democratic Party is increasingly hostile to the Jewish state, he may start lashing out not only at the Jews who don’t care about Israel, but at those “ingrates” who do.

Trump’s conduct in office has earned him the indebtedness of the Jewish community. But it does not entitle him to anyone’s vote in 2024.

Unlike in 2016, when his campaign was about empowering working-class voters whom both party establishments had abandoned, he now seems mostly interested in rehashing his personal grievances about 2020, rather than offering a vision for the future.

Though the campaign has just begun, pundits will do well to watch closely whether he can hold onto the kind of Jewish applause he got at the ZOA dinner now that he’s formally entered the 2024 race. It will go a long way toward determining whether he can also maintain his perch atop the GOP.