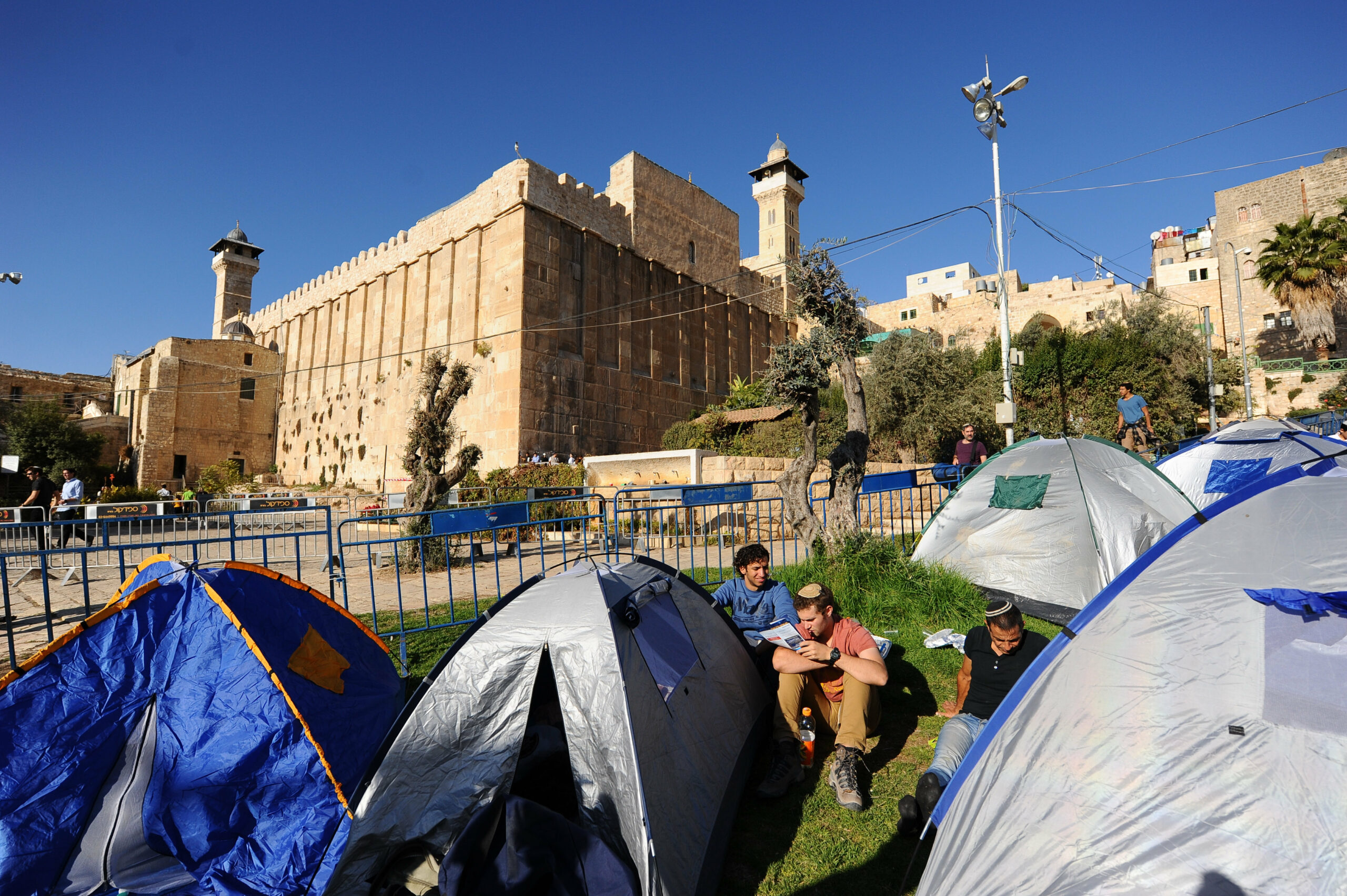 This Shabbat, tens of thousands of people are expected to converge on Hebron and its adjacent sister city, Kiryat Arba to celebrate the purchase of the Machpelah Cave of the Patriarchs described in the Bible.

This week Jews around the world are reading the Torah portion of Chayei Sarah (Genesis 23:1–25:18) describing the purchase of the Machpelah Cave and the fields around it from Ephron the Hittite for four hundred shekels of silver as a burial site for his wife, Sarah. The Biblical couples of Abraham and Sarah, Isaac and Rivkah, and Jacob and Leah were buried in the Machpelah Cave. Jewish tradition holds that the Cave of Machpela is also the burial place of Adam and Eve and leads to the Garden of Eden.

Hebron, the site of the oldest Jewish community in the world, is one of the four holy cities of Judaism.

In 2019, a new record was set with 45,000 people attending but celebrations did not take place in 2020 due to pandemic restrictions. Yishai Fleisher, the international spokesman for the Jewish community of Hebron, related the history and the function of the event. The Hall of Isaac and Rivka, normally reserved for Muslim prayers, will be open to the Jewish public on this Shabbat.

“The event began in the 1990s as a political statement to say to the Israeli government and the world, ‘This is ours, don’t take it away’, Fleisher said. “And actually, the message was to Binyamin Netanyahu at the time. But since then it’s really evolved into much more than a political statement. This is a huge spiritual heritage statement, a national statement being made by people getting together here in Hebron and hearing the Torah portion describing the original purchase of the tomb of the patriarchs and matriarchs by Abraham.”

Over the cave is a large structure built by the Israeli King Herod. During the periods in which Muslims ruled over Hebron, Jews were forbidden from praying inside the building and were relegated to the stairs leading up to the site. In 1929, Arab rioters murdered 69 Jews and the British evacuated the remaining Jewish community. In 1948, the Jordanian Arab Legion conquered the city. No Jews remained in Hebron until Israel conquered it in the 1967 SIx-Day War, when Hebron came under Jewish control for the first time in 2,000 years and the 700-year-long restriction limiting Jews to the seventh step outside was lifted.

Under the present arrangements, Jews are restricted to entering by the southwestern side, and limited to the southwestern corridor and the corridors that run between the cenotaphs, while Muslims may enter only by the northeastern side.

Rabbi Simcha Hochbaum, the Director of Tourism for the Hebron Fund, had a different understanding of the gathering.

“All of the Jews of Hebron are busy getting ready for the great Shabbat of Chayei Sarah when thousands of people come to this holy place to be living in synch with the Torah,” Rabbi Hochbaum told Israel365 New. “On this Shabbat, we read about Abraham making his first purchase of land in the land of Israel and buying the double cave and the fields around it. Tens of thousands of people are coming this Shabbat to bear witness that this purchase was true and will last forever.”

The Hebron Fund organizes the event including accommodations, admittedly a gargantuan undertaking, but one Rabbi Hochbaum relishes.

“For the people living here, this is so much work but having guests on Shabbat, whether it’s a few or many, is the greatest pleasure,” the rabbi said. “Many people are coming from all over the world to be here in Hebron. It’s a great exciting time, and also a bit stressful. But it isn’t just us, the Jews of Herbon who are hosting the people. Every grandparent waits for the grandchildren to come and visit and for the entire family to be together. So this Shabbat is also a great pleasure for the patriarchs and matriarchs. We are all coming together as a family to celebrate the life and legacy of grandmother Sarah.”