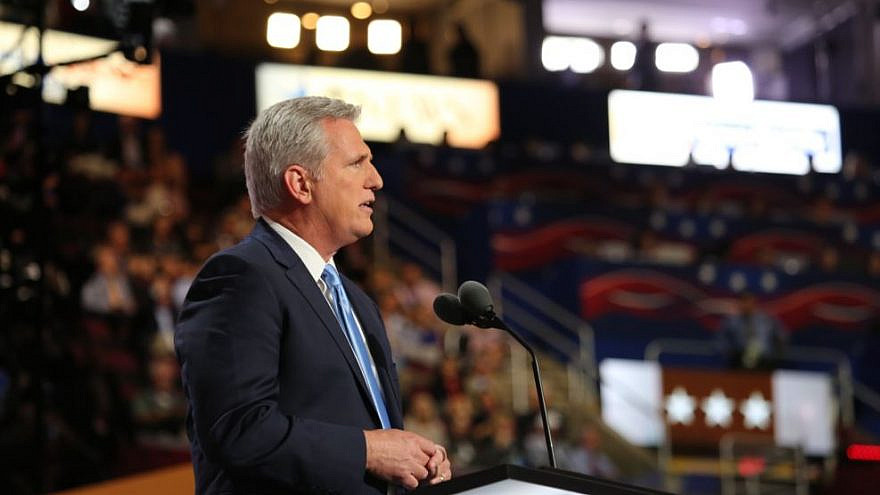 Republicans have secured at least 218 seats in the House of Representatives, giving them a small majority over the Democrats. There are still several races in the 435-member chamber of Congress that have yet to be decided following last week’s midterm elections.

“I’m proud to announce the era of one-party Democrat rule in Washington is over,” he added.

“In this election, voters spoke clearly about their concerns: the need to lower costs, protect the right to choose, and preserve our democracy,” Biden said in a statement. “I will work with anyone—Republican or Democrat—willing to work with me to deliver results for them.”

Any legislation coming out of the House will face a tough climb in the Senate as the Democratic Party maintained control of the upper house following a tight victory in the Nevada midterm election.

A final Senate seat still needs to be determined in Georgia, where Democratic incumbent Sen. Raphael Warnock will face off against GOP candidate Herschel Walker in a Dec. 6 runoff.

The GOP hoped for a “red wave” going into the midterm elections. That did not materialize, giving the Republicans a slim margin of victory and what could become “the party’s narrowest majority of the 21st century, rivaling 2001, when Republicans had just a nine-seat majority, 221-212 with two independents,” the Associated Press reported.