His sons Yitzchak and Ishmael buried him in the cave of Machpelah, in the field of Ephron son of Zohar the Hittite, facing Mamre 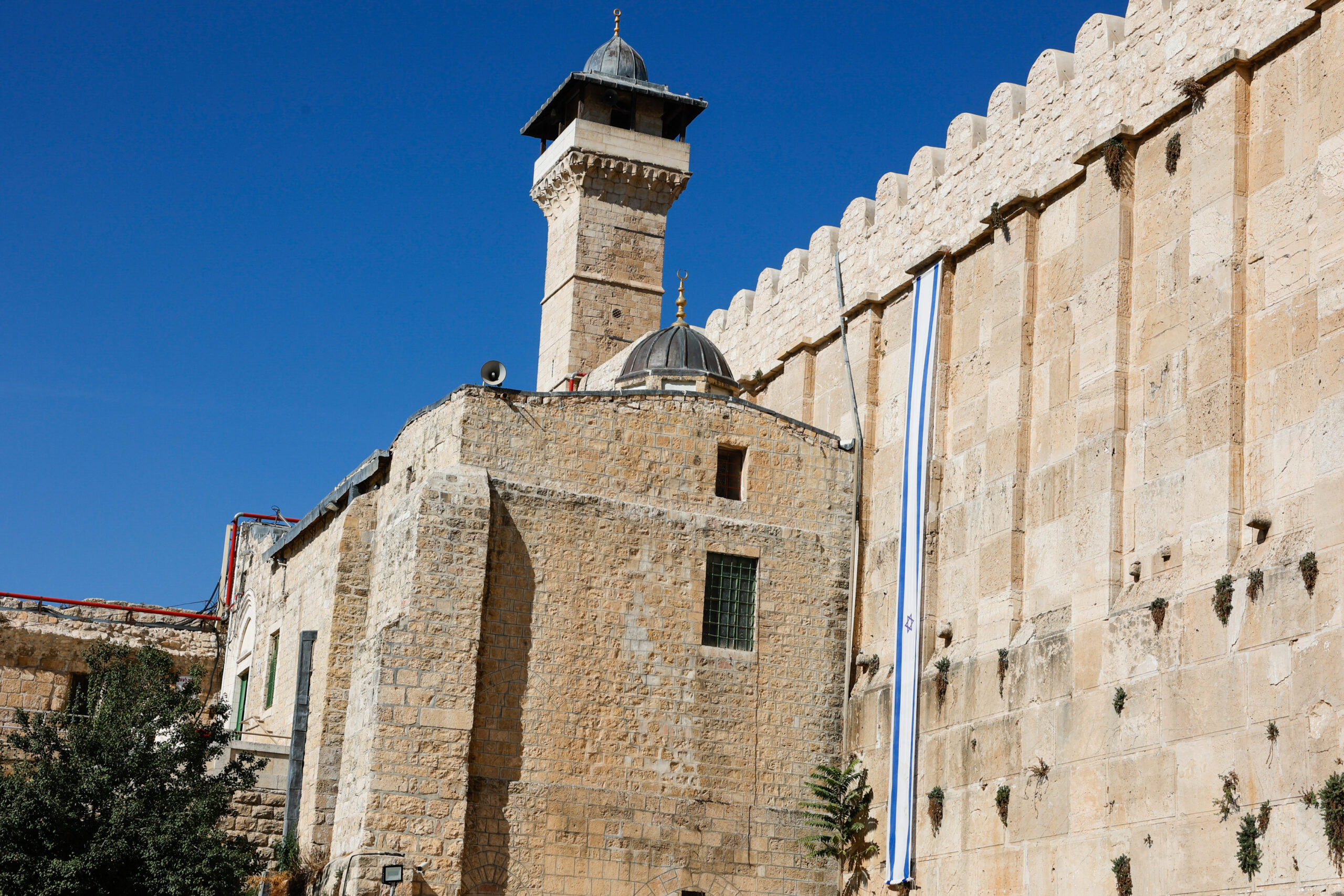 “And Avraham breathed his last, dying at a good ripe age, old and contented; and he was gathered to his kin. His sons Yitzchak and Ishmael buried him in the cave of Machpelah, in the field of Ephron son of Zohar the Hittite, facing Mamre,” reads a passage of this week’s Torah portion Chaye Sarah.

Rabbi Shlomo ben Yitzchak, known as Rashi (11th century France), the greatest and most studied of all Jewish Bible commentators, comments that the fact that Isaac, the younger son, is mentioned before Ishmael, the elder, implies that Ishmael gave precedence to Isaac as Abraham’s primary son. This is viewed as evidence that Ishmael repented. Rashi goes to explain that this is the meaning of the phrase “old and satisfied.” In other words, Ishmael’s repentance while Abraham was still alive, brought Abraham a great measure of contentment in his old age.

The reason that Ishmael’s acceptance of the primacy of Isaac is evidence of repentance is that it shows that he accepted his father’s, and God’s, decision that Isaac, rather than Ishmael himself, would be the sole heir to Abraham’s blessings. Why does this acceptance by Ishmael bring such contentment to Abraham? Perhaps there is more to Ishmael’s repentance.

The Midrash, a wide-ranging collection of writings from the Jewish sages, mostly from over 1000 years ago, includes traditions that expand on the stories in the Bible. The Midrashic stories provide deeper insight into the Biblical text by presenting possible background stories using the characters and storylines of the Bible as a starting point. One of the books of Midrash, called Chapters of Rabbi Eliezer, records a narrative of Ishmael’s life after he was banished from the house of Abraham.

Ishmael dwelled in the wilderness of Par’an (Gen. 21:21). Ishmael sent for and took a wife from the plains of Mo’av. Her name was Issa. Three years later, Abraham went to see his son Ishmael. He swore to Sarah that he would not get down off his camel in the place where Ishmael was encamped. He arrived there at midday and found Ishmael’s wife there. He said to her, “Where is Ishmael?” She said, ”He and his mother have gone to bring fruit and dates from the wilderness.” He said, “Give me a bit of water and a bit of bread, for I am tired from traveling in the wilderness.” She said, “There is no bread and no water.” He said, “When Ishmael returns tell him as follows. Tell him that an old man came from the land of Canaan to see you and said ‘The doorstep to the house is broken.’”

When Ishmael came home his wife told him these things. He banished her. He sent his mother to bring him a wife from her father’s house. Her name was Petumah. After another three years Abraham went to see his son Ishmael. He swore to Sarah, as the first time, that he would not get off his camel in the place where Ishmael was encamped. He arrived there at midday and found Ishmael’s wife there. He said to her, “Where is Ishmael?” She said, “He went with his mother to graze the camels in the wilderness.” He said, “Give me a bit of water and a bit of bread, for I am tired from traveling.” She took some out and gave him. Abraham stood there and prayed to God for his son, and Ishmael’s house became filled with goodness and myriad blessings. When Ishmael came home his wife told him what had happened and Ishmael knew that now his father’s mercies were upon him.” (PdRE, ch. 30)

We know that hospitality and kindness were hallmarks of Abraham’s values from a number of biblical stories. For example, when three angels in the guise of men visited Abraham, he went beyond the call of duty in his efforts to host them. (Gen. 18:1-8) Later, the “men,” who were really angels, arrived in Sodom and were treated very hospitably by Abraham’s nephew Lot who grew up in Abraham’s house. (19:1-3) Lot stayed true to the values Abraham and Sarah raised him with and welcomed the men despite the fact that accepting guests was frowned upon in Sodom, as we can see from the rest of the story there (see. Gen. 19). And then, in this week’s Torah portion, when Abraham sent his servant to his family to find a wife for his son Isaac, Abraham’s servant devised a test to determine who is the right girl for Isaac.

let the maiden to whom I say, ‘Please, lower your jar that I may drink,’ and who replies, ‘Drink, and I will also water your camels’—let her be the one whom You have decreed for Your servant Yitzchak. Thereby shall I know that You have dealt graciously with my master.” – Genesis 24:14

The trait that would decide who would marry Isaac was all about hospitality. When the servant then experienced the extreme hospitality of Rebekah, he knew that she was the right girl to marry Isaac. (Gen. 24:17-21)

Ishmael’s first wife did not reflect the values of his father’s house. Apparently, Ishmael had rejected his father’s teaching of hospitality. Perhaps his distance from his father’s values was due to resentment stemming from his banishment. Whatever the reason, Ishmael, unlike his cousin Lot, did not continue the ways of hospitality after leaving the house of Abraham.

Later, Ishmael realized that the woman that he married was not someone of whom his father approved. He realized that he had strayed from the good ways of hospitality and kindness. He searched for a second wife who would share those values. His criteria for a wife were now the same as the criteria for the wife of Isaac. She must share the value of hospitality. For Ishmael to recognize this meant that he had overcome his resentment towards and rejection of his father and all that he stood for. Although he had been banished and lived a life distant from Abraham, Ishmael realized that he still retained the values with which he was raised as a part of who he was. This realization of the goodness of the values of Abraham, caused Ishmael to accept the will of his father entirely, including the primacy of Isaac.

With this interpretation of Abraham and Ishmael, the sages of the Midrash are teaching us an important lesson.

It is often that as people grow older and build their own independent lives, they forsake the teachings and values with which they were raised. This may be done out of a sense of resentment or a desire to break free. It is often many years before we accept that the teachings of our parents are within us. They shape our sense of right and wrong for life.

Parents who see their children stray from the values that they hold dear often get a sense that all is lost, that their child is no longer their child. Abraham had this same worry. From the moment that Abraham threw Ishmael out of the house, he never stopped worrying about him. After Abraham’s first visit he probably went home shaking his head and wondering if all was lost, if his son forgot how he was raised. A few years later, Abraham lived to see his son’s return to the values of the family.

Most parents of stray “Ishmaels” do not merit seeing the return of their children. Abraham was fortunate in this regard. This is the meaning of the second statement of Rashi with which we began: “This [i.e. Ishmael’s repentance] is the meaning of ‘good old age’ stated regarding Abraham.”

Rabbi Pesach Wolicki serves as Executive Director of Ohr Torah Stone’s Center for Jewish-Christian Understanding and Cooperation, and he is cohost of the Shoulder to Shoulder podcast