Israel prepares to bid farewell to flocks of pelicans passing through

Hashem said, “Let the waters bring forth swarms of living creatures, and birds that fly above the earth across the expanse of the sky. 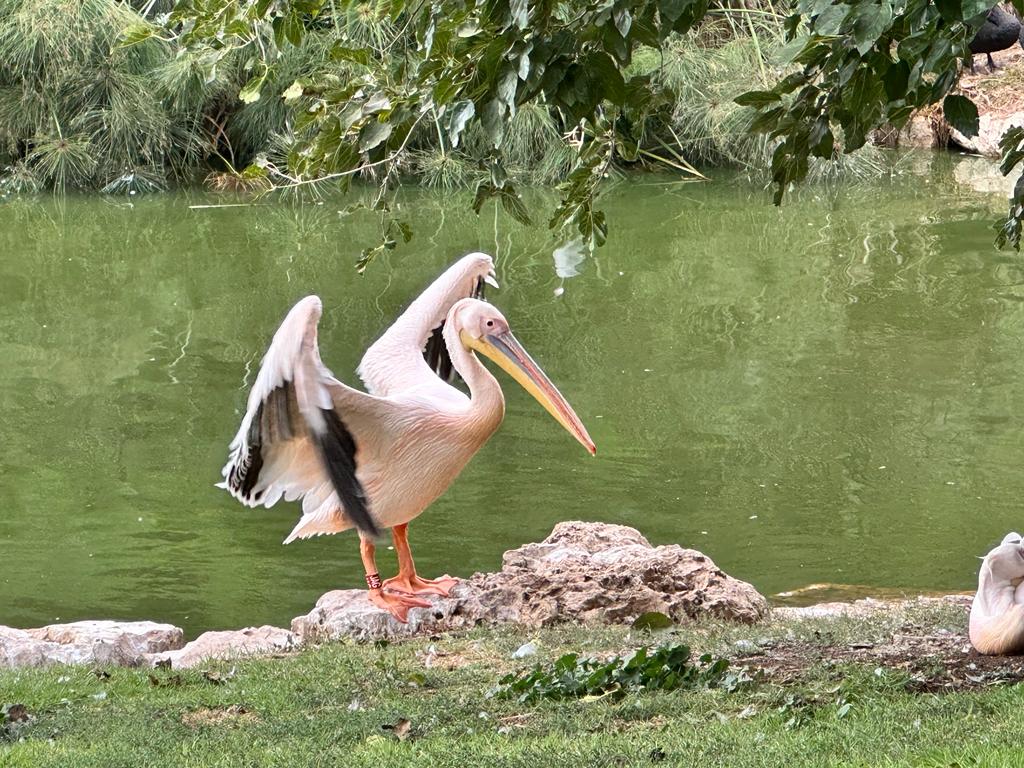 Israel’s strategic location as a land bridge connecting the three continents of Europe, Africa, and Asia makes it a superhighway for migrating birds. Experts estimate that half a billion birds of more than 300 different species migrate through the country twice a year, in autumn and spring.

One of the more spectacular breeds of avian travelers is the stately pelican with an estimated 50,000 passing through the holy land twice a year.

The pelican is explicitly mentioned in the Bible (Lev. 11:18) as not being kosher for consumption.

Pelicans are the largest birds to make the trip with adult male pelicans weighing up to 33 pounds and a wingspan of about ten feet. The end-of-summer return to the southern hemisphere begins in mid-August and lasts until November.

To help the pelicans on their way, the Israel Nature and Parks Authority filled water reservoirs and pools in the Hefer Valley central regions and another location in the north with tons of fresh fish in the hopes that this will keep the migrating flocks away from commercial fish farms. An adult pelican can eat up to four pounds of fish a day. With so many hungry pelicans passing through, the farms could be devastated.  The free fish also helps the birds in their travels.

Last year, the Parks Authority decided not to feed the pelicans due to an outbreak of avian flu. Feeding locations became focal points, unnaturally concentrating the flocks.

Birds are respected in Jewish tradition and there is a tradition to feed birds during the week that the Torah portion of Beshalach (Exodus 13:17–17:16) is read. This section of the Torah contains a description of the crossing of the Red Sea.  The Midrashic relates that fruit trees miraculously grew from the seabed, and the children plucked the fruits and fed them to the birds. Then the birds joined in with the singing of the Song of the Sea.

The pelican is a prominent symbol in Christianity. Possibly due to the crimson underside of its beak during mating season, a fable spread claiming that the mother pelican pierced its own breast with its beak and fed its young its own blood. This became a symbol of Jesus sacrificing himself for his followers.