When Hashem is pleased with a man's conduct, He may turn even his enemies into allies. 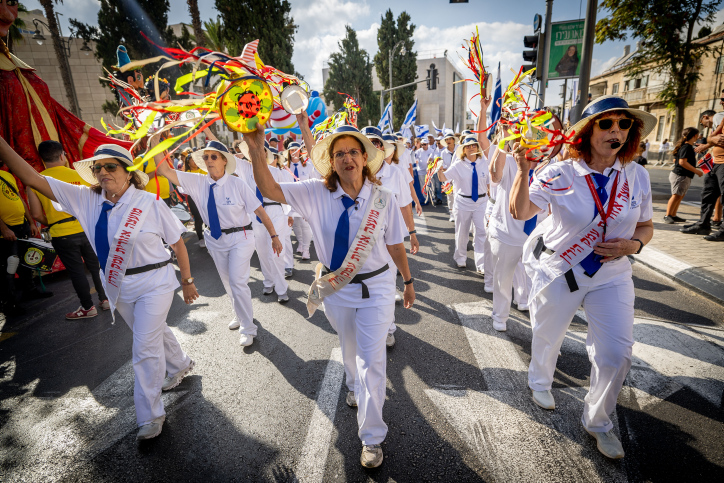 In the wake of the elections, it is now clear that Likud’s leader Benjamin Netanyahu can form a strong right-wing coalition with the Religious Zionist Party. But such a coalition would link Netanyahu to the controversial head of the Otzma Yehudit party, Itamar Ben-Gvir, a man who until recently was considered a pariah and untouchable even by most of the Right because of racist statements he had made.

While Netanyahu may not be the choice of some foreign governments, he was popular among Christian supporters of Israel. But his union with Ben Gvir raises concerns that this may change.

According to Josh Reinstein, director of the non-profit Knesset Christian Allies Caucus and President of the Israel Allies Foundation, there is no reason for concern.

“There are three members of the Religious Zionist Parties that are part of our caucus,” Reinstein told Israel365 News, naming Michal Woldiger, Simcha Rothman, and Bezalel Smotrich. “We have 20 members from eight parties, left and right, secular and religious. We are multi-partisan. We always have one chairperson from the party in power and another from the opposition.”

The caucus facilitates cooperation between Christian leaders and the State of Israel, a function that has broad appeal among Israeli politicians.

“We are already getting tremendous messages of support from the new government, as we have from every government,” Reinstein said. “That is the strength and the beauty of the Christian Allies Caucus. We have members from opposing parties who work together.”

“These are people who put aside their political differences and come together specifically to connect with Christians,” he added. “They understand that faith-based diplomacy is the most effective form of diplomacy in our diplomatic arsenal.”

While US politicians may be concerned about Ben Gvir – Robert Menendez, chairman of the US Senate Committee on Foreign Relations reportedly warned Netanyahu about it ahead of the elections – Reinstein emphasized that his organization transcended political considerations.

“We connect Christians to Israel which is not part of the political game,” Reinstein said. “Which party is in power doesn’t really matter. We always have great representation because people understand that it is Christians, not countries, who are standing with Israel. We are here for members of Knesset to reach out to our allies around the world. This multi-partisan nature and international support make us one of the most effective caucuses in the Knesset”

Reinstein noted a high-point in the elections that should make US Christians happy.

“We know that Christians in general are big supporters of Netanyahu and will be happy to see him return as prime minister,” he said. “We anticipate that the policies of this government will be in line with the conservative values of Christians around the world.”

While he preferred to give an official statement after a government is formed, David Parsons, Vice President & Senior International Spokesman for the International Christian Embassy Jerusalem, noted that the elections offer the potential for Netanyahu to form a strong coalition that might produce a stable government.

“I would say we are relieved that the political impasse of the past 43 months seems to be broken, and that a strong and proven leader in Benjamin Netanyahu appears poised to assume the reins of leadership once more,” Parsons told Israel365 News.

A different perspective was offered by Bishop Glenn Plummer, who serves as Bishop of Israel of the Church of God in Christ (COGIC), the largest black Pentecostal church in the US.

“I never met Itamar Gvir nor do I know much about him other than what’s being said in the media,” he explained. “I’m sincerely concerned, of course, with anyone who is described as ‘racist.’ Racism is the twin sin with antisemitism. Although the racism they are saying about him targets Arabs, when someone is labeled as ‘racist or antisemitic,’ we should all be equally concerned with either nomenclature.”

“As a Black American Christian leader living in Israel, I certainly hope Mr. Gvir doesn’t see us in a negative light, or as adversaries of Israel because we are not Jewish or Israeli,” he stressed. “We love and support Israel and consistently have for many years. We pray that this election result doesn’t negatively affect our efforts to continue blessing all of Israel.”

“I would welcome meeting Mr. Gvir, congratulate him on his victory, and encourage Mr. Gvir to reach out to those of us who look very different and are very different,” he added. “We are friends of Israel and would like to continue to be treated as friends.”