Israel Elections 2022: Netanyahu’s bloc primed for victory with nearly 85% of all votes counted

When the seventh month arrived—the Israelites being settled in their towns—the entire people assembled as one man in Yerushalayim. 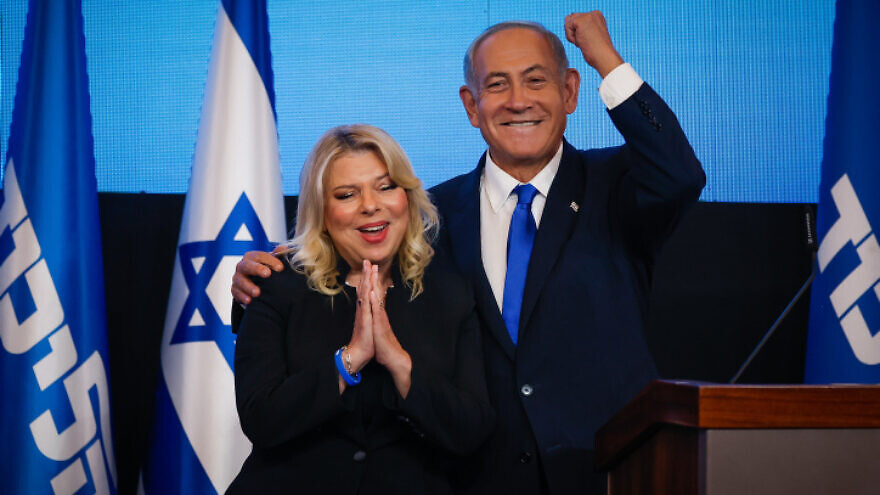 With more than 4.1 million votes officially counted, or nearly 85% of the total ballots cast in Israel’s elections on Tuesday, opposition leader Benjamin Netanyahu’s right-religious bloc appears primed for a victory.

According to Central Elections Committee (CEC) figures released on Wednesday, Netanyahu’s bloc will pick up 65 seats, though this number and the prospective electoral map could still change if the far-left Meretz and anti-Zionist Arab Balad parties enter the Knesset.

Both parties are currently sitting below the minimum 3.25% electoral threshold to enter the next parliament, although the CEC still needs to count some 500,000 “double envelope” ballots, cast primarily by diplomats, soldiers and prisoners.

Netanyahu early on Wednesday hailed his bloc’s apparent victory and thanked his supporters for their “magnificent expression of faith.”

“It’s become clear once again that the Likud is the largest party in Israel, above all the other parties by a wide margin,” the opposition leader said.

He added: “You know what else it wants? To return the national pride that was taken from us. And this we’ll bring as well.”

Israeli President Isaac Herzog will by Nov. 8 designate a candidate to form a government, and that candidate will almost certainly be Netanyahu.

The Likud leader, who served as premier from 1996-1999 and again from 2009-2021, would then have four weeks to form a coalition, with the possibility of a two-week extension.