Can these elections change the status of the Temple Mount?

I will bring them to My sacred mount And let them rejoice in My house of prayer. Their burnt offerings and sacrifices Shall be welcome on My mizbayach; For My House shall be called A house of prayer for all peoples.”

Home » Can these elections change the status of the Temple Mount? 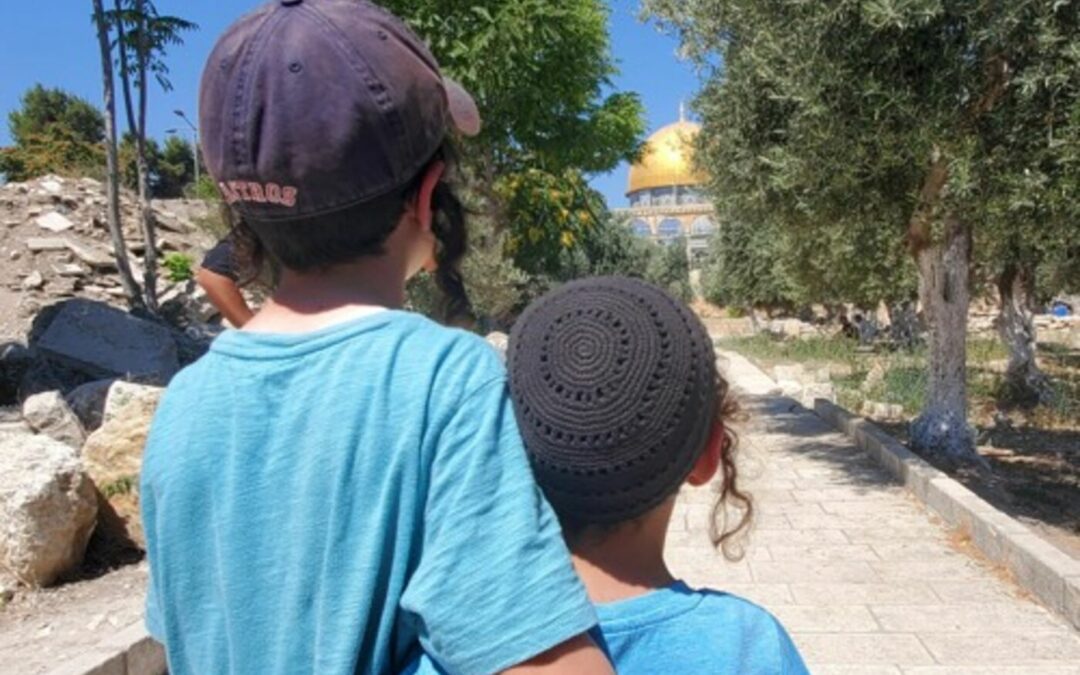 Will the results of the fifth Israeli elections in less than four years affect the Jewish State’s policies concerning the Temple Mount?

Interest in Judaism’s holiest site is rising dramatically with over 50,000 Jews visiting the Temple Mount over the last Hebrew calendar year, representing a 95% increase from last year, when only 25,582 Jews ascended, and a 69% increase from the previous record of 29,420 set in 5779. This has led to a change in public opinion with a survey in May reporting that more than half of the Israeli respondents expressed support for Jewish prayer at the site.

The candidates have different platforms concerning the Temple Mount. Yair Lapid, the interim prime minister and head of the center-left Yesh Atid party, recently told Arab media that he opposes Jewish prayer at the site.

Currently, there is no law prohibiting Jewish prayer on the Temple Mount. Jewish prayer is, in fact, protected by Israeli law ensuring freedom of religion. This law has been upheld several times in the Supreme Court, defending the right of Jews to pray on the Temple Mount, most notably in a 2014 Magistrate’s Court case brought by Rabbi Yehudah Glick. This ruling is based on legally protected freedom of religion.

Conversely, Itamar Ben Gvir, the controversial head of the far right party Otzma Yehudit, has stated that he supports Jewish prayer on the Temple Mount. He claims that this position is based on the racist nature of preventing the religious freedom of Jews at the site.

Though Benjamin Netanyahu, leader of the Likud, has not recently stated an opinion concerning the Temple Mount, when he was prime minister in October 2015, he declared unequivocally that Jews were banned from praying at the site, something which no previous prime minister had stated in Israeli history.

The Haredi/ultra-Orthodox parties do not support Jewish prayer or even Jewish visitation to the mount. In May 2021, when Arabs rioted in Jerusalem, Moshe Gafni, the head of the United Torah Judaism party, asked then-Prime Minister Netanyahu to permanently close the site to Jews. Many Haredi Jews believe Jews should not visit the site due to its holiness.

Michael Miller, the English-language spokesman for the Temple Mount activist organization, Beyadenu, told Israel365 that they were hoping for a “dramatic change” in government policy.

“Israeli Jews have not been quiet,” Miller said. “They have been voting with their feet by going up to the Temple Mount. Israel is a democratic Jewish state but the situation is neither democratic nor Jewish. The people want a change in government policy and the government is not giving it to them.”

Miller expressed hope that a Netanyahu government with Smotrich and Ben Gvir at his side will lead to the police upholding Jewish rights to pray at the site.

“However, over the course of the years, we have observed that there doesn’t seem to be a connection between the prime minister’s policies and the facts on the ground,” he added. “Every prime minister, no matter what his policy, whether right-wing or left-wing, wants to keep the situation quiet. If that means stopping the Jews from praying, that’s what he will do. Or the opposite.”

According to the activist, change needs to come from the ground up.

“Whoever the prime minister is or what government is formed, we are going to keep the movement going, calling for equal rights for the Jews,” Miller said.

Yaakov Hayman, a managing director of Yishai, an organization for the establishment of Jewish prayer on the Temple Mount, disagreed.

He argued that as long as Netanyahu is prime minister, there won’t be any improvement on the Temple Mount.

“If a right-wing bloc is formed under Netanyahu, less harm will be done to Jewish rights,” Hayman said. “But he does not have the motivation to institute real change and he has shown that even when he is put in an untenable position, he cannot be forced to do the right thing.”

“I am almost hoping that it will be an undecided temporary draw and that will lead to Netanyahu being replaced with a real right-wing leader,” Hayman concluded.