Every spot on which your foot treads I give to you, as I promised Moshe. 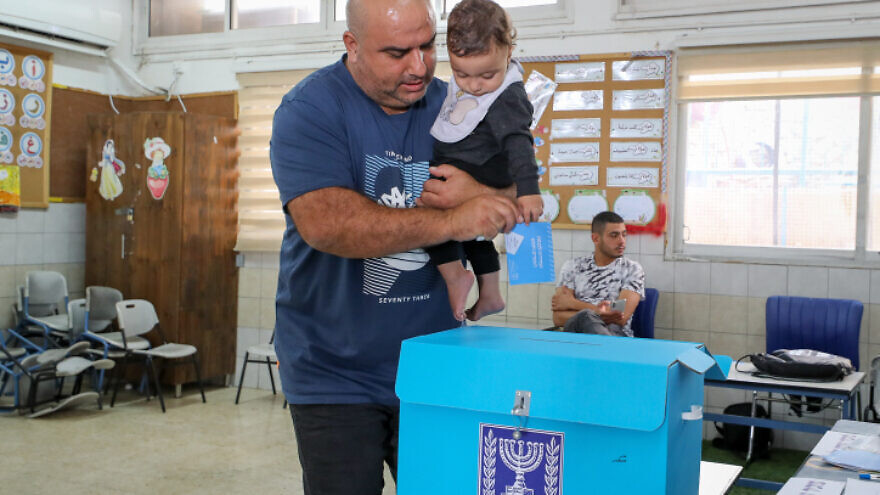 Despite promises by Palestinian Authority officials not to interfere in Israel’s Nov. 1 Knesset election, columnists of the P.A.’s official newspaper, Al-Hayat Al-Jadida, are urging Arab citizens to vote for certain parties.

Among the reasons al-Ghoul wants to encourage Arab Israeli turnout is to foster civil unrest in Israel, said Maurice Hirsch, director of legal strategies for Palestinian Media Watch (PMW), according to a statement on the Israeli NGO’s website.

“[D]eepening the crisis in the Zionist colonialist society, pushing it into a cycle of endless elections that will cause an internal Zionist explosion” is one of the key goals, writes al-Ghoul. The crisis will open a “crater of conflicts” whose ramifications will include “the outbreak of a complicated civil war.”

Notably absent from the list of al-Ghoul’s suggested parties is the Islamist-oriented Ra’am Party, noted Hirsch. This was not an oversight as the P.A. opposes the idea of any Arab Israeli party joining with an Israeli government. Last year, Ra’am became the first independent Arab party to do so.

Another regular columnist for the P.A.’s paper, Bassam Barhoum, also called for Arab Israelis to vote, writing on Oct. 31 that “elections in a racist country like Israel are not a solution, but they are one of the few opportunities to make a change, however small and slow it may be.”

Barhoum expressed regret over the breakup of the Joint List, an alliance of four Arab parties that splintered ahead of the election.

“There is no doubt that the split of the Joint Arab List is an unfavorable development, and it is true that the Arab public voted in large numbers when the list was unified, and that they received 12 mandates. But if the Arab public votes this Tuesday in the same high proportion, 12 Arab members will reach the Knesset,” he wrote.