I am bringing My victory close; It shall not be far, And My triumph shall not be delayed. I will grant triumph in Tzion To Yisrael, in whom I glory. 1 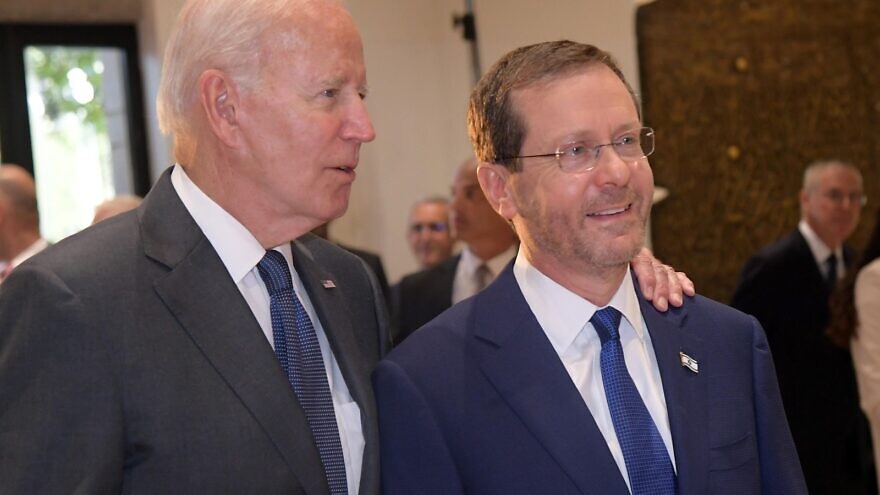 “The results may or may not be to your liking, but the vote of the Israeli people should be respected,” Herzog said via live video feed from the President’s Residence in Jerusalem.

“I say to each and every one of you that the firm, vital connection between the State of Israel and North American Jewry will not, and should not, be compromised, whatever the results,” he added.

Herzog’s remarks were widely interpreted as referring to concerns voiced by some U.S. Jews about the possibility that Itamar Ben-Gvir, a right-wing firebrand and leader of the Otzma Yehudit Party, could obtain a ministerial position should a Benjamin Netanyahu-led government come to power.

Ben-Gvir’s party merged with the Religious Zionism Party to run on a single Knesset list in order to boost its electoral chances. Final polls before the election show the combined list winning 13 seats. That would make it the third-largest party in Israel’s parliament.

The Biden administration has reportedly also expressed fears about the rise of Israel’s extreme right. Herzog attempted to allay those concerns during his recent visit to the U.S. Herzog met with President Joe Biden on Oct. 26.

Herzog also downplayed concerns about the frequency of Israeli elections in recent years, with today’s marking the fifth in 43 months.

“[W]hile frequent elections are clearly not ideal—they are also evidence of a vibrant, dynamic democracy. We must all recognize that the Israeli people, abundant with diversity and varying opinions, are correctly exercising their fundamental, democratic right to vote,” he said.

Herzog expressed his view that the relationship between Israel and Diaspora Jewry would remain strong no matter what election yields.

“I have every confidence in the bonds we share, which run deeper than politics or shifting circumstance,” he said.