How do Jewish and Christian traditions view Halloween?

Let no one be found among you who consigns his son or daughter to the fire, or who is an augur, a soothsayer, a diviner, a sorcerer.

Home » How do Jewish and Christian traditions view Halloween? 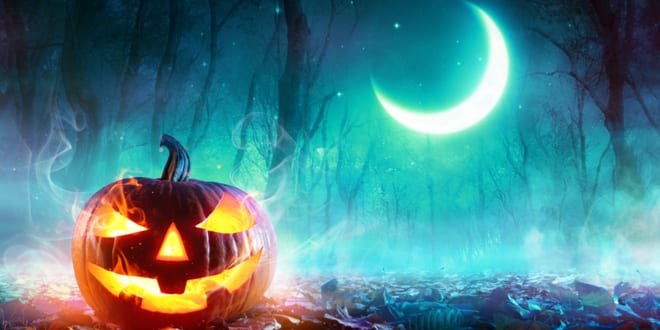 Halloween is seen by many as a child-oriented holiday with no religious connotations. But the truth is that it has roots in paganism and many religious Christians and Jews reject Halloween on this basis. People with fond childhood memories might be horrified at how the current Halloween is unfolding with one celebration leaving 154 dead and many using the holiday as an excuse to express their inner Nazi self.

Halloween has gained in popularity in South Korea in recent years with some of the more boisterous celebrations taking place in the Itaewon neighborhood of Seoul, an area known for its nightlife and trendy restaurants. On Saturday night, the festivities were interrupted by a crowd crush. 154 were confirmed dead and over 133 were injured.

Halloween has been hijacked by some adults who see it as a time to let their hair down and behave in ways they normally would not. On Saturday night, one young man walked into a bar in the Soho neighborhood of Manhattan dressed as a Nazi.

a guy just walked into fanelli cafe in soho dressed as a nazi i have no words pic.twitter.com/4szraZgVEd

He was refused service and asked to leave the bar.

At the University of Wisconsin Madison, a man roamed the streets dressed as Adolf Hitler. The incident comes after a wave of antisemitic incidents on campus.

a guy just walked into fanelli cafe in soho dressed as a nazi i have no words pic.twitter.com/4szraZgVEd

In Sao Paulo, Brazil, the parents of a young schoolboy saw fit to send their son to the class Halloween party dressed as Hitler. The young boy gave a well-rehearsed Nazi salute for the class photo.

Halloween has become enormously popular but its pagan roots go very deep. With connections to necromancy, religious Jews do not participate in what most Americans see as a family-oriented holiday. In Israel, it is called ‘lel kol ha’kedoshim’ (the night of all the holies) and is generally not celebrated with most Halloween parties limited to Tel Aviv nightclubs.

There are many Christians today that look at Halloween as a pagan holiday during which the devil is worshiped and evil is glorified. A recent survey by Lifeway Research revealed that 78% of Americans are planning on celebrating Halloween this year. More than 90 percent of pastors across the United States are responding by encouraging their congregations to observe October 31 but to do so in a distinctly non-Halloween manner. This includes engaging neighbors in a social manner that avoids the pagan roots and practices while shifting focus to the church.

Despite its current secular manifestation, Haloween’s pagan origins proscribe Jewish participation. This is also due to the prohibition of copying the practices of other nations (Lev. 18:3).

Halloween began as Samhain (pronounced Sow-in), one of the four main pagan holidays celebrated by the Celtics, who lived in areas of Ireland, northern England, and France before Romans conquered the region in the first century CE. Samhain marked the end of the harvest season and the beginning of winter or the “darker half” of the year.

Similar to modern Halloween, Celtic pagans dressed up in costumes on Samhain and lit bonfires. Samhain was seen as a liminal time, when the boundary between this world and the spirit world could more easily be crossed. As such, it was an auspicious time for summoning dark spirits to aid in necromancy, communicating with the dead to foretell the future, a practice explicitly prohibited in the Bible.

Let no one be found among you who consigns his son or daughter to the fire, or who is an augur, a soothsayer, a diviner, a sorcerer, one who casts spells, or one who consults ghosts or familiar spirits, or one who inquires of the dead. Deuteronomy 18:10-11

Samhain was celebrated from sundown October 31 to sundown November 1, as the Celtic day began and ended at sunset. People believed that on Samhain, spirits roamed the world, and gifts of food and wine would be left out to appease the spirits. When people left their houses at night, they wore masks so they would be mistaken for fellow ghosts.

In what is widely believed to be an effort to subsume the Celtic pagan holiday into the Christian religion, in 1000 C.E., the church declared November 2 All Souls’ Day, a day honoring the dead. The night before All Souls’ Day was re-adopted in the Celtic region, with the name changed from Samhain to All Hallows’ Eve.

The holiday became popular in America in the second half of the nineteenth century with a wave of Irish immigration resulting from the potato famine. Today, it is the second most popular holiday for spending money in the US: Americans shell out $2.5 billion on costumes and an additional $3.5 billion on candy.

While many Americans insist that Halloween is a secular, family-oriented holiday, because of its clear origins in paganism and its connection with forbidden necromancy, most halachic (Torah law) authorities prohibit observant Jews from participating in Halloween.

A parallel revulsion to the pagan holiday has developed in recent years within Christianity. Despite the historical process of Samhain being incorporated into the Church, there is a growing movement among Christians to move away from Halloween. Indeed, according to a survey taken by Lifeway Research, 67 percent of pastors suggest that church members take an alternative approach to the holiday, centered around a church event, while eight percent of pastors tell church members to skip the holiday entirely.

The Church of Satan, the first organized church in modern times to be devoted to the figure of Satan, perceives Halloween as an opportunity for the average American to indulge in secret Satanist fantasies. On its website, the church claims that Halloween is “the night when the mundane folk try to reach down inside and touch the ‘darkness’, which for Satanists is a daily mode of existence.” They claim that by dressing in costume, the average American is taking “a brief dip into the pool of the ‘shadow world.’”

There are in fact strong hints that even in popular culture the occult and pagan aspects of the holiday have not been left behind. Due to the myth that black cats bring bad luck, they have the lowest adoption rates of any other pet and the highest euthanasia rates. Despite this troubling statistic, in many states, people seeking to adopt black cats from animal shelters before Halloween are routinely turned away for fear the feline will be used in a black-magic ritual.