The arid desert shall be glad, The wilderness shall rejoice And shall blossom like a rose. 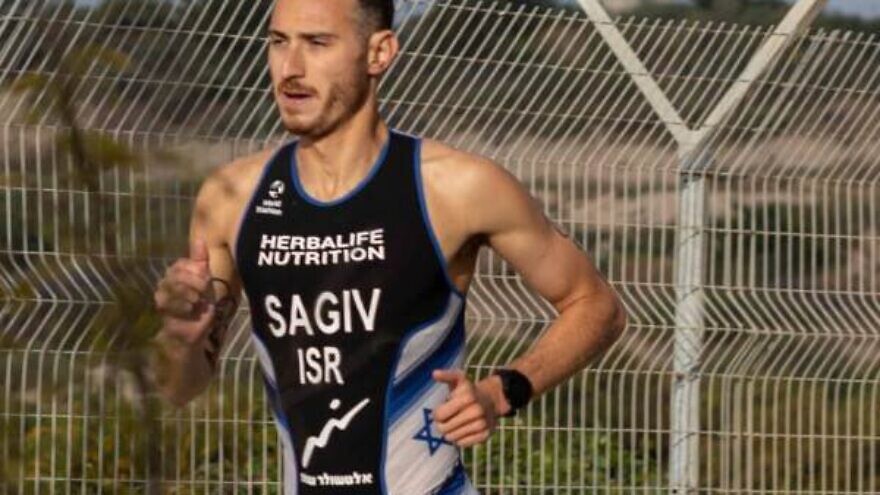 Shachar Sagiv on Saturday became the first Israeli athlete to ever compete in Saudi Arabia, according to the Israeli Olympic committee. The event, which the committee described as a “very significant breakthrough,” came on the same day that an Israeli went head-to-head against a Saudi in a tennis match in Bahrain.

Sagiv, 28, was eliminated from the NEOM leg of the Super League Triathlon after falling during the biking portion of the race, which also includes swimming and running.

Sagiv and his brother Ran both competed in the 2020 Tokyo Olympics, placing 20th and 35th, respectively, in the triathlon.

“In the past year we’ve seen many Arab states come to terms with the fact that hosting an international tournament means hosting Israelis,” Israeli Olympic committee head Yael Arad said in a statement.

“This is a growing trend and the true force in normalization between nations, and especially people,” she added.

The developments come amid a thaw in relations between Jerusalem and Riyadh, driven largely by shared concerns over Iran’s nuclear program and regional expansionism.

In July, Saudi Arabia announced the opening of its airspace to Israeli commercial airlines, just hours before visiting U.S. President Joe Biden flew from the Jewish state to Jeddah.

Last week, Israeli opposition leader Benjamin Netanyahu told JNS in a lengthy interview that, in the context of expanding the Abraham Accords, “There are four peace treaties to be had right away if we pursue them….”

The big prize, he said, “is peace with Saudi Arabia, which I intend to achieve if I go back into office. And I think there’s a chance I will achieve it, because I think Saudi Arabia and many of the other Arab countries who haven’t yet made peace with us know that I’m absolutely committed to preventing Iran from having nuclear weapons, which is something that they are keenly interested in.”