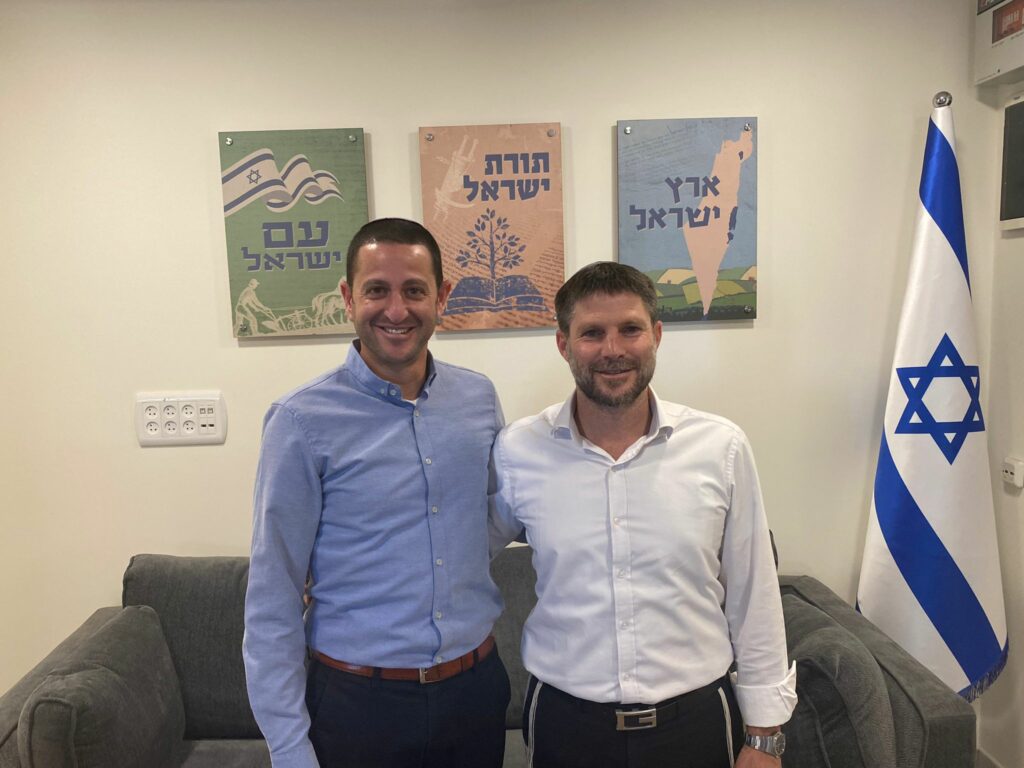 On Thursday,  the Religious Zionist Party released today the most comprehensive platform of any party in the history of Israeli elections on the issues of Aliyah, immigrant absorption, and strengthening ties with Diaspora Jewry. The platform was authored by the former head of World Bnei Akiva Ohad Tal, who is running on the party list for the next Knesset, with party chairman MK Bezalel Smotrich.

The platform begins with the challenges facing Diaspora Jewry, including increased apathy toward Jewish identity and detachment from Zionism among many Diaspora Jews, specifically young adults, the struggle to sustain communal institutions and Jewish schools in many Jewish communities abroad, and the negative impact of Antisemitism, the BDS movement and the delegitimization of Israel on Jews around the world, specifically on college campuses.

The document begins by describing the strong feelings of mutual responsibility that link Israel’s Jews with Jews who live around the world must be predicated on deep mutual understanding, the document underlines. Most Israeli Jews are entirely unaware of the distinct challenges that face Jewish communities abroad. Thus, the party will advance educational initiatives to increase the exposure of Israeli students to Jewish communities abroad and enable them to get to know one another.

Two of the solutions for Diaspora Jewish educational challenges that the Religious Zionist Party will take concrete steps to address in the next Knesset are to establish ties, cooperation, and relationships between Jewish day schools around the world to help these schools develop a core curriculum steeped in Jewish and Zionist values as well as promote joint needs, and to assess the possibility of opening English-speaking high schools in Israel that will cater to students from abroad who are interested in receiving a high-quality high school education in Israel at a fraction of the price they would pay in their home countries.

The party also seeks to officially recognize the institution of “shlichut” – the movement that sends young Zionist Israeli teachers and families to work with Jewish communities around the world.

Another arena that the party will work towards is to infuse “Gap Year” students with a deeper appreciation for the State of Israel and Zionism, and a deeper attachment to Judaism, who can then become ambassadors of these values when they return to their communities abroad. The Party will seek to reverse budget cuts that were slashed for Masa participants who study at yeshivot and seminaries during the Corona crisis and to secure extra funding for programs that increase Zionist programming.

“We know that all Jews are responsible for each other, so it is time to put this into action by taking concrete steps to ensure that the Jewish State meets the challenges of world Jewry,” said MK Smotrich. “We want all Jews to feel a part of the global Jewish family, regardless of their background, and be afforded all the opportunities to be strengthened in their Jewish identity and Zionism and be proud of their history, culture, and tradition.”

The platform notes the need to increase Aliyah for idealistic reasons. Meaning that while the State of Israel is always open for those escaping increasing Antisemitism and seeking greater personal security, there is a need for local communal infrastructure that prizes Zionism and supports the State of Israel, as well as optimal support for new immigrants upon their arrival.

The Religious Zionist Party will work to mitigate the bureaucracy encountered by new immigrants who seek to transfer their academic degrees and professional licenses, amending tax statutes and international tax agreements to make things easier for new immigrants and ensure that they do not forfeit social benefits or pension policies when they move to Israel, including the prevention of double taxation, which deters potential immigrants.

“Over the last few months, I have met with hundreds of professionals and volunteers involved in Aliyah, immigrant absorption, Israel advocacy and fighting BDS and increasing ties between Israel and the Diaspora, including many new or older immigrants who have guided us towards this unprecedented and comprehensive platform,” said Tal. “This platform is a culmination of these discussions and my decades of experience in the world of informal Jewish education. I am delighted to have found a political home in a party for which these issues are not just background noise but front and center of its ideological DNA.”

Importantly, and uniquely, the party states that new immigrants to Israel are an important bridge and an incredible resource, and it is important for them and their distinct worldview and understanding of these issues to be represented in government and other leading forums.

To read the full platform, click on this link https://zionutdatit.org.il/wp-content/uploads/2022/10/strengthening-diaspora-jewry-and-aliya-absorption.pdf