Fighting antisemitism is about our own values, Albanian Prime Minister says

Home » Fighting antisemitism is about our own values, Albanian Prime Minister says 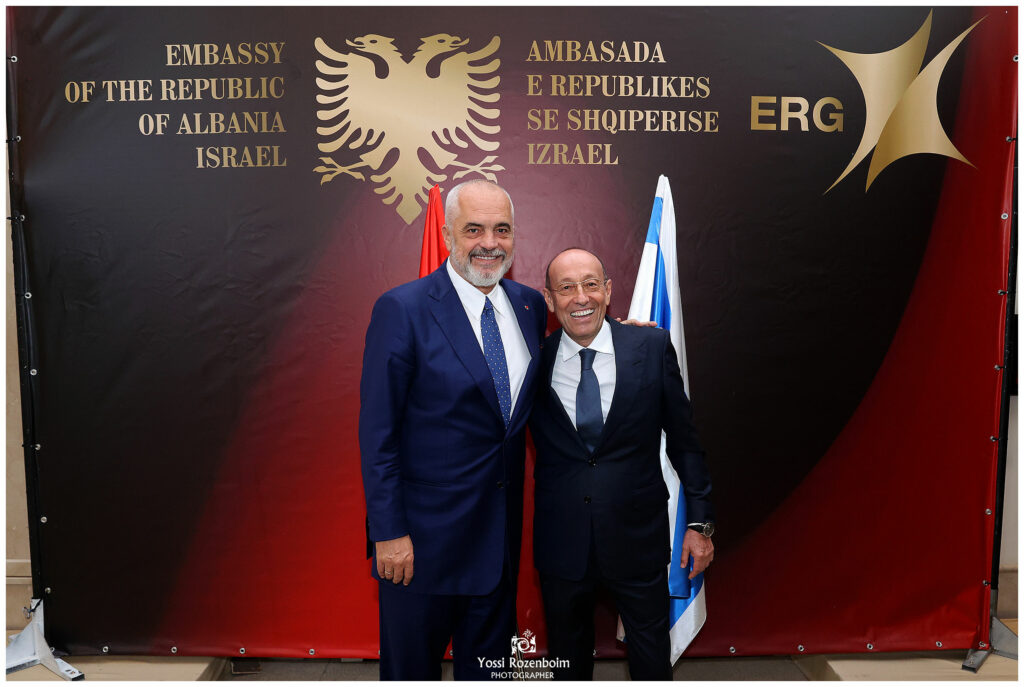 For Albanians, fighting antisemitism is a core value, Albanian Prime Minister Edi Rama said Monday at the gala dinner honoring Albanians for their role in protecting Jews during the Holocaust, one of the highlights of his official state visit to Israel.

“During the Second World War, Albanians – both Muslims and Christians – put their human identity first, before their religious identity,” Rama said. “Fighting antisemitism is not just about Jews, but about your own values.”

The dinner was hosted by Israeli businessman and philanthropist Alexander Machkevitch at the Waldorf Astoria in Jerusalem.

“This is not just about diplomatic relations between Israel and Albania – which are very strong – but about the deep historical connection of our people, Machkevitch said. “We will never forget the past, and we, as Jewish people, will carry the memory of the Albanians’ heroic deeds for many years to come.”

At the eve of the Second World War, up to 2,000 were living in Albania, most of them Jewish refugees fleeing from countries under Nazi or fascist rule, according to data by Yad Vashem. Fascist Italy invaded Albania in 1939 and in 1943 when Germany invaded Italy, Albania fell under Nazi control.

Several descendants of Albanians honored as “Righteous among the Nations” also attended the dinner, flying to Israel from Albania. They were also joined by Albanian Jews living in Israel, some of them direct descendants of those who were rescued. Among them Ron Mandil and Samiko Solomoni, whose parents were rescued by Kasem Jakup Kocerri, Refik Veseli and their families.

A shepherd from the village of Beshisht, Koçerri hid Solomoni’s parents Moshe and Janet for months. Mendil’s father Moshe and his family were helped by Veseli and his wife Fatima. At the time Veseli worked as a photography apprentice and managed to shelter a total of seven people, keeping them safe until the end of the war.

During his visit, Rama met with Prime Minister Yair Lapid and several other Israeli officials.