Edom becomes a possession, Yea, Seir a possession of its enemies; But Yisrael is triumphant. 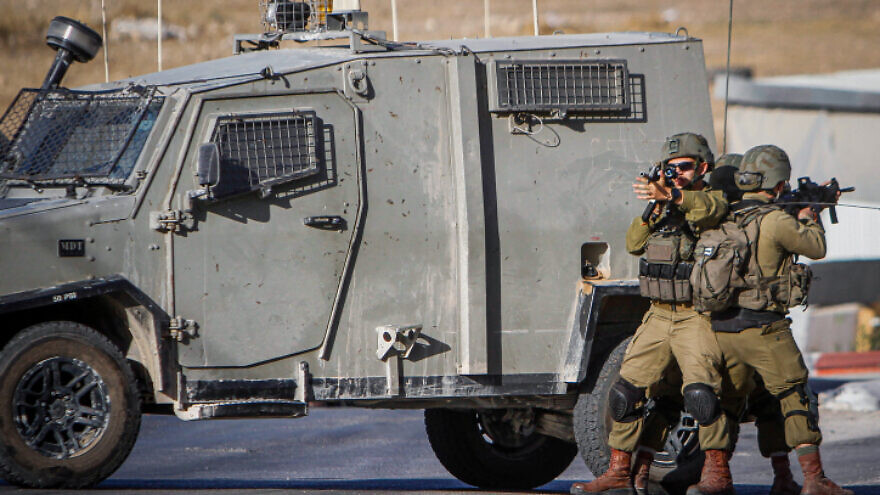 Israeli security forces raided a bomb lab in Nablus belonging to the Lions’ Den terror group overnight Monday, killing the group’s leader, Wadi al-Houh, according to the Israel Defense Forces. Palestinian media reported that three other gunmen were wounded during the raid.

The terrorists’ hideout, an apartment in the Kasbah of Nablus, was also being used as the group’s headquarters, according to the IDF.

During the raid, Palestinians fired on and hurled stones at the Israeli forces, the military said.

The Lions’ Den terrorist group is responsible for the murder of IDF Staff Sgt. Ido Baruch on Oct. 11 in Samaria, commonly known as the norther West Bank, and attempted to carry out a terrorist attack in Tel Aviv on Sept. 8. The group is also behind the planting of a bomb at a gas station in Kedumim in Samaria.

The group also attempted to carry out a shooting attack in the Israeli community of Har Bracha in Samaria. A Lions’ Den terrorist also hurled a grenade at IDF soldiers who were adjacent to the Havat Gilad outpost in the area, and has carried out multiple shootings in Nablus. Recently, the Lion’s Den “continued to recruit, plan, and carry out attacks aimed against innocent Israeli civilians,” said the IDF.

“There will be no refuge cities for terrorists. We will continue to act against anyone who attempts to harm Israeli civilians in any place and time that is necessary,” said Israeli Defense Minister Benny Gantz on Tuesday.

On Sunday, a senior member of Lions’ Den was killed in a motorcycle explosion, according to Palestinian reports.

The reports named the operative as Tamer al-Kilani, and described the blast as “mysterious,” though some Palestinian reports claimed that an explosive device was attached to the motorcycle by Israel.