“At that time, King Hazael of Aram came up and attacked Gath and captured it; and Hazael proceeded to march on Yerushalayim. 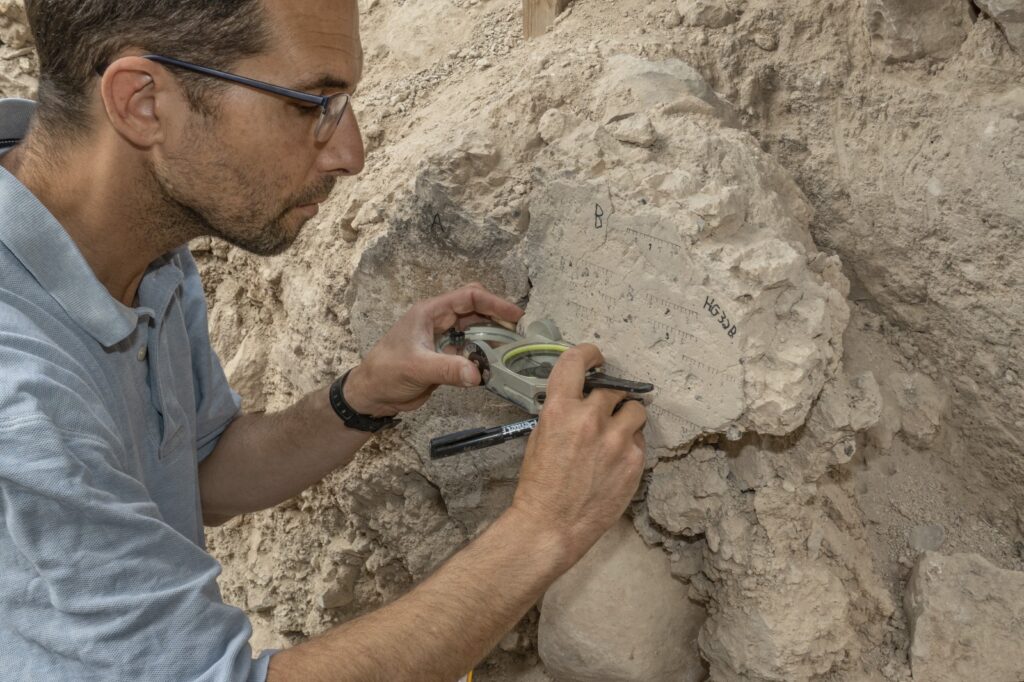 New research by Israeli scientists has shed light on the truth of several biblical narratives describing military campaigns waged by the Egyptians, Arameans, Assyrians, and Babylonians against the Kingdoms of Israel and Judah.

The researchers managed to accurately date 21 destruction layers uncovered in 17 archaeological sites throughout Israel, by reconstructing the Earth’s geomagnetic fields connected with them.

“The Hebrew Bible and other ancient Near Eastern texts describe Egyptian, Aramean, Assyrian, and Babylonian military campaigns to the Southern Levant during the 10th to sixth centuries BCE,” reads the abstract of the article published in PNAS (Proceedings of the National Academy of Sciences of the USA) on Tuesday. The paper is based on the doctoral thesis of Yoav Vaknin, supervised by Prof. Erez Ben-Yosef and Prof. Oded Lipschits of Tel Aviv University’s Institute of Archaeology and Prof. Ron Shaar from the Institute of Earth Sciences at the Hebrew University.

The authors, over twenty archaeologists and experts from Israel and all over the world, pointed out that several destruction layers connected to the period have been unearthed in archaeological excavations and some of them have been securely dated.

The Earth’s geomagnetic field is generated by the motion of liquid iron in the outer core of the planet, at a depth of about 2,900 km, and it changes over time. It has far-reaching implications for human existence, from helping to shield the planet from dangerous radiation to the functioning of navigation systems.

“Our location here in Israel is uniquely conducive to archaeomagnetic research, due to an abundance of well-dated archaeological findings,” said Shaar from the Hebrew University of Jerusalem. “We were able to form a continuous variation curve showing rapid, sharp changes in the geomagnetic field. This is wonderful news, both for archaeologists who can now use geomagnetic data to determine the age of ancient materials and for geophysicists studying the earth’s core.”

Among others, the scientists investigated the period that marked the end of the Kingdom of Judah.

“The last days of the Kingdom of Judah are widely debated,” said Ben Yosef. “Some researchers, relying on archaeological evidence, argue that Judah was not completely destroyed by the Babylonians. While Jerusalem and frontier cities in the Judean foothills ceased to exist, other towns in the Negev, the southern Judean Mountains and the southern Judean foothills remained almost unaffected. Now, the magnetic results support this hypothesis, indicating that the Babylonians were not solely responsible for Judah’s ultimate demise.”

According to Ben Yosef, the study has shown that sites in the Negev that had survived the Babylonian campaign were destroyed later.

“This betrayal and participation in the destruction of the surviving cities may explain why the Hebrew Bible expresses so much hatred for the Edomites – for example, in the prophecy of Obadiah,” he added.

In addition, the study shed light on the military campaign led by Hazael, King of Aram, as it is described in the biblical books of Kings.

“At that time, King Hazael of Aram came up and attacked Gath and captured it; and Hazael proceeded to march on Yerushalayim.” (II Kings, 12:18)

Based on the geomagnetic fields recorded at four sites, the scientists showed that Hazael was responsible not only for the destruction of Gath at around 830 BCE, but also of Tel Rehov, Tel Zayit and Horvat Tevet.

On the other hand, magnetic data recorded at Beth Shean suggested that city was destroyed several decades earlier, possibly by the Egyptian Pharaoh Shoshenq (also known as Shishak), in a military campaign also described in the Bible.

“Shlomo sought to put Yerovam to death, but Yerovam promptly fled to King Shishak of Egypt; and he remained in Egypt till the death of Shlomo.” (I Kings, 11:40).