The face of Hashem is set against evildoers, to erase their names from the earth. 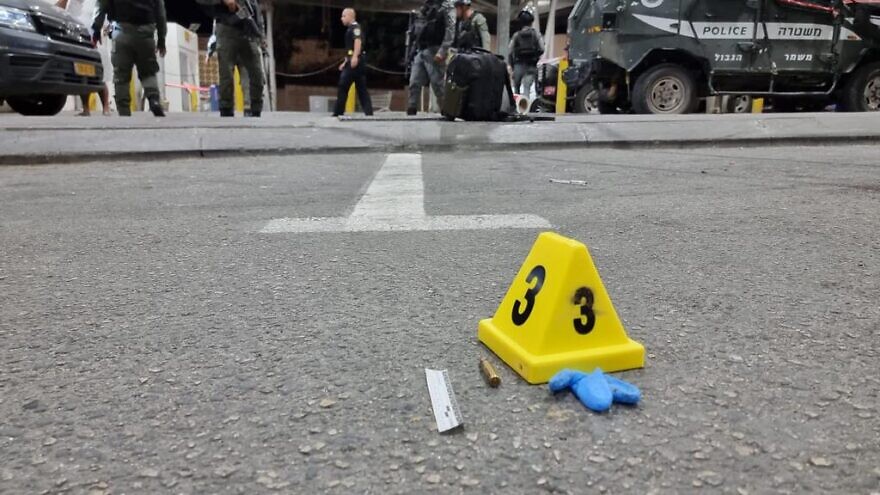 On Friday, IDF forces raided a house in Hebron in which Palestinians were mourning Udai Tamimi, a terrorist who murdered IDF soldier Noa Lazar on October 8. The IDF reportedly forced the participants to leave. A wave of attacks against Israel followed Tamimi’s death.

Udai Tamimi was shot and killed last Wednesday by security guards at the entrance to Maale Adumim. A motorist leaving the city spotted Tamimi and returned to warn the guards of a suspicious character approaching the gate. The Palestinian terrorist was neutralized after an exchange of gunfire. A security guard was wounded in the incident.

It was later confirmed that Tamimi was the terrorist who killed Noa Lazar and severely wounded another security guard on October 8 in Shuafat, East Jerusalem. As a resident of Shuafat, a mostly Arab neighborhood in northeast Jerusalem, Tamimi was a resident of Israel.
A renewed wave of terrorism has followed Tamimi’s death. On Thursday night, Arabs infiltrated the Binyamin Region town of Oz Zion, hurling four firebombs at homes. On Saturday, a 16-year-old from Anata, a neighborhood in Jerusalem, stabbed a young Haredi man in Jerusalem. Also on Saturday, a Palestinian driver was shot and neutralized after ramming into a group of soldiers with his car. None of the soldiers were hurt.
The IDF enacted a closure of Shuafat due to suspicions that Tamimi’s escape and ability to evade capture were due to support from the Palestinian community. In response, a general strike was held in Shuafat while the IDF searched the town. Protesters clashed violently with IDF troops and placed obstacles on the roads to impede army movement. Videos appeared on social media showing young Palestinian men shaving their heads to resemble Tamimi as a ruse to confuse search efforts.

After Tamimi was killed carrying out an attack, Areen al-Usud (“the Lions’ Den”), a Nablus (Shechem) based terrorist group, called for protests. Palestinians took to the streets in violent protests and on Thursday, local businesses, schools, universities, government offices, and public transportation networks in Arab towns in Judea and Samaria were shut down as many Palestinians participated in the strike.
The terrorist group also carried out several shooting attacks targeting IDF positions, though no casualties were reported.

Earlier today an improvised explosive device was hurled from a moving vehicle towards IDF soldiers in Nablus.

IDF soldiers responded with live fire towards the moving vehicle. The assailants managed to escape & the vehicle was later found abandoned with another explosive device.