The Israel-Lebanon Maritime Accord Undermines US Interests

Home » The Israel-Lebanon Maritime Accord Undermines US Interests 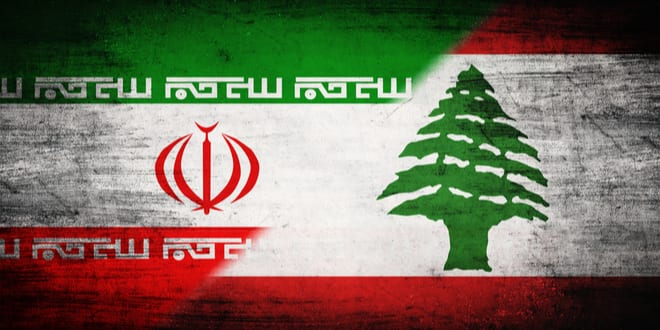 The U.S.-engineered and guaranteed Israel-Lebanon maritime accord is supposed to follow in the footsteps of Israel’s peace treaties with Egypt, Jordan, the United Arab Emirates, Bahrain and Morocco. It is believed that the accord will reduce regional terrorism and instability, promote moderation and enhance U.S. interests. Does it?

The Arab nations that have made peace with Israel are more or less stable, Sunni, pro-U.S., anti-Iran and anti-terrorist. The policy and vision of these states do not extend beyond their own national boundaries. The Abraham Accords were concluded with Arab regimes that consider Israel their most effective military and technological ally in the face of lethal Iranian threats and in pursuit of economic diversification.

While these Arab regimes are not fully reconciled to the existence of a Jewish state, they do not consider it a top priority. They understand the potential Israeli contribution to their survival. Moreover, some of them (the UAE in particular) have begun to moderate their educational curriculum and policy towards Israel, which is a major change in Islam’s traditional view of the Jewish people and the Jewish state.

The maritime accord, by contrast, was concluded with uncontrollable Lebanon, a nearly failed state that is afflicted with religious, ethnic and political fragmentation. This has been exploited by the anti-U.S., pro-Iran terror group Hezbollah—a major arm of Islamic terrorism in the Middle East, west Africa and Latin America—to the extent that it now more or less controls Lebanon.

Furthermore, Hezbollah is dedicated to the advancement of a fanatical vision of a universal Shiite Muslim society through the exportation of Iran’s Islamic revolution. This “revolution” seeks to topple all the region’s Sunni regimes and force the “infidel” West, especially the United States, to submit. Last but not least, it demands the destruction of Israel.

In short, the Abraham Accords and other treaties were signed with regimes that have accepted peaceful coexistence with Israel and are focused on domestic stability and economic growth. The maritime accord was concluded with a country dominated by Hezbollah, which considers peaceful coexistence with the Jewish state and its Sunni Arab neighbors anathema and has made it clear that its ideology supersedes any financial and diplomatic benefits.

The conventional Western wisdom that Hezbollah will choose economic benefits over ideology should be assessed against the backdrop of the track record of Iran’s ayatollahs and their adherence to their core beliefs, irrespective of the many billions of dollars in Western gifts showered upon them by the U.S. and the West in general since 1979.

The maritime accord with Lebanon failed to take all this into account. It was engineered according to the assumption that an Israeli giveaway of the entire area in dispute would avert a war with Hezbollah. This reflects the U.S. State Department’s worldview that concessions made to terrorists can induce moderation.

The choice of capitulation rather than confrontation and preemption of a terrorist threat, however, undermines the Sunni Arab states’ faith in Israel’s steadfastness and willingness to confront the U.S. over essential issues. This has eroded Israel’s posture of deterrence, which has transformed Israel (since 1967) into a productive force-multiplier for the U.S. and a desirable ally of pro-U.S. Arab regimes.

Moreover, the American architects of the maritime accord and their Israeli partners overlooked the fact that terrorists bite the hands that feed them. For example, the Mujahideen defeated the Soviets in Afghanistan due to U.S. support. But after they won, they were quick to launch a major terror offensive against the U.S. in the Middle East and then inside the U.S. itself. Iran’s ayatollahs seized power in Iran in part due to U.S. acquiescence, and then became the leaders of global anti-U.S. terrorism. The Palestinian Authority and Hamas responded to unprecedented Israeli gestures in 1993 (the Oslo Accords) and 2005 (the disengagement from Gaza) with unprecedented hate education, incitement and terrorism.

The maritime accord represents a victory of Western conventional wisdom over Middle Eastern reality. It sacrifices long-term national security on the altar of short-term gratification and plays into the hands of rogue entities (Iran, Hezbollah, Hamas and the P.A.), which undermines the homeland security and national security of Western democracies.

As such, the maritime accord is an extension of the traditional and well-intentioned but failed U.S. policy in the Middle East, which has long been at odds with Middle Eastern realities. It will only intensify regional terrorism and instability and erode U.S. interests.