I will bless those who bless you And curse him that curses you; And all the families of the earth Shall bless themselves by you. 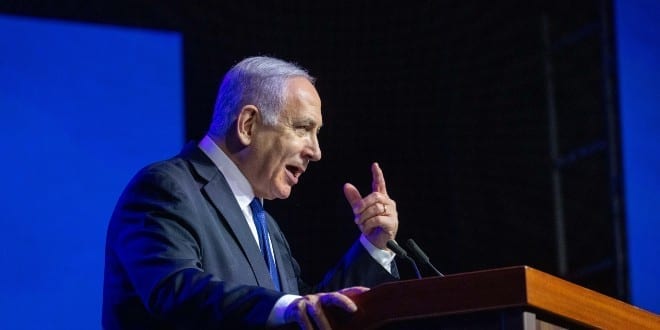 Former President Donald Trump is not antisemitic, Former Prime Minister and leader of the opposition Benjamin Netanyahu said Tuesday in an interview with MSNBC.

“He has a Jewish son-in-law and his daughter converted to Judaism,” Netanyahu said answering a direct question from the interviewer. “His children and grandchildren are raised as Jews. So I don’t think so.”

Trump’s daughter Ivanka married Jared Kushner, a member of a prominent Jewish family. Both served as advisors in the Trump administration and Kushner is considered one of the key figures behind the Abraham Accords.

The issue was raised after Trump wrote a post inviting US Jews “to get their act together” on his social network Truth. In the post, he also expressed his appreciation to the Evangelical community.

“No president has done more for Israel than I have,” Trump said. “Somewhat surprisingly, however, our wonderful evangelicals are far more appreciative of this than the people of the Jewish faith, especially those living in the US. Those living in Israel, though, are a different story – Highest approval rating in the world, could easily be PM. US Jews have to get their act together and appreciate what they have in Israel – Before it is too late.”

According to Netanyahu, these remarks “reflect his frustration, which happens to many politicians when they feel they don’t get all the credit they deserve for the things they did.”

The Israeli leader went on to highlight that Israel enjoys wide support from American Jews.

“American Jews, by and large, and a great majority support Israel warmly, and some – especially in the radical, progressive wing – do not. But the great majority in the Democratic Party do,” he said, adding that Trump’s comment might be caused by “a certain myopia” on the assessment of American Jews.”

The Israeli leader also acknowledged that under Trump, Israel achieved “tremendous breakthroughs that were not achieved before.” He mentioned the recognition of Jerusalem as Israel’s capital, “long overdue given that it has been our capital since King David declared it as such so 3,000 years ago,” the withdrawal from the Iran deal and the recognition of Israel’s sovereignty over the Golan Heights.

However, Netanyahu also stressed the importance of bipartisan support and how he had always been ready to oppose any US president, Republican or Democrat, whose policies could endanger the State of Israel.

“Israel enjoys very broad support among the American people and it is something that I believe is absolutely necessary,” he said. “We have to maintain bipartisan support.”

“While we have developed many alliances with our newfound strength, our economic and technological strength, and military and cyber strength, America is still the indispensable ally, because it is an alliance between our people and it is forged on our common interests but even more so on our common values,” he remarked.