Why do nations assemble, and peoples plot vain things; kings of the earth take their stand, and regents intrigue together against Hashem and against His anointed? 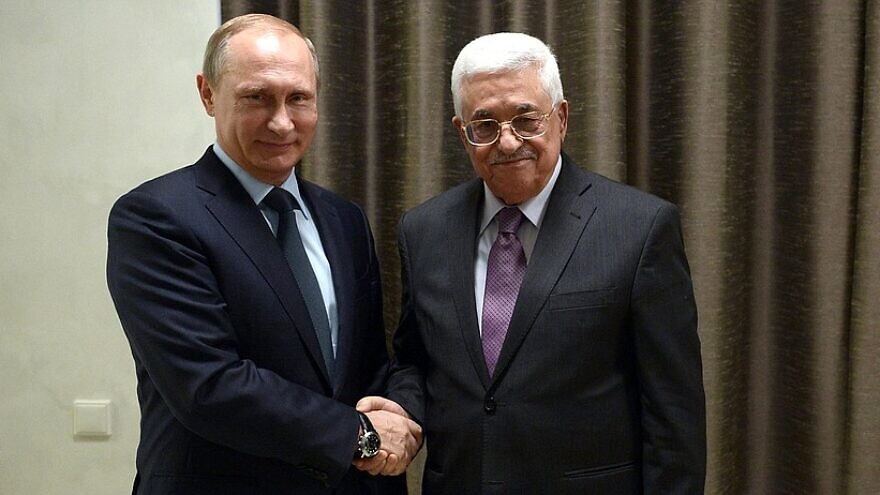 The U.S. administration has criticized Palestinian Authority chief Mahmoud Abbas for seeking to involve Russia in the peace process with Israel, Axios reported on Saturday.

On Thursday, Abbas told Russian President Vladmir Putin during a meeting on the sidelines of a summit in Kazakhstan that the Palestinian Authority does not trust the Biden administration. “We don’t rely on it and under no circumstances can we accept that America is the sole party in resolving a problem,” he said, according to the report.

In contrast, Abbas said that Ramallah was “happy and satisfied” with Moscow’s support.

“Russia stands by justice and international law and that is enough for us,” he said.

A National Security Council spokesperson told Axios in response that “we were deeply disappointed to hear… Abbas’s remarks to President Putin. Russia does not stand for justice and international law, as evidenced by the latest vote at the UN General Assembly.”

Putin is a “far cry” from being a constructive international partner capable of acting as a mediator in the Israeli-Palestinian conflict, the spokesperson said.

“President Biden, in contrast, has demonstrated U.S. commitment for decades to seeking creative solutions and working toward the lasting peace needed to advance stability and prosperity throughout the Middle East,” the spokesperson added.

Since taking office in January 2021, U.S. President Joe Biden reinstated approximately half a billion dollars in aid to the Palestinians that was cut during the Trump administration. Last week, Abbas’s possible successor, Hussein al-Sheikh, was hosted at the White House by National Security Advisor Jake Sullivan.

It was the first official visit by a Palestinian to Washington since December 2017, when Abbas imposed a boycott on the Trump administration after the then-president recognized Jerusalem as Israel’s capital.