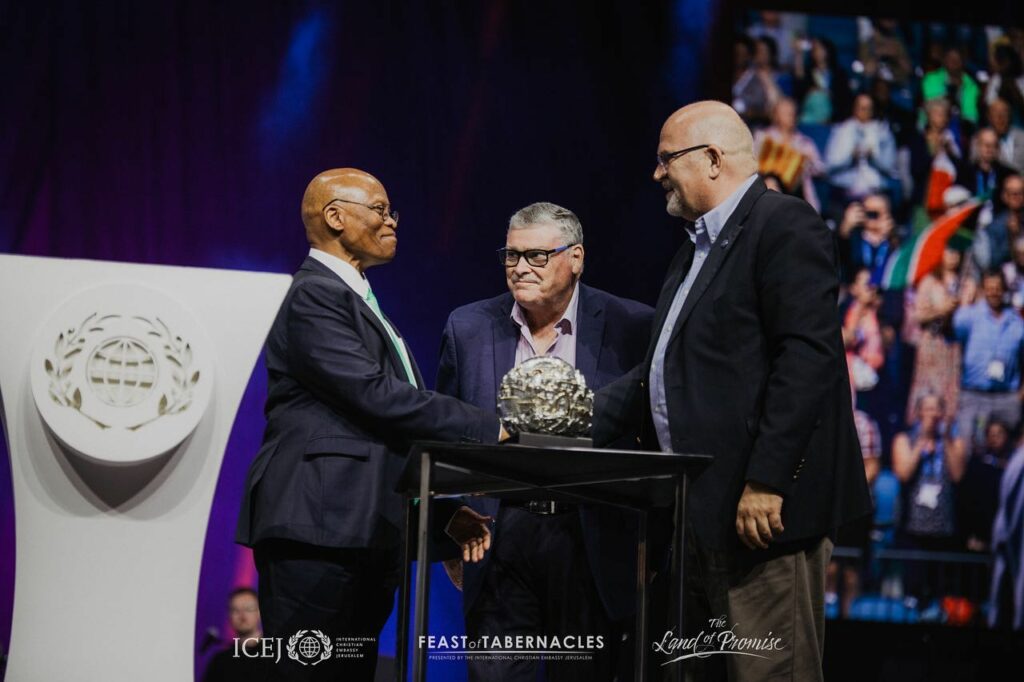 On Wednesday, Mogoeng will receive the ICEJ’s Nehemiah Award in recognition of his “strong stand for Israel and the Jewish people on biblical grounds,” according to the organization.

Mogoeng’s support for Israel is based in his Christian faith.

“I am confident that with the prayers that are going on – there is a team that holds prayers for the peace of Jerusalem every Saturday back home – at one point, and I believe not far from today, that will become a practical reality,” Mogoeng told The Jerusalem Post during his first visit to Israel on Tuesday.

“I really can’t speak for the government…All I can say is this: The minute the overwhelming majority come to terms with the heartbeat of God regarding the relationship between our country and Israel, the easier it will be for their voice to be heard when it says, ‘Let’s have a healthy relationship between our country and Israel.’”

He made the statements that led to his reprimand in a webinar discussion with South African Chief Rabbi Warren Goldstein that was hosted by The Jerusalem Post in July 2020.

“I’m under an obligation as a Christian to love Israel, to pray for [the] peace of Jerusalem, which actually means the peace of Israel, and I cannot, as I Christian, do anything other than love and pray for Israel, because I know, hatred for Israel by me and for my nation, can only attract unprecedented curses upon our nation,” Mogoeng stated at the time.

Mogoeng is a devout Christian and an ordained pastor, serving in several church structures. In his interview for the chief justice position, he stated that “God wanted him to be Chief Justice.” He has argued that religion should infuse the law to a greater extent.

“I’m under an obligation as a Christian to love Israel, to pray for the peace of Jerusalem, which actually means the peace of Israel,” he said.

The Judicial Conduct Appeals Committee ruled against Moegoeng, stating that he had breached the Judicial Code of Conduct when he involved himself “in extra-judicial activities which are incompatible with the confidence in and the impartiality of Judges.” The committee ordered him to issue an apology. He appealed the ruling, arguing that he had the constitutional rights of freedom of religion and freedom of expression. He added at the time that the Constitution had supremacy over the code. But his appeal was denied.

He was forced to issue an apology for these remarks on February 3.

On Wednesday, Mogoeng will receive the ICEJ’s Nehemiah Award in recognition of his “strong stand for Israel and the Jewish people on biblical grounds,” according to the organization.

This is Mogoeng’s first visit to Israel and he is duly impressed.