“And it shall come to pass that everyone who is left of all the nations which came against Jerusalem shall go up from year to year to worship the King, the Lord of hosts, and to keep the Feast of Tabernacles.” Zechariah 14:16 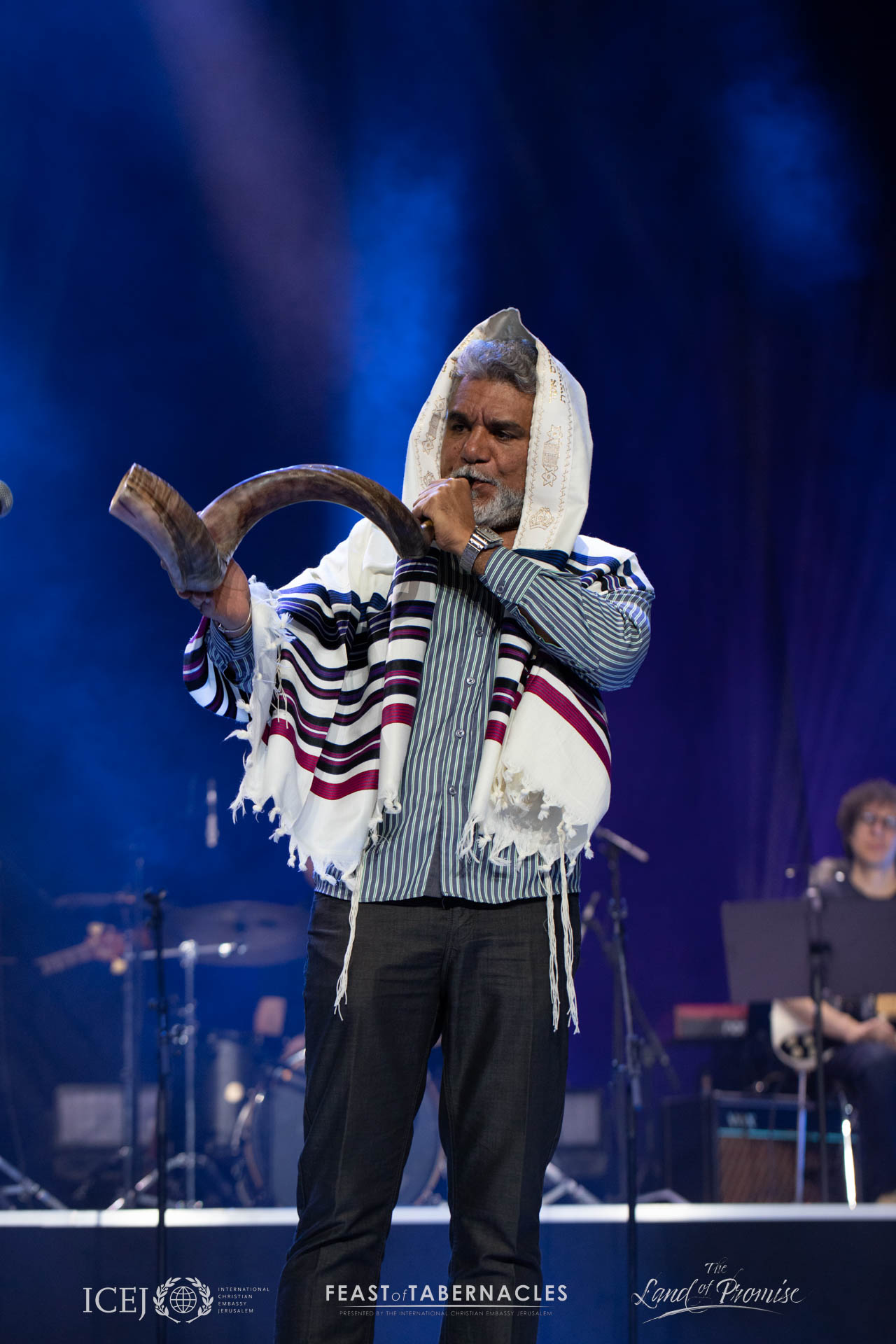 After a two-year pandemic hiatus, the International Christian Embassy Jerusalem (ICEJ) is once again hosting its annual Feast of Tabernacles gathering in Israel. Over 3,000 Christians from over 70 countries are in attendance for the week-long Sukkoth holiday from October 9-16. Another 30 nations are attending online. Some of the main speakers at this year’s Feast include Israeli President Isaac Herzog, Deputy Mayor of Jerusalem Fleur Hassan-Nahoum, and American pastor Andrew Brunson, who was imprisoned in Turkey for two years on false charges of “terrorism.” The event was last held in person in 2019, before the COVID-19 pandemic, when nearly 6,000 pilgrims attended.

Rabbi Tuly Weisz, head of Israel365, attended the event in Jerusalem and saw its prophetic potential.

“It is inspiring to see thousands of Christians from so many nations who have ascended to Jerusalem to celebrate Sukkoth,” Rabbi Weisz said. “It felt like a dress rehearsal for Zechariah’s prophecy. I look forward to its actual manifestation when there will be even more people and more nations getting with God’s program.”

David Parsons, Vice President & Senior Spokesman for the ICEJ, noted that the enthusiasm of the attendees was palpable.

“After two years of travel bans, people are especially excited to come to Israel and we are excited to welcome them here,” Parsons told Israel365 News. “For the first time in the 43-year history of the Feast, we held the opening events in the Galilee.”

The Feast opened for two days of worship services in Capernaum National Park in Galilee, a site that appears prominently in the New Testament. On Tuesday and Wednesday, special events including the Roll Call of Nations were held in the Pais Arena in Jerusalem.

“Normally, we go to the Dead Sea and Ein Gedi to give the people a desert experience similar to Sukkoth in the Sinai wilderness,” Parsons said. “But the Galilee is so important to Christians because of the life and ministry of Jesus in that area.”

On Wednesday, the Parade of Nations will pass through Jerusalem. This spectacular event puts on display an international outpouring of love for God’s eternal city; Jerusalem. Since its inception in 1980, the Christian celebration of the Feast of Tabernacles has been a vital and central part of the ministry of the ICEJ to comfort the people of Israel (Isaiah 40:1). This is also in preparation for the prophetic end-of-day celebration of Sukkoth that will bring all nations together in Jerusalem.

All who survive of all those nations that came up against Yerushalayim shall make a pilgrimage year by year to bow low to the King lord of Hosts and to observe the festival of Sukkot. Zechariah 14:16

Mr. Parsons noted that there will be an Egyptian delegation marching in the parade as well as two Iranian exiles.

“They are converts to Christianity and prayer leaders,” he said. “They will march with the Iranian flag which is extraordinary considering what is going on in Iran right now. It bears witness that not everyone in Iran hates Israel and that there is hope for peace.”

The eighth and final day of the Feast will take the Christian pilgrims down to the western Negev for a special solidarity rally and tree-planting ceremony with the local Israeli communities in the Gaza border area. The ICEJ has been helping to provide bomb shelters and firefighting equipment in the area that has been targeted by rockets from Gaza.

The ICEJ was founded in 1980 in response to worldwide diplomatic protest of Israel’s official declaration of Jerusalem as its undivided and eternal capital. When embassies in Jerusalem were being closed left and right, a group of Christians living in Israel decided to open their own “Embassy” in Jerusalem. It was a symbolic show of support that quickly turned into tangible support for Israel and Jewish people around the world.