On the first day you shall take the product of hadar trees, branches of palm trees, boughs of leafy trees, and willows of the brook, and you shall rejoice before Hashem your God seven days. 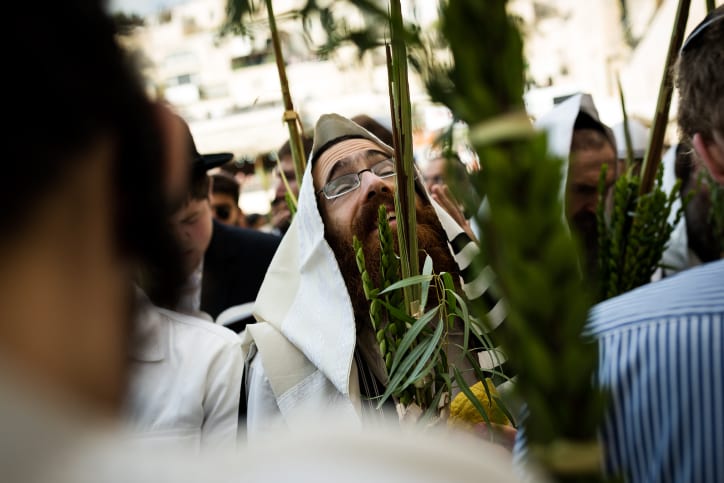 On Tuesday, several young men ascended the Temple Mount and produced a set of Lulav and Etrog to use in the ritual that is performed during the current holiday of Sukkot. The young men, reportedly from the town of Bat Ayin in Gush Etzion, performed this ritual in full view of the police escort.

“Jews observed the mitzvot (commandment) of the holiday in the holiest place in the world and nothing happened,” Nisani said. “Those who create provocations on the subject are only the police and the government. It’s time to stop being afraid and allow Jews also freedom of worship on the Temple Mount.”

As Nisani implied, religious freedom and equality are mandated by Israeli law and the police are supposed to protect the rights of Jews to perform religious rituals on the Temple Mount. But the law stipulates that the police may curtail this civil right due to security considerations.

“This is a partial and distorted description, as the violations that occurred today in the Temple Mount area were dealt with by the police, including the removal and arrest of one of the violators, including in the case described. Today, the visits took place on the Temple Mount as scheduled and in accordance with the rules. Unfortunately, a few visitors violated the rules and were treated accordingly. We will continue to work to maintain security and order in the area and to hold visits to the Temple Mount in accordance with the rules that have been in place for decades. Any attempt by extremist elements to make provocations of this kind, to encourage or justify them – first and foremost harms the public visiting the place, the vast majority of which adheres to the rules of visiting the place that have been in place for many years.”

On Wednesday, Jews visiting the site were subjected to full body searches. 1,397 Jew ascended to the Temple Mount on Tuesday, the first day of Chol Hamoed (intermediary days) of Sukkoth.


Another Jew took the opportunity to perform a Chalaka, a haircutting ceremony held when a Jewish boy turns three-years-old and receives his first haircut.

It should be noted that Arabs do not go through any security measures before visiting the site.