Blow a shofar in Tzion, Sound an alarm on My holy mount! Let all dwellers on earth tremble, For the day of Hashem has come! It is close 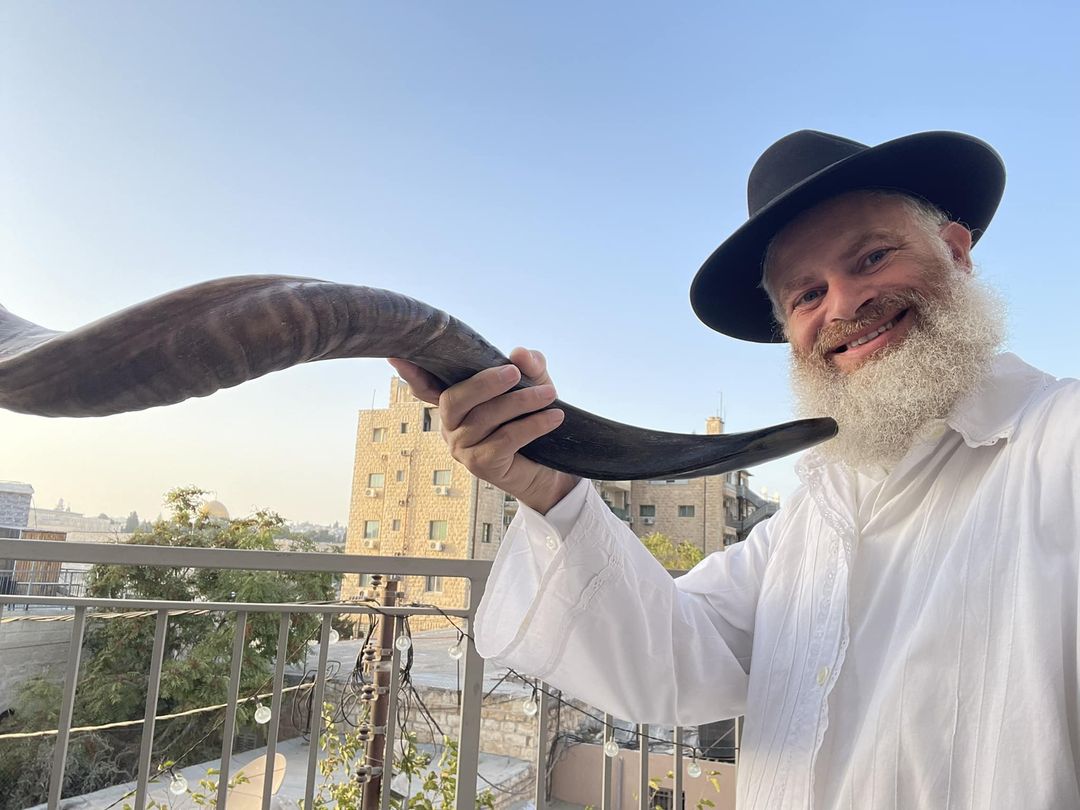 Israel365 News correspondent Joshua Wander and Temple Mount activist Emmanuel Brosh were detained by the Israeli police on Thursday for the “crime” of blowing shofar in Jerusalem. Brosh has been detained and arrested multiple times in recent weeks in a process he said has “destroyed his life.”

On Thursday morning, Wander and Brosh went to the Eastern Wall of the Temple Mount to pray and to blow the shofar. Their intention was to commemorate a similar act carried out by Rabbi Moshe Segal (1904-1985), a Lubavitcher Chassid who was active in the struggle to free the Holy Land from British rule. In 1930, Rabbi Segel was praying on Yom Kippur at the Kotel which was, at the time, a very small area under constant threat. The British Mandatory government prohibited placing a Torah ark, tables, or benches in the alley in front of the Kotel. Even a small stool could not be brought there. The British also instituted ordinances designed to humiliate the Jews at the holiest place of their faith. It was forbidden to pray out loud, lest one disturb the Arab residents. It was forbidden to read from the Torah (those praying at the Kotel had to go to one of the synagogues in the Jewish quarter to conduct the Torah reading). And it was forbidden to sound the shofar on Rosh Hashanah and Yom Kippur. The British placed policemen at the Kotel to enforce these rules. On Yom Kippur, the shofar is sounded at sundown. Rabbi Segel blew the shofar and was arrested by the British and thrown into prison. Word of his deed got to Rabbi Avraham Kook, the chief rabbi of the British Mandate, who continued his Yom Kippur fast, threatening to continue until Rabbi Segel was released. The High Commissioner resisted for several hours; but finally, out of respect for the chief rabbi, he had no choice but to set Rabbi Segel free.

Brosh and Wander did not anticipate difficulties as there have been several recent court decisions instructing the police that blowing the shofar in Jerusalem is protected by Israeli law. But police officers showed up and detained them. They were interrogated and taken to court where the judge ruled that the law permitted blowing shofar anywhere they wanted. Brosh, an observant Jew, told Israel365 News that this period, normally devoted to intensive prayer and repentance, has been, for him, a period of constant police interrogations and court hearings.

“It’s destroyed my life,” Brosh said. The police requested that Brosh be banned from the Old City of Jerusalem until the end of the Sukkoth holiday but the judge refused.

This began three weeks ago when Rabbi Yehudah Glick arrived at the location to blow shofar. The police arrested him but the courts ordered hi to be released. The next day, he returned but despite the court’s decision, he was arrested again, along with Brosh. This cycle occurred several more times and on one occasion, Knesset Members Simcha Rothman, and Michal Waldiger arrived at the Eastern Wall of the Temple Mount to blow the shofar. They were not arrested due to their parliamentary immunity but the police continued to detain Brosh and any other Jews who came to blow the shofar.

Last week,  the Jerusalem Magistrate’s Court rejected for the fourth time police efforts to ban Brosh from the site. As a rebuke to the police, the judge also ordered the department to pay NIS 2,000 in legal costs for Brosh.

Israeli law mandates equality and freedom of religion, including on the Temple Mount. Though the Israeli police are required by law to protect Jewish rights to pray at their holiest site, the law allows the police to restrict this right for security considerations. Palestinians have carried out violent riots at the site in order to prevent religious equality. The police have capitulated to this violence.

The location is adjacent to the Temple Mount but significantly lower. It is currently an Arab cemetery but until recently, it was a site designated for Jewish prayer. In 2011, it was discovered the Arabs had begun burying their dead adjacent to the Eastern Wall of the Temple Mount, in between centuries-old Jewish graves and the Temple Mount. Not only was this illegal and destructive to the archaeology of the site, but it was also, in effect, jumping to the front of the resurrection queue.