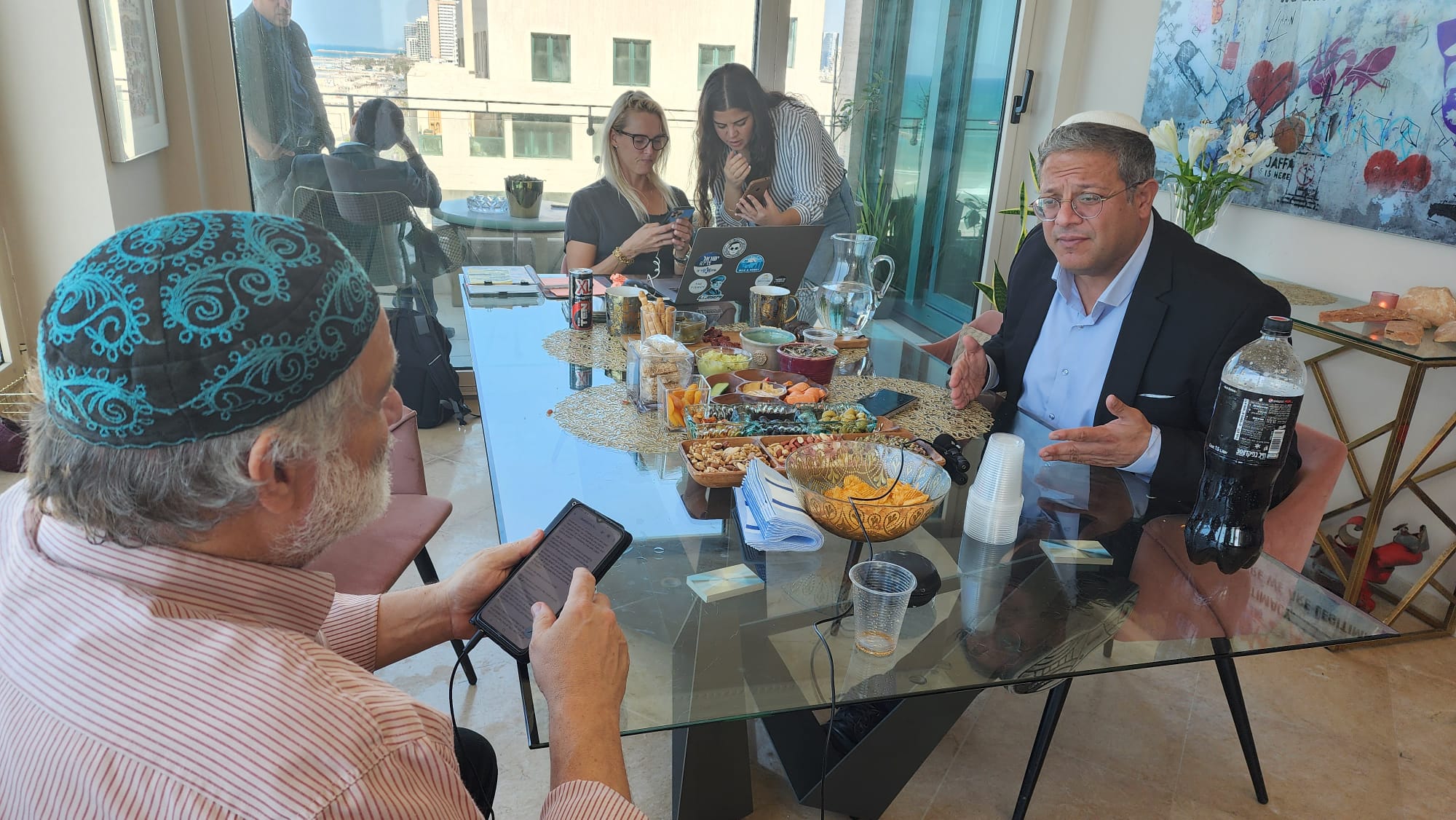 Many are concerned that Itamar Ben Gvir, head of the Otzma Yehudit party, is too volatile and too extreme to play a positive role in the government. In a move that may constitute improper meddling in internal Israeli politics, two US Democrats cautioned the Israeli establishment that including Ben Gvir in the government would jeopardize US-Israel relations. A closer look reveals a different story and a very different Ben Gvir than the mainstream media would have you believe exists; unapologetically right-wing and armed with an unflinching love of Israel.

A  disciple of the right-wing firebrand Rabbi Meir Kahane, a brilliant rabbi who founded the Kach political party, Ben Gvir heads the Otzma Yehudit party. Ben Gvir gained enormously in popularity recently among Israeli voters. As elections are imminent on November 1, polls show the Israeli voters breaking with Ben Gvir leading the trend, surging in popularity, giving Otzma Yehudit between eight and nine seats.  A lawyer, he claims to have been indicted 53 times. In most cases, the charges were thrown out of court. He is also a powerful defender of Jewish activists, offering them pro bono advocacy against a system that is frequently biased against them.

“I can’t say I haven’t changed, maybe mellowed,” Ben Gvir admitted in an informal classically Israeli sit-down with Israel365 News. “Itamar at 46 years old is not the Itamar at 16 years old. But my basic principles remain unchanged and uncompromised. I love Israel. I always have and I always will. When I was young, I shouted that we should kick out all of the Arabs. I don’t believe that anymore. But I do think that anyone who lives in this country should obey the laws. I still think terrorists have no place in this country, even more than I did when I was young.”

In August, opposition leader Benjamin Netanyahu brokered an agreement between Ben Gvir and Bezalel Smotrich, head of the Religious Zionist Party. They agreed to run together in the Knesset elections. The merger created a unified right wing that increased the ability of Netanyahu to form a coalition as head of the Likud party. Ben Gvir”s growing popularity has given him leverage, making him the kingmaker who can give Netanyahu the majority coalition he needs to return to power.

Itamar Ben Gvir has been called an extremist since he first became active in Israeli politics as a teen. During the interview, every answer included some aspect of his love for Israel. This strongly nationalist agenda along with his religious values places him firmly in the conservative camp.

Ben Gvir took me to the window of the campaign headquarters overlooking the promenade of the Tel Aviv beach.

“Israel is not safe,” he said. “We face security challenges we have never had to face before. We are threatened by Hezbollah in the north and by a newly revived Iran. But we are also threatened from within like never before. The IDF has never had to wage gun battles against our own citizens inside Israel. And now they are. Not just in Shechem but in May last year, while over 1,000 rockets were fired from Gaza, there were riots in Akko and Jerusalem.”

“Israelis should not have to be afraid of that threat from within our own country,” Ben Gvir said.

He also emphasized that the political agenda has gone off the rails.

“Israel is a Jewish Democracy,” he explained. “There is a tension between the two values but they are not incompatible. The Bible and democracy complement each other. Especially here in Israel where we must remember and love our legacy. For example, Jerusalem is precious to the Jews. It is our legacy. But the situation on the Temple Mount is unacceptable, and not just for Biblical reasons. Only Muslims can pray there. That is unacceptable in a functioning democracy. That is explicitly racist and antisemitic. Last week, the police would not allow Jews to blow the shofar in Jerusalem, not even on the Temple Mount. That is unacceptable in a democracy and a Jewish state.”

“This is a problem in Israel but we are the front line. Islamic Jihad is quickly becoming a problem around the world. Islamic Jihad is incompatible with democracy around the world. We have to stop it here. It is most intense here but this battle is not just Israel’s. it is simply a battle of good against evil, on every level. If you look at Israel, it is most clear. We are fighting for our survival against evil. This battle is already being fought on a cultural and political level in Europe and it is intensifying. It is just beginning in the US.

“I am not a racist, God forbid. I don’t hate Arabs. They are part of my country and I love my country. But anyone who hurts my country, I hate them. Arabs who are violent, who attack others, I have a problem with these people. We need to deal ith these people in a very strict manner. Terrorists deserve the death penalty. A terrorist that murdered a baby should not be sitting in a prison being treated like he is a guest at a four-star hotel while collecting a salary from the Palestinian Authority. I want to stand up for our soldiers, give them the support they need. If they are attacked, they need to feel that they can fight back without worrying about being abandoned to be attacked in the press or, worse, prosecuted for acting correctly. In Israel, civilians should be able to acquire a gun to protect themselves. ”

“Israel also needs reform in the justice system. This is well-known but no one does it. It can’t be that the people believe one way, the legislative body agrees, and the law agrees, but the court decides differently. There has to be transparency. The courts cannot act behind closed doors with total immunity and power to do what they want.”

“Yes, we are a democracy. But we are the people of the Bible living in the land that God gave to our ancestors. We should be spreading light out into the entire world. But there are too many people and too many Israeli leaders who are afraid of their own identity. What are they ashamed of? We should be proud of our history, our legacy, of the bible, of our land, and our people.”

Ben Gvir does not speak English well but he wanted to speak a few words of introduction to his supporters in the US.