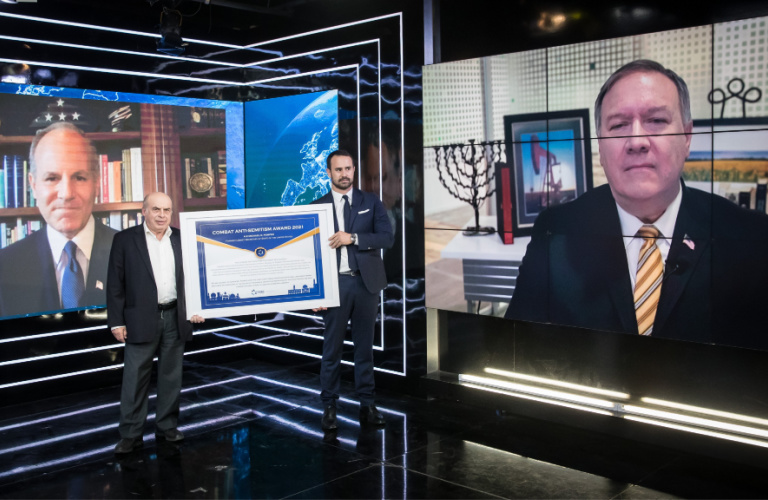 (Thursday, October 6, 2022) – Former Deputy Prime Minister of Israel and Chairman of the Jewish Agency Natan Sharansky has accepted the position of Chairman of the Combat Antisemitism Movement (CAM) Board of Advisors.

“I am very pleased to be joining as Chair of the Combat Antisemitism Movement Advisory Board, which has become one of the most effective organizations in fighting Antisemitism, bringing disparate groups to the table and pushing for the IHRA Working Definition of Antisemitism,” Sharansky said. “It is a very tenuous time for Jews around the world because of rising hate emanating from multiple directions and ideologies. We are at a tipping point whereas Antisemitism has become respectable and acceptable and many of its perpetrators do not even realize they are being anti-Semitic, that is why the struggle for international recognition of the IHRA definition is very important.

“It has become worryingly comfortable and even praiseworthy to hold positions on Jews or Jewish collectivity that would not be acceptable against any other people or minority. This is Antisemitism and we need to combat it together with allies and friends, and that is what CAM is doing so effectively.”

Sharansky is possibly best known as human rights leader, a former Prisoner of Zion and leader in the struggle for the right of Soviet Jews to immigrate to Israel. He is a recipient of the Israel Prize for promoting Aliyah and the ingathering of the exiles.

“It is the greatest honor to have Natan accept the position to chair our Board of Advisors, which already has many prestigious leaders from different backgrounds,” CEO of CAM Sacha Roytman Dratwa said. “Natan has stood up forcefully to hate throughout his life and is an icon in the human rights field. Very few have his history, experience and credentials in fighting intolerance, racism and Antisemitism. We know that he will be a tremendous resource and guide for our movement.”

The Combat Antisemitism Movement is a global coalition engaging more than 600 partner organizations and 1.7 million people from a diverse array of religious, political, and cultural backgrounds in the common mission of fighting the world’s oldest hatred. CAM acts collaboratively to build a better future, free of bigotry, for Jews and all humanity.