Lo, a people that rises like a lion, Leaps up like the king of beasts, Rests not till it has feasted on prey And drunk the blood of the slain. Numbers 23:24 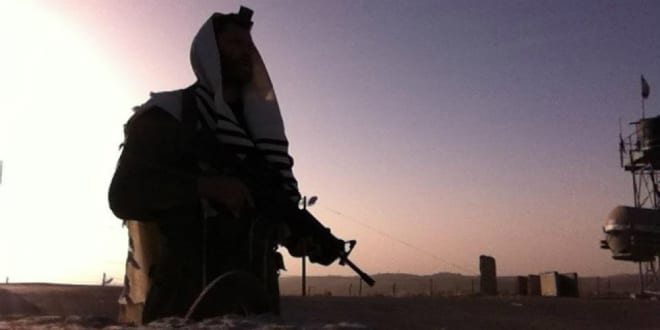 On Sunday, The Ari Fuld Project presented their first annual Ari Fuld Lion of Zion Prize for 2022/5783 to Rabbis  Jeremy Gimpel and Ari Abramowitz, partners in building the Arugot Farm in Gush Etzion and in The Land of Israel Network.

The prize is awarded to activists who have dedicated themselves to building Eretz Yisrael and defending the Jewish people.

Ari Fuld was an American-Israeli and the father of four. He lived in Efrat. A Holocaust survivor’s grandson, Fuld was a fourth-degree black belt who served in an elite unit in the Israeli paratroopers. He was well-known on social media for his pro-Israel advocacy, and worked for an organization that supports IDF soldiers. He was known to give care packages to IDF soldiers fighting in Gaza. Fuld was murdered in a terrorist attack by a Palestinian terrorist at the Gush Etzion Junction in September 2018.  The prize was awarded on the fourth anniversary of the Hebrew date (7 Tishrei) of Fuld’s death.

After much deliberation, it was unanimously decided that the most worthy recipients for the first prize would be two people who have selflessly dedicated their lives, time, money and efforts to building the Land of Israel and teaching Judaism to the masses, exemplifying the exact message Ari always worked to convey.

In 2017, Ari Fuld visited the fledgling farm, just after they had started to build and protect this strategic region of then-barren land in Gush Etzion. Even then, it was evident that what they were doing was amazing but also incredibly challenging.

Miriam Fuld, Ari’s wife said, “My Ari was so excited and proud to see the great work Ari and Jeremy were doing on the Arugot farm when he visited there in 2017. Ari and Jeremy love the land and people of Israel. They are builders of Israel, Zionist activists, and teachers of Torah. It was obvious they had to be our first recipients of The Ari Fuld Lion of Zion Prize.“

“It is the greatest honor I have ever received,” Rabbi Gimpel told Israel365 News. “In his death, Ari Fuld became the ‘Lion of Zion’. In his life, he was a warrior for Israel, a defender of the Jewish People, a guardian of the Torah, and a protector of the Land of Israel. He was one of Israel’s greatest spokesmen. A teacher of Torah who lived the Torag he taught as a shining example to everyone around him. I hope one day to be worthy of this award.”