David Friedman on gas deal: ‘No one imagined 100% to Lebanon and 0% to Israel’ 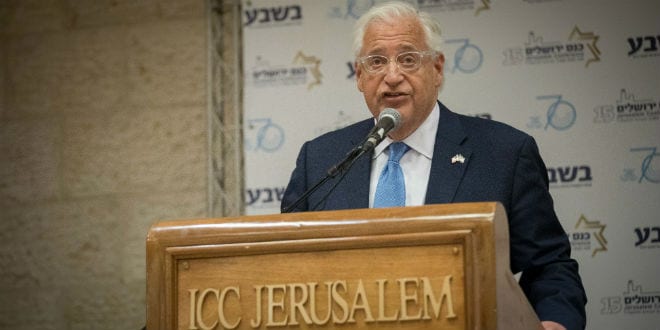 “I understand Lebanon gets it all,” David Friedman, the former American ambassador to Israel, said Monday as he blasted the emerging U.S.-mediated maritime border deal.

“We spent years trying to broker a deal between Israel and Lebanon on the disputed maritime gas fields. Got very close with proposed splits of 55-60% for Lebanon and 45-40% for Israel. No one then imagined 100% to Lebanon and 0% to Israel,” he tweeted.

“Would love to understand how we got here,” he added.

Later, responding to a tweet by Israeli journalist Barak Ravid, who has been defending the current Israeli government’s handling of the negotiations, Friedman stated: “As to the disputed territory, I understand Lebanon gets it all.”

Also on Monday, a top Israeli official was in Paris for negotiations with TotalEnergies SE about future profit-sharing from the company’s exploration of a natural gas deposit off the coasts of Israel and Lebanon, a source told Reuters.