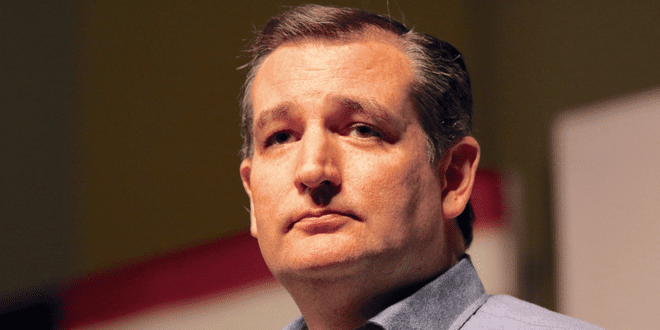 U.S. Senator Ted Cruz (R-Texas) on Sunday expressed concern over what he said was the Biden administration’s pressure on Israel to forge a maritime border deal with Lebanon.

“I am deeply troubled that Biden officials pressured our Israeli allies to hand over their territory to the Iran-controlled terrorist group Hezbollah,” Cruz tweeted, adding: “Another topic for the next Republican Congress to investigate.”

I am deeply troubled that Biden officials pressured our Israeli allies to hand over their territory to the Iran-controlled terrorist group Hezbollah. Another topic for the next Republican Congress to investigate. https://t.co/6upZLxMSlp

Israeli Prime Minister Yair Lapid said on Sunday that Jerusalem and Beirut were discussing the “final details” of the agreement, though noting that “it is not yet possible to praise a done deal.”

The emerging accord “safeguards Israel’s full security-diplomatic interests, as well as our economic interests,” said Lapid.

The United States on Saturday submitted to Lebanese President Michel Aoun a formal proposal to end the dispute, which has been ongoing for more than a decade. Under the terms of the deal, Lebanon would reportedly be allowed to develop the contested Qana gas field, while Israel’s claims over the Karish deposit would be recognized.

Israel recently set up a rig at Karish, where gas was reportedly set to begin flowing in September but was delayed in order to give the talks more time, and amid repeated threats of war by Hezbollah chief Hassan Nasrallah.

Israeli opposition leader Benjamin Netanyahu on Sunday slammed the proposal and accused Lapid of caving in to Hezbollah.

“Yair Lapid shamefully surrendered to [Hezbollah chief Hassan] Nasrallah’s threats,” Netanyahu reportedly stated, adding: “He is giving Hezbollah sovereign territory of the State of Israel with a huge gas reservoir that belongs to you, the citizens of Israel.”

Netanyahu argued that Lapid was attempting to “pull a fast one” on the Israeli public by forging ahead with the accord without a public referendum, as is required by Israeli law before the government can cede sovereign territory.

In the event, Netanyahu said that he would not recognize the prospective deal as legally binding.

The proposal is currently undergoing legal review, after which it will be submitted to a government forum—most likely the Cabinet—for discussion and approval.