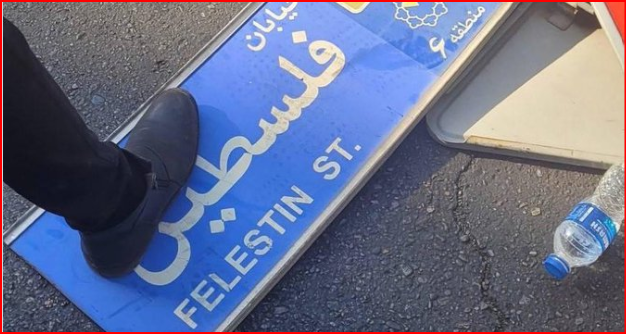 Iran has been rocked by three weeks of protests and though the demonstrations were sparked off by the death of Mahsa Amini, a 22-year-old woman from Iranian Kurdistan who was arrested for removing her hijab, the fury goes much deeper. According to one expert, the riots may signal the start of an uprising that will change the entire region.

Amini was arrested by the “morality police” on September 13 as she exited a train in Tehran. She was accused of wearing “tight pants”. Her brother who accompanied her begged for her release but to no avail. He waited outside of the Vozara morality police detention center but after two hours, she was transferred by ambulance to the Kasra hospital.

The authorities claimed she died from preexisting conditions but her family claims she was healthy until her arrest. Iranian President Ebrahim Raisi has ordered an investigation into the case of Amini but the details being released are sketchy.

The incident sparked off protests which Iran has blamed on “thugs” linked to “foreign enemies” for the unrest.  Etemad Online website in Tehran quoted IRGC Brigadier General Hassan Hassanzadeh who is in charge of Mohammad Rasoulallah Divisionin the IRGC as saying that “the IRGC has understood through eavesdropping that America is behind the protests and wishes to send Iranians to the streets to protest.”

Labor strikes and protests at universities have spread across the country and demonstrations around the world have been held in solidarity. Street protests have turned violent with cars and shops burning.

#Mashhad medical university. dozens of universities have joined #Iran protests today. We are witnessing one of the largest anti-regime protest in the history of Islamic Republic. Protesters in this video are chanting: Students would be dead before they are silenced… #MahsaAmini pic.twitter.com/FRUr3kVM7a

The media reported that at least 19 security personnel have been killed. Troops used tear gas and live ammunition to quell the riots. Reports of civilian deaths vary, going as high as 150 killed. Activists, cultural figures, and journalists have been arrested.

A video posted on social media showed protesters giving flowers to members of the riot police in Tehran, echoing the 1979 Iranian Islamic Revolution when students overthrew the government of the Shah, replacing it with the regime of Ayatollah Khomeini.

The last major wave of protests in Iran was in 2019 over fuel prices. 1,500 people were killed in those protests.

One unusual image that came out was a video of protesters tearing down the street signs of Enghelab (Revolution), Jomhouri Eslami (Islamic Republic) in Tehran, while chanting “Death to Khamenei” on Saturday.’

The protesters also tore down the sign for “Palestine Street”.

Dr. Mordechai Kedar has a deep understanding of the Arab mindset. A senior lecturer on Arabic culture at Bar-Ilan University, he served for 25 years in IDF Military Intelligence, where he specialized in Islamic groups, the political discourse of Arab countries, the Arabic press and mass media, and the Syrian domestic arena. Fluent in Arabic, he is one of the very few Israelis appearing on Arab television, frequently debating Arab thought leaders and imams in their native tongue.

Dr. Kedar explained the enmity behind this act of tearing down a street sign.

“For years, the Iranian regime has been taking money from the people and using it to empower the Palestinians,” Dr. Kedar explained. “The people are starving and the government is giving their money away. Of course, the people hate the Palestinians for this.”

This is clearly true. In May, less volatile protests were accompanied by chants of “Death to Palestine.”

It shows the absurd ideology of the theocratic regime & terrorist shia mullahs in Tehran which supports the #Terrorists against Israel!

Iranian people are supporting #Peace & have no problem with #Israel or the #USA at all. pic.twitter.com/SjNgBklM2Q

This was also true in June 2018 when protests broke out over the economy tanking. Iran’s currency lost almost 50 percent of its value.  The protests were characterized by the same anti-Palestinian chants.

“As it is, the Iranian regime is barely holding onto power,” Dr. Kedar stated. “If the regime falls, which it will eventually, it will be a new Middle East. This will be more transformative than the Arab Spring,” he explained, refering to the series of anti-government protests, uprisings, and armed rebellions that spread across much of the Arab world in the early 2010s.

“All the Iran-supported militias, their proxies, will fall,” he explained. “This includes Hamas in Gaza and Israel, Hezbollah in Lebanon, and the Houthis in Yemen. Even the Islamic Jihad. They will all collapse because the Iranian regime is their biggest supporter.”

Dr. Kedar compared it to the collapse of the Soviet Union in 1991 which had far reaching implications that extended to Soviet-supported countries outside its borders.

“Most of those Soviet-supported countries that were part of the Warsaw Pact and, as such, were seen as opposing the West are now in NATO,” Dr. Kedar explained. “Just so, many of these countries that are now seen as enemies of the US and Israel will become allies if the Iranian regime falls.”

Dr. Kedar noted that Iran cannot return to the previous government which was run by the Shah. He emphasized that it is a mistake to speak about the “Iranian people”.

“Essentially, Iran is not one country or one nation. There are Arabs, which is Ahwaz, there are Kurds, Turkmen, Azerbaijan, Balochi.” he said. “The Persians, who run Iran, are a minority. If the protests are successful in bringing down the regime, most probably, Iran will break up into ethnic states,” he said.

Dr. Kedatr expained that in his office, he has displayed a  flag of the unrealized State of Ahwaz.

There is a long-standing yet relatively unknown National Liberation Movement of Ahwaz. It is an Arab nationalist and separatist organization whose goal is to establish an independent state called Ahwaz in Iran. Ahwaz, constituting 375,000 square miles and home to five million Arab Ahwazi, was occupied by the Persians in 1925.

“The change can happen because the people want it and will demand it,” Dr. Kedar said. He noted that over the summer, the Iranian regime was hard-pressed to suppress protests in the Ahwazi region due to extreme water shortages. “They are suffering horrible oppression. It is a humanitarian crisis the media is ignoring entirely because it runs against political interests, like the US agenda to support the Iranian regime. The Ahwazi are, nonetheless, fighting back in many ways. They are real fighters. It would be a huge mitzvah for Israel to support the people of Ahwaz and the other ethnic groups and it is also in our national interest.”

Dr. Kedar is in close contact with leaders in the Ahwazi movement and knows that such a possibility is being discussed.