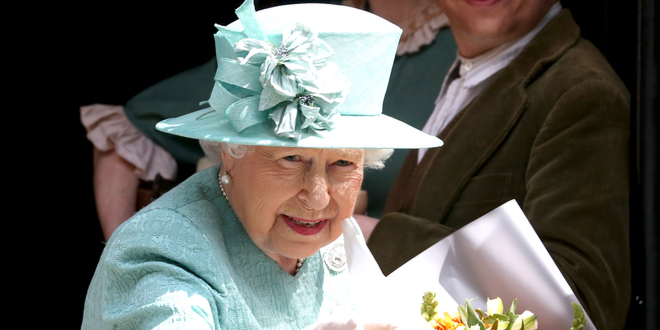 “Muslims should NOT sing the national anthem” is the title and argument of a recent piece by Faisal Bodi of the so-called “Islamic Human Rights Commission” based in London.  Written in response to Queen Elizabeth II’s recent funeral, it reveals Muslim sentiment in more ways than one.

First, Bodi engages in the usual: civilizational projection—accusing Britain of mainstream Islamic practices.  Thus, he claims that Muslims in Britain “have been beaten into second class citizenship,” when it is Islam, in fact, that openly mandates second class status for non-Muslims living under Islamic rule.  The Koran (9:29) goes so far as to insist that Christians and Jews be regularly extorted (via jizya) and continuously made to feel “fully humbled.”

Similarly, after bemoaning how the British “monarch embodies all the cruel atrocities and plunder carried out under the British Empire,” the Muslim living in Britain writes:

Given that this anthem was and is sung as a patriotic ode when Britain has invaded Muslim countries or gone to war with them, it is grotesque to see Muslims belting it out particularly on masjid premises [mosques].

To anyone with an inkling of historical knowledge—true and accurate as opposed to fake and “woke” history—such a claim is beyond misleading. Before any Brit traveled to “Muslim countries”—most of which were violently stolen from Christians—Muhammad’s followers had, for many centuries, been invading, terrorizing, and conquering various parts of Europe in the name of Islam.  In their quest to leave no stone unturned, they even plundered the remotest corner of Christendom—Iceland—of its people.

Bodi also argues that “the national anthem is not a religiously neutral song”—it has too many “Christian trappings”—and that British monarchs are “conferred with the title of ‘Defender of the Faith.’ Their principal duty is to preserve the primacy of the Church of England.”

This, for the Muslim “human rights activist,” is also blameworthy—perhaps because it is precisely due to Europe’s “Defenders of the Faith” that Islam could never achieve its goal of conquering Europe, despite centuries of atrocity-laden jihadist campaigns.

The most revealing aspect of Bodi’s argument, at least for those with eyes and ears to see and hear with, is that he does what so many do: invoke “wokist” paradigms to justify their own evil, or in this case, disloyal inclinations.

This especially comes out in the British Muslim’s closing lines: the opportunity for Muslims in Britain to sing the anthem “is being seized on as a chance to affirm their loyalty to the state,” he writes, “which has always been a sine qua non for gaining mainstream acceptance.  It’s an embarrassingly demeaning act of servility and surrender and should rightly be condemned as such.”

Although expressing loyalty to one’s country is a perfectly normal expression for most people, there is an unspoken reason that Bodi and other Muslims deem such a pledge “an embarrassingly demeaning act of servility and surrender.”

Needless to say, then, expressing any sense of “loyalty” to non-Muslims or their state is anathema for Islam.  In Allah’s thundering words, “O you who have believed! do not take the Jews and the Christians for friends and allies….  Whoever does this [befriend or pledge allegiance to any non-Muslim] shall have no relationship left with Allah—unless you but guard yourselves against them, taking precautions. (5:51, 3:28).

Muhammad ibn Jarir at-Tabari (d. 923), author of arguably the most authoritative and mainstream commentary of the Koran, explains what “guard yourselves” means here:

If you [Muslims] are under their [non-Muslims’] authority, fearing for yourselves, behave loyally to them with your tongue while harboring inner animosity for them … Allah has forbidden believers from being friendly or on intimate terms with the infidels rather than other believers—except when infidels are above them [in authority]. Should that be the case, let them act friendly towards them while preserving their religion.

Ibn Kathir (d. 1373), another prime authority on the Koran, writes:

The Most High said, “[U]nless you but guard yourselves against them, taking precautions”—that is, whoever at any time or place fears their evil may protect himself through outward show—not sincere conviction.

As supporting evidence, Ibn Kathir then quotes one of Muhammad’s close companions, Abu Darda, saying “Truly, we grin to the faces of some peoples, while our hearts curse them.”

Nearly fourteen centuries after such faithless words were uttered, an American Muslim, Tarik Shah, who was arrested for terrorist-related charges, boasted: “I could be joking and smiling [with American non-Muslims] and then cutting their throats in the next second.”

In short, Bodi’s real purpose in calling on Muslims to disavow the British anthem has less to do with his projective complaints and everything to do with Islam’s own divisive nature, which requires Muslims to hate—certainly never express (sincere) loyalty to—anything and anyone un-Islamic.

Indeed, if Bodi were more honest, he would drop the grievance mongering and simply reiterate the refreshingly honest words of the Islamic State to the West:

We hate you, first and foremost, because you are disbelievers.… The fact is, even if you were to stop bombing us, imprisoning us, torturing us, vilifying us, and usurping our lands, we would continue to hate you because our primary reason for hating you will not cease to exist until you embrace Islam. Even if you were to pay jizyah and live under the authority of Islam in humiliation, we would continue to hate you.