The End of Debate

Home » The End of Debate 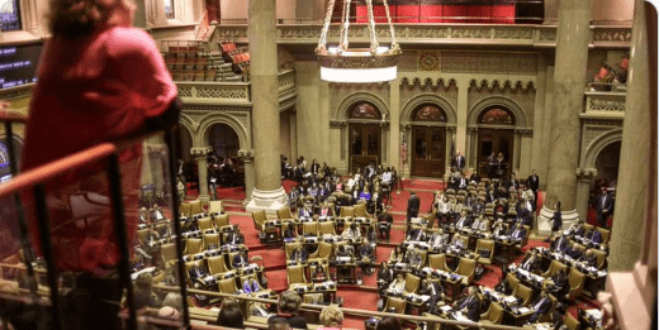 In New York City, world leaders dodged traffic, deranged panhandlers and the city’s unique fall funk to lecture the planet on their views at the United Nations General Assembly.

Catherine Colonna, minister for Europe, countered that, “Where Russia employs disinformation and propaganda, justice must be grounded in facts.”

The one thing the Russians and Europeans can agree on is that the whole matter of the war can be reduced to “disinformation”: bad speech that we would all be better off without. The only issue, as Lenin put it, is “Kto Kovo” or “Who, Whom.” Who gets to censor whose speech?

No regime, no matter how debased, hesitated to rant about “disinformation” at the United Nations.

Islamist tyrant Muhammadu Buhari argued that “Nigeria has had many unsavory experiences with hate speech and divisive disinformation,” and urged “efforts to protect communities from the scourge of disinformation and misinformation.”

New Zealand Prime Minister Jacinda Ardern, whose Christchurch Call to Action has already been used to eliminate political dissent and suppress speech in a variety of countries, including the United States, had her own disinformation take.

“After all, how do you successfully end a war if people are led to believe the reason for its existence is not only legal but noble? How do you tackle climate change if people do not believe it exists?” she continued.

How indeed? If only it were possible for us to use free speech to debate these ideas. But whether it’s Europe or Russia, Nigeria or New Zealand, world leaders seem united in turning their backs on the very notion of debate. The only difference is that the ex-liberal leaders like Ardern pay some sort of lip service to free speech before taking it out back and shooting it.

“If we do not have the capacity to distinguish what’s true from what’s false, then by definition the marketplace of ideas doesn’t work. And by definition our democracy doesn’t work,” Obama complained a few years ago. “I can have an argument with you about what to do about climate change,” he said. “I don’t know what to say if you simply say, ‘This is a hoax that the liberals have cooked up, and the scientists are cooking the books.’”

Debate is hard. Especially to leftists like Obama or Ardern who have lost the ability to recognize that anyone can fundamentally, rather than procedurally, disagree with them in good faith.

Disinformation rapidly became a catch-all term for delegitimizing disagreement on moral grounds using conspiracist fig leaves to depict dissent as an existential threat. To the political establishment, there are no legitimate grounds for disagreeing with it on any issue.

The establishment designates experts to establish a manufactured consensus, denounces those who disagree as pawns of some larger conspiracy whose ideas endanger us all. When everything is either a public health crisis (COVID-19, racism, transgender mutilation) or a threat to the survival of the human race (war, global warming), the threat is too serious for democratic norms. The only thing to be done is to expose the conspiracy and silence its perpetrators.

Such rhetoric—“they faked the moon landing,” “they killed JFK,” “they invented doubt about our pet cause”—is the norm for conspiracy theorists the world over. The difference here is that this conspiracy is endorsed by the establishment as a reason to end debate. If the opposition is really part of a conspiracy, then there’s no point in debating them, is there? Or even allowing them to be heard.

Disinformation charges rapidly move from delegitimization to criminalization. World leaders like Ardern insist that we could solve problems if people didn’t insist on disagreeing with us. Obama contends that a society can’t function if we can’t all agree on what’s true. Someone has to decide what’s true. And who better than the leaders who gather at world conferences?

As Germany’s Foreign Minister Annalena Baerbock put it at the G7, “It is disinformation that prevents an open debate. It discredits. It suffocates those who hold a different view. Disinformation is an attack on the very values of our liberal democracies: our openness, our transparency, our ability to debate and to argue fairly and freely.”

The only way to protect free speech is through censorship. Only by destroying free speech can we save it.

Disinformation is the ultimate ad hominem argument. It’s become the first resort of echo-chamber establishments that have lost the ability to debate because they don’t understand how anyone can or should be allowed to think differently than they do. The obsession with fighting disinformation just takes the safe-space university model national and international.

And in the perfect example of horseshoe theory, it brings together totalitarians from across the world who don’t agree on anything except that different opinions are a threat to their regimes.

The rejection of debate is the ultimate in illiberalism. And yet the war on disinformation is being championed by western leftist governments that warn about the illiberalism of their opponents.

Governments and individuals can and do lie, they can argue in bad faith, spread propaganda and demonize the other side. That is what debate looks like. Speech isn’t just good speech, it’s all speech. That includes the exchange between two eighteenth century British notables: “You must either die of the pox, or on the gallows,” which was met with, “That depends upon whether I embrace your Lordship’s mistress, or your principles.”

If the only “legitimate” free speech is truthful, good or fair, that’s just censorship with lipstick. Someone will have to decide what kind of speech needs to be censored, and the invented class of experts put forward by leftists to fight disinformation will ensure that their speech is protected and that of their political opponents suppressed.

Speech, like elections, is either free or it’s not. The closing of political systems encompasses general principles and specific applications like the Bill of Rights. An international censorship coalition is growing. Its purpose is to ensure that the only debate allowed consists of world leaders reading from prepared speeches at the U.N. General Assembly before returning home to oversee countries where free speech, and all freedoms, have been eliminated.