Christians weigh in on the relevance of the red heifer

“This is the ritual law that Hashem has commanded: Instruct B’nei Yisrael to bring you a red cow without blemish, in which there is no defect and on which no yoke has been laid

Home » Christians weigh in on the relevance of the red heifer 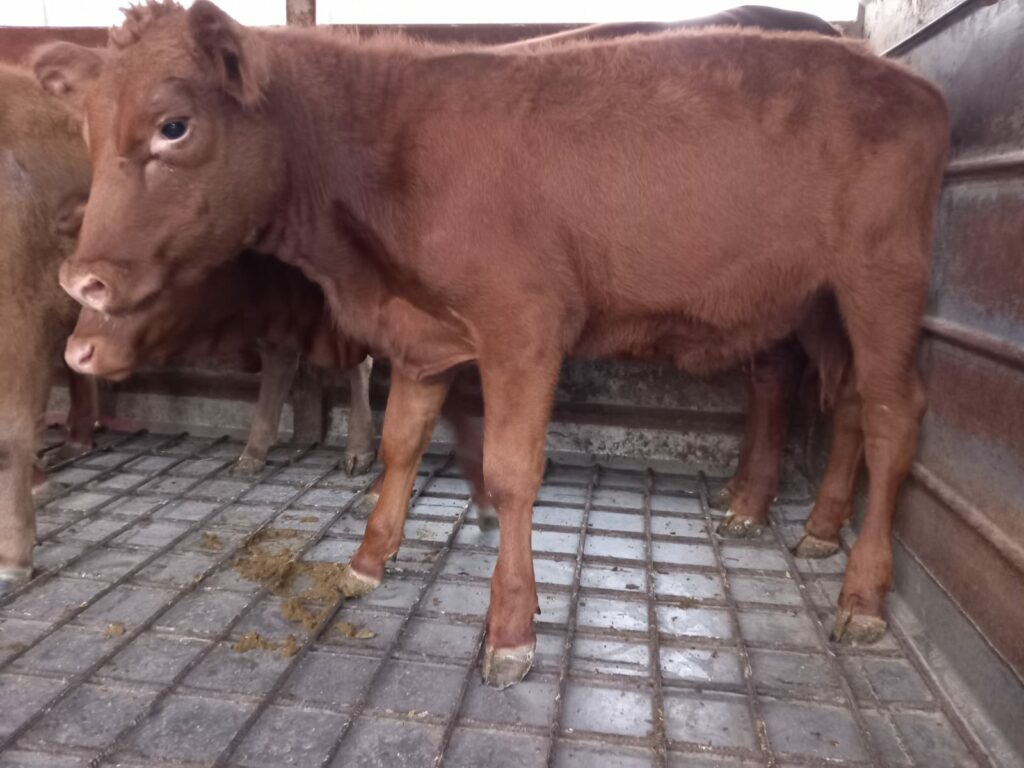 On Thursday, a major step was made towards reinstating the Temple service when five perfectly red heifers landed at Ben Gurion International Airport in Tel Aviv. The heifers were certified and are under the supervision of the Temple Institute but were provided by Boneh Israel, an organization that connects Christian lovers of Israel to the Holy Land.

The ashes of the red heifer are unquestionably a critical part of the Temple service in Jerusalem, and so Jews hoping to rebuild the Temple are exhilarated over the arrival of these animals in Israel. The implications for Judaism are huge, signaling a return to observing commandments that have been impossible to keep since the destruction of the Second Temple in 70 CE.

But this development may be theologically challenging for many Christians who believe that Jesus made animal sacrifices obsolete. Israel365 News turned to three Christian thought-leaders to weigh in on how they view the return of the Biblical Red Heifers.

As the founder of Boneh Israel, Byron Stinson was instrumental in procuring the Red Heifers. Stinson felt that he needed to help Israel on its prophetic mission to find a Red Heifer and reinstate the Temple service in Jerusalem.

“As an American, I know that our nation is a Judeo-Christian nation,” Stinson said. “Everything we do is about the Bible and doing the right thing. My whole life, I’ve been drawn by my spirit to read the Bible and love the Bible. Anyone who does that has to know without any doubt that God chose Israel to prove to the nations that He is God. He says in the beginning that He is going to do something, like return His people to the land, and in the last days, that is what He did; returned His people to the land.”

“I needed to be connected to Israel because of this,” Byron stated emphatically.

“I was raised as a Christian so I will speak as a Christian,” Byron continued. “We are not just Christian as a nation. It is Judeo-Christian. I believe that there is a bloodline for many Christians that calls us by the Spirit to be part of this land. I believe I am one and these people who are called to this, their hearts make them come.”

John Enarson, the Christian Relations Director for Cry For Zion, believes that reinstating the Red Heifer and Temple service would be a positive step for Christianity.

“This is a historic event of biblical proportions, Enarson told Israel365 News. “I continually try to prepare Christians for the fact that, just like Israel was restored, the Temple Mount will ultimately be restored, and neither restoration is some nefarious work of the devil, God forbid.”

Enarson acknowledged that some Christians view the arrival of the Red Heifers and the prophetic establishment of the Jewish Third Temple as a negative development.

“Sadly, a segment of the church will have knee-jerk reactions to news of red heifers,” Enarson said.”That’s because the lack of a Temple is the last, desperate stand of Replacement Theology. The destruction of the Temple was viewed by the later church as conclusive proof that the “Old Covenant” was dead and superseded by something radically redefined.”

“In fact, according to the New Testament, there is no conflict between the Temple sacrifices and the Gospel. None at all. Instead, they illustrate it. For Christians, sacrifices before Jesus pointed forward to Golgotha. Afterward, they point back to it. It’s that simple. Hebrews 10:4 clarifies that it was always ‘impossible for the blood of bulls and goats to take away sins’ in order to save someone’s eternal soul. They serve other important functions.”

“The New Testament specifically mentions the ashes of the Red Heifer. It endorses their legitimacy (in the present tense) and states that the ashes certainly continued to remove ritual impurity of the physical body (Hebrews 9:13). It argues that this very truth should encourage our faith in Jesus.”

Enarson notes that the Temple plays an essential role in early Christianity.

“Jesus himself loved God’s Temple, the ‘Father’s House’”, Enarson said. “He wept at the very thought of its desolation. Paul had no problems bringing sin offerings in the Temple in Acts 21. He testified repeatedly on trial that he came to bring sacrifices, was purified by the ashes of the Red Heifer, and committed no offense against the Temple (Acts 24:17-18; 25:8). The evidence is clear.”

“As news of a potential Red Heifer break, we Christians should remember that Jesus and his apostles never slandered the Holy Temple by calling it the ‘temple of antichrist,’ or of the devil, God forbid. They called it the ‘Temple of God’ (2 Thess 2:3-4).”

“The ‘temple of the antichrist’ is a completely unbiblical term, both literally—it does not appear in the Bible—and figuratively,” Enarson stated unequivocally. “It is not the temple ‘of antichrist.’ It is God’s House.”

“The church needs to reexamine the Scriptures, not just regarding Israel, but in regard to the Temple service as well,” Enarson concluded. “It is a noteworthy encouragement that a committed Christian has provided these red heifers to Israel.”

Pastor Trey Graham, the senior pastor of First Melissa in Texas, prefaced his comments about the Red Heifer by saying, “I am a Bible teacher and not a lobbyist.”

“Followers of Jesus who love God’s Word are called to study and understand both testaments of their Bible,” Pastor Graham said. “When they read the New Testament, they will find these words of Jesus, ‘Do not think that I came to abolish the Law or the Prophets; I did not come to abolish but to fulfill (Matthew 5:17).’”

Pastor Graham noted that the Red Heifer plays an important role in the Hebrew Bible.

“Followers of Jesus (known as Yeshua in Hebrew) should also read Numbers 19:2 in the Old Testament (Tanakh) which says, ‘This is the statute (Hebrew, chok) of the law which the Lord has commanded, saying, ‘Speak to the sons of Israel that they bring you an unblemished red heifer in which is no defect and on which a yoke has never been placed.’”

Pastor Graham noted that according to Christian theology, belief in Yeshua precluded the need for animal sacrifices.

“Christian beliefs assert that the death of Jesus on the cross and His resurrection provide the ultimate sacrifice for sin and forgiveness for all mankind,” Pastor Graham explained. “Christian doctrine also teaches that animal sacrifices in the Bible allude to the saving work of Jesus, the Jewish man called the ‘Lamb of God’ by John the Baptizer (John 1:29).”

Nonetheless, Pastor Graham emphasized that the restoration of the Temple in Jerusalem was a necessary step in the final redemption.

“Bible students, both Christian and Jewish,  who anxiously anticipate the Third Temple may soon realize that the ashes of a red heifer (parah adumah) are one of the final missing ingredients for the prophesied restoration of Temple worship in the days of Messiah,” Pastor Graham said. “The Mishnah (Oral law) teaches that only nine of these rare animals were sacrificed during the days of the Tabernacle (Mishkan) and the First and Second Temples. Maimonides taught that the tenth red heifer would only be found and sacrificed when King Messiah was ready to appear.”

“The faithful and arduous work done by those seeking to raise a spotless red heifer in our generation, including some of my fellow Texans, should be commended. For Jews, this step could be the realization of Maimonides’ prophecy. For Christians, this development could be another confirmation that the promises of the Bible, in both Old and New Testaments, are true and trustworthy.”

“Jews and Christians can jointly pray that the adventures of this unique animal will bring us one day closer to Messiah’s coming. As Maimonides wrote, “May he speedily be revealed” (Mishneh Torah, Laws of Parah Adumah 3:5).