Fatah Boasts: Arafat Deliberately Started the Intifada Terror Campaign – Testimony by Arafat’s Advisor who was There 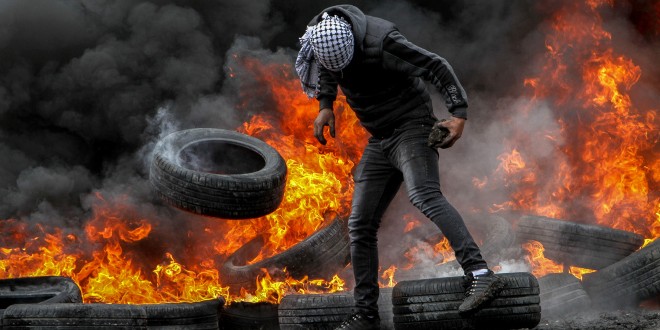 This week, Fatah posted an old interview with Mamdouh Nawfal who served as Yasser Arafat’s Advisor on Internal Affairs in 2000. Nawfal described in detail Arafat’s decision to take advantage of then Israeli Parliament Member Ariel Sharon’s visit to the Temple Mount in September 2000 to start a terror campaign that would last a “long” time. The terror orchestrated by Arafat and the PA lasted 4.5 years, during which time Palestinian terrorists, including many members of Arafat’s PA security forces funded by the West, murdered 1,100 Israelis.

Palestinian Media Watch reported at the time, and has added extensive documentation since, that the “second Intifada” was a terror campaign initiated and directed by Arafat, contrary to claims of the Western governments and some Israeli leaders who were misled into believing that Arafat was merely unable to stop it.

In the interview originally broadcast on Al-Jazeera on Feb. 3, 2009, and posted by Fatah on Facebook on Sept. 6, 2022, Arafat’s advisor Nawfal described that already on the day of Sharon’s visit to the Temple Mount, Arafat “dispatch[ed] many people under the name Guardians of Al-Aqsa” to initiate violence.

The very next day he gave the orders that the Palestinian terror was to be “everywhere”: [Facebook page of the Fatah Commission of Information and Culture,
Sept. 6, 2022]

Arafat’s plan was that the terror campaign would be “long,” and that Fatah and not Hamas would lead it: “The path is still long, and we will see who will lead.’”

This is not the first time that Arafat’s advisor has admitted that Arafat was solely responsible for the intifada terror. PMW exposed a previous interview in 2005 in which he said this explicitly:

“As to the second Intifada, one could say with complete objectivity that Arafat exploited Sharon’s visit to the Temple Mount and the people’s hatred of the occupation to bring about the outburst… Arafat made no attempt to evade responsibility when he was blamed for its eruption…”

It is unclear why Fatah decided to rebroadcast this old interview now. One likely explanation is that today, Sept. 13, 2022, is the 29th anniversary of the signing of the Oslo Accords. The PA has said many times that the “success” of the intifada – i.e., the murder of over one thousand Israelis – was proof that Arafat made the right decision by signing the Oslo Accords. The terror would not have been possible without the Oslo Accords, which enabled the PA to build its terror infrastructure, since part of the Oslo agreement was to allow the PA to arm itself. Fatah, which is very weak today, and possibly stands to be defeated by the terror organization Hamas were elections to be held, is taking this opportunity of the Oslo Accords anniversary to remind Palestinians that it was Fatah’s Arafat who decided both to sign the Oslo Accords and to launch and direct the “second intifada.” The text posted by Fatah with the video also points to this:

Posted text on Facebook page: “Watch how the moment of igniting the [second] Intifada arrived.

See PMWs conclusive report exposing the PA’s terror intentions in signing the Oslo Accords titled: “The Olso Accords according to the PA – 25 years in review.”

The following is a longer text of the interview with Arafat’s advisor describing Arafat’s launching of the PA’s intifada terror campaign in September 2000:

“When [Sharon’s] visit was held, Arafat said that the time had come for the second Intifada. He said: ‘The Al-Aqsa Mosque will cause the Palestinian people and all the Arab and Islamic peoples to take action…’

Perhaps the viewers and many others don’t know that from the day of Sharon’s visit to the Al-Aqsa Mosque, Arafat decided to dispatch many people under the name Guardians of Al-Aqsa. He increased the number of the Guardians of Al-Aqsa, and he asked the commanders of the [PA] Preventive Security Forces to send groups to defend the Al-Aqsa Mosque. As I recall [Sharon’s] visit was held on a Thursday, and the orders and instructions to the Security Forces and the Tanzim (i.e., Fatah terror faction) were to take action after the Friday prayers. The activity was not limited to the Al-Aqsa Mosque.

The instructions to the Fatah organizations were to take action in the West Bank, the Gaza Strip, and everywhere. In a meeting of the security council, one of the [PA] Security Forces commanders said: ‘Brother Arafat, there is a danger that Hamas will lead the mass activities, especially because this is an activity tomorrow after Friday prayers, and Hamas is preparing to take action from within the mosques. There is a danger that Hamas will lead the activity.’ Arafat said: ‘These are petty considerations. The cause is much greater than this and the battle is long… The issue now is not who will lead. The path is still long, and we will see who will lead.’”