Will Israel be led exclusively by Levites come election time?

For Hashem your God has chosen him and his descendants, out of all your tribes, to be in attendance for service in the name of Hashem for all time. 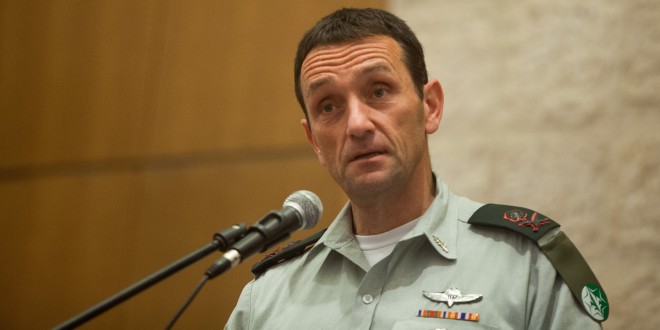 Gil Hoffman, the Executive Director of HonestReporting and former chief political correspondent of The Jerusalem Post, made an interesting political commentary on Sunday.

“For anyone else who cares what tribes lead #Israel, if @netanyahu returns to power, for the first time ever, the Jewish state will have a PM, a president in @Isaac_Herzog and an IDF chief of staff in Herzi Halevi, who are all Levites. (Unless you count Moses, who held all 3 jobs)”, Hoffman tweeted.

For anyone else who cares what tribes lead #Israel, if @netanyahu returns to power, for the first time ever, the Jewish state will have a PM, a president in @Isaac_Herzog and an IDF chief of staff in Herzi Halevi, who are all Levites. (Unless you count Moses, who held all 3 jobs)

This connection was further strengthened by former Knesset Member and Temple Mount Activist Rabbi Yehudah Glick, who noted that this week, Jews read the Torah portion containing the verses:

If a Levite would go from any of the settlements throughout Yisrael where he has been residing to the place that Hashem has chosen, he may do so whenever he pleases. He may serve in the name of Hashem, his God, like all his fellow Leviim who are there in attendance before Hashem. Deuteronomy 18:6-7

One commenter noted that Naftali Bennett is a Kohen and, therefore, also a member of the Tribe of Levi. Yet another comment compared the tribal connections of the government to the Hasmonean dynasty, a less than successful melding of the ruling and priestly class.

“During pretty much the entire Hasmonean period, about 90% of the leadership was from the tribe of Levi,” it read. “And the other 10% were Idumean converts.”

The Hasmoneans who ruled Israel from 140 BCE to 37 BCE were Kohanim, the priestly subset of the tribe of Levi, who also served in the Temple. The Hasmoneans ruled for 103 years until they were deposed by Herod the Great, an Edomite whose ancestors had converted to Judaism.

For all those into the tribes of Israel, @netanyahu is a Levite and he’ll be replaced by Naftali Bennett, who’s not. But Israel will soon have Levites as president in Isaac Herzog, Knesset speaker in Mickey Levy & Finance Minister Avigdor Liberman so that it will remain a Leviocracy!

In 2019, Hoffman tweeted that Netanyahu’s term in office marked “the longest reign of the Levite tribe over Israel since the Hasmonean dynasty ended in 67 BCE.”

No one knew that Netanyahu was a Levite until 2011, when a Likud conference was held in Tzfat (Safed). At the afternoon prayers, the rabbi asked if there was a Levite for the appropriate portion of the Torah reading, and Netanyahu announced that he was a Levite. It is now common knowledge; however, it is significant that he first made this known in Tzfat, which means ‘to look out over.’ It was so named since it overlooks the upper Galilee, which is prophesied to be the first place the Messiah will be revealed.

Netanyahu became the longest-serving prime minister in July 2019 when he surpassed David Ben Gurion’s 4,876 days (over 13 years) in office, though neither served uninterrupted terms.