With a strong hand and an outstretched arm and overflowing fury I will bring you out from the peoples and gather you from the lands where you are scattered, 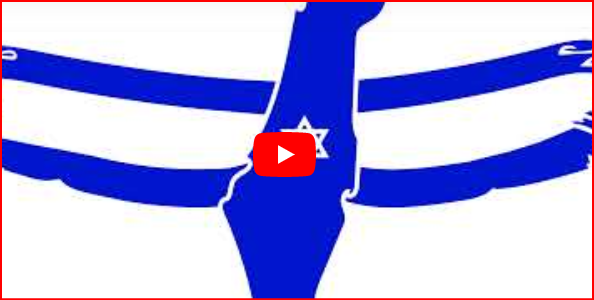 An emergency Aliyah conference was held in Jerusalem on Sunday, focusing on bringing Jews home from North America.

The conference was conceived and organized by Tzvi Fishman, Joshua Wander, and Yehudis Schamroth, all veteran olim from the US with an insider’s understanding of the issue. The conference focused on bringing together people who are already actively involved in facilitating aliyah.

“There are a lot of different organizations working on this,” Wander said. “But they have never been in one room together. We shared ideas. The grassroots movement must coalesce into something more impactful.”

The organizers also concluded that the issue was indeed urgent and required immediate action.

“We came to the understanding that there is an urgency to bring a mass aliyah to specifically from North America but also from around the world. The systems and governments worldwide are imploding, and it’s just a matter of time, not even a lot of time before it all collapses. History has shown that when this happens, many dark forces turn on the Jews, and they fall into extreme spiritual and physical danger.

“Most of the Jews are in North America, but it is a hard nut to crack. The Jews of Europe already sense, either consciously or unconsciously, that sooner or later, they will not be safe. But the Jews of the US do not. They are living in a dream that what has happened in every country throughout history could not happen in the US.

Wander referred to an allegory by Rabbi Nachman Kahana, one of the speakers.

“Let’s say you have a bowl full of metal flakes and wood chips mixed together,” Rabbi Kahana said. “There are three possible ways to separate the two types of material. The first is to blow on it and the wood flakes will disappear. The second way is to burn them and the wood chips will disappear. The final way is to pass a magnet over the bowl and the metal chips will rise out of the bowl.”

“These are the ways the Jews can respond to the exile. They could blow away and disappear through assimilation. They will be lost to the Jewish people forever and this is inevitable. Or they will be subjected to violence and be  burned away like in the Holocaust or any of the other countless atrocities the Jews suffered in the exile.”

“Thank God, today we have Israel to help save the Jews in Ukraine. In the past, Jews always suffered the most in any war between nations even if they had no part in the dispute.”

“Of course, the best way to separate the metal chips is with a magnet. That is coming to Israel out of a love of God. That is the only way the Jews can avoid being destroyed.”

“It is a sad state of affairs that Nefesh B’Nefesh and other major organizations get all excited when a plane of a few hundred olim lands in Israel,” Wander said. “It is exciting but it is a drop in the bucket. At this rate, the exile will need to last another thousand years before all the Jews come home.”

Wander’s estimate seems accurate as there are currently estimated to be almost eight million Jews in the US representing about 46% of the world’s Jewish population. But of the estimated 27,000 Jews who made aliyah last year, only about 4,000 came from the US, making it the fourth most common country of origin for new immigrants.

“Something needs to happen to send a strong signal to the people in charge that this cannot go on, that aliyah is an urgent and pressing issue,” Wander said.

Towards this end, the conference drew up proposals to submit to the Israeli government addressing issues they felt were necessary.

One proposal was related by Rivkah Adler, a participant, on her Facebook page, who quoted Yishai Fleisher, the international spokesperson for the Jewish community in Hebron.

“You don’t have to start packing your bags and leaving everything behind. Just imbibe, taste, wine from the Land of Israel on Friday nights. Make space for that connection to what Avi Abelow calls our ancestral homeland. L’chaim!”

The conference was live-streamed and the video is now available to the public.