He said, “This will be the practice of the king who will rule over you: He will take your sons and appoint them as his charioteers and horsemen, and they will serve as outrunners for his chariots. 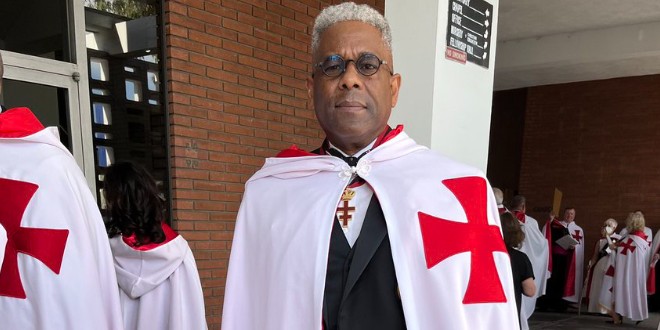 Allen West, a former congressman (R-Florida) and retired military officer, proudly tweeted on Sunday that he had been invested in the Sovereign Military Order of the Temple of Jerusalem, often referred to simply as the Knights Templars.

It’s official: I have been invested in the Sovereign Military Order of the Temple of Jerusalem, Knights Templar. I took an oath to protect the Christians in the Holy Land. pic.twitter.com/JEZDeI3CtD

The Knights Templars make a moral and ethical claim to follow the same spiritual path as the original Order of the Knights Templar. It is open to Christians of any denomination and operates as a charity and an order of chivalry.

The Knights Templar was established in 1119 and given papal recognition in 1129. The Templars were closely tied to the Crusades and were amongst the most skilled fighting units.

There is no clear historical connection between the Knights Templar and any other modern organization, the earliest of which emerged publicly in the 18th century. Still, the organization has become associated with legends concerning secrets and mysteries handed down to the select from ancient times. The Sovereign Military Order of the Temple of Jerusalem was accredited as a nongovernmental organization (NGO) by the UN in 2001.  The modern Order claims over 5000 members, including leaders in the military, business, government, and ecclesiastical communities.

West takes his vows seriously. While deployed to Kuwait in 2003,  he was charged in an incident that involved the beating and simulated execution of an Iraqi policeman, with West firing a gun near the Iraqi man’s head during an interrogation. During a hearing held as part of an Article 32 investigation in November 2003, West stated, “I know the method I used was not right, but I wanted to take care of my soldiers.” West was fined $5,000 and retired with full benefits as a lieutenant colonel in the summer of 2004. At his hearing, West said there were no ambushes against American forces in Taji until he was relieved of his leadership post a month later. Asked if he would act differently under similar circumstances, West testified, “If it’s about the lives of my soldiers at stake, I’d go through hell with a gasoline can.” After West’s retirement, he received more than 2,000 letters and e-mails offering him moral support and a letter supporting him signed by 95 members of the U.S. Congress and sent to the Secretary of the Army.

In January 2011, West joined House Foreign Affairs Committee chairwoman Ileana Ros-Lehtinen (R-FL) in condemning the official flying of a Palestine Liberation Organization flag in Washington D.C. West said raising the flag is “an attempt to legitimize an organization with a known history of terrorist actions.”