At the command of Hashem they gave him the town that he asked for, Timnath-serah in the hill country of Efraim; he fortified the town and settled in it. 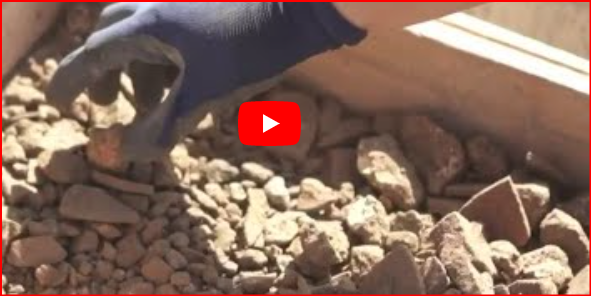 A new dig is exploring a site believed to have hosted humans for 4,000 years, including the period when the Jews entered the land of Israel, believed to have taken place in 2100 BCE. Khirbet Tibnah is believed to be where the biblical Joshua lived and was buried.

The dig at Khirbet Tibnah is located in southwest Shomron (Samaria) and is being led by Dr. Dvir Raviv from Bar-Ilan’s Department of Land of Israel Studies and Archaeology. According to Bar-Ilan, the site was populated from the Bronze Age until the beginning of the Ottoman period.

When they had finished allotting the land by its boundaries, the Israelites gave a portion in their midst to Yehoshua, son of Nun. At Hashem’s command, they gave him the town that he asked for, Timnath-serah in the hill country of Efraim; he fortified the town and settled in it. Joshua 19:49-50

The Bible later describes Joshua being buried in his city:

They buried him on his own property at Timnath-serah in the hill country of Efraim, north of Mount Gaash. Joshua 24:30

The site has been surveyed several times, most recently by Raviv in 2015, when he found tombs, and pottery fragments, showing proof of the existence of a Jewish settlement in the area in the past. This season will mark the first archaeological dig carried out at the site. This will also be one of the first archaeological digs carried out in Judea and Samaria by Israelis since the 1980s.

During preparations and surveys last month, the team found several artifacts, including a Roman spearhead dated to the 2nd century CE. The spearhead had a bent tip.

“Perhaps this is evidence of a violent struggle. At this point, we can only guess,” said Raviv in a Bar-Ilan press statement, adding that the discovery of a Roman weapon is considered rare in Israel. “Normally, finds of this type are discovered in shelter caves that were used by the rebels of the Roman army. In the current excavation, I hope we can link the find to a Roman military presence or to the Bar Kochba rebellion.”

In addition to the spearhead and pottery, 18 coins were found at the site. Four of the coins were preserved well enough to allow identification. One of the coins is a Roman coin from 58-59 CE. A silver coin featuring the figure of a lion was identified as being from the Mamluk period (1260-1277). The lion is a symbol of the Mamluk Sultan Baibars.

Initial excavations uncovered a large public mikvah (ritual bath) and complete pottery, coins, and bones. A rare coin from the time of the Great Revolt against the Romans (70 CE) was also found, with the inscription “Year two of the freedom of Zion.”

The head of the Benjamin Regional Council, Yisrael Gantz, stated that “in the center of Benyamin, the center of the country, an established Jewish town was uncovered that was a focal point on the main road to Jerusalem. It’s exciting to touch the graves and remains and actually touch our roots and heritage. We merit to continue our ancestors here.”

“These discoveries are an answer to anyone who doubts the rightness of the way and our presence here and in all of Israel,” he declared.