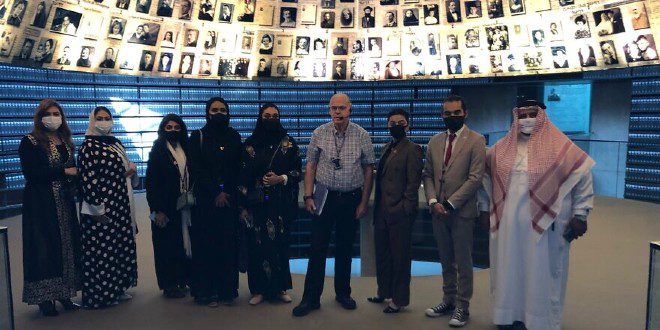 When Effi Eitam was tapped in 2020 by then-Israeli Prime Minister Benjamin Netanyahu as the new chairman of Yad Vashem—to replace Avner Shalev, who had held the position for nearly three decades—all hell broke loose on the left. The religious-Zionist retired brigadier general and former Knesset member and Cabinet minister was falsely accused by most of the media and academia, both in Israel and among Jews across the ocean, of being a right-wing fanatical racist.

The controversy was filled with the customary falsehoods, though mud-slinging would be a more apt depiction of the vilification of one of Israel’s best and brightest. The politicians, Jewish organizations and Holocaust survivors who opposed the appointment pointed to Eitam’s comments on Palestinians and Arab Israelis, on the grounds that such criticism is not fitting for an institution commemorating the mass slaughter of innocents.

What they really meant is that Eitam would never go along with the effort to universalize the Shoah.

The carry-on was so intense that he didn’t stand a chance. In his stead, Dani Dayan was selected and approved for the job. Dayan, a member of the Yad Vashem Council, had just returned to Israel after completing a four-year stint as the country’s consul general in New York.

During his tenure in the Big Apple, he managed to shake his own “dubious right-wing” reputation—as a previous chairman of the “far-right-wing” umbrella organization of settlements, the Yesha Council—and become palatable to liberal circles at home and abroad.

Unfortunately, since taking the reins, he has demonstrated the ability to accomplish this by toeing a politically correct line.

Shortly after his instatement, he was confronted by individuals and groups demanding that he return a photo to the wall of one of the exhibits that had been removed when the Jerusalem-based World Holocaust Remembrance Center was expanded in 2005. The famous picture in question, from 1941, shows Grand Mufti of Jerusalem Haj Amin al-Husseini having a chummy conversation with Adolf Hitler about joint efforts to exterminate the Jews—the latter in Europe and the former in Palestine.

In a Dec. 2 statement, Dayan explained why he refused to concede.

“To be clear: The Mufti’s part in the history of the Holocaust is presented at Yad Vashem in the correct proportion and context, especially in comparison to other figures,” he wrote. “Research shows that the meeting between the Mufti and Adolf Hitler had a negligible practical effect on Nazi policy.”

He went on to state that “[a]ttempting to pressure Yad Vashem to expand the exhibit on the Mufti in the Holocaust History Museum is tantamount to forcing Yad Vashem to partake in a debate on the Israeli-Palestinian conflict, which is alien to its mission. … Yad Vashem will continue to defend the historical truth of this dark chapter of our not-too-distant past, without falling prey to any political agenda.”

That such nonsense was supposed to pass as a legitimate excuse is bad enough. But it’s particularly pathetic in light of Yad Vashem’s latest hire: Dan Tzahor. The fact that the only news outlet covering the outrage is the country’s sole conservative TV station, Channel 14, makes it even worse.

Tzahor, who was taken on board to manage Yad Vashem’s libraries, is a radical, left-wing activist and “conscientious objector,” though his conscience where Israel is concerned is non-existent. The self-described post-Zionist is an Israel Defense Forces reserve-duty refusenik who decries the Jewish state as colonialist enterprise.

As Channel 14 reported, a 2006 piece in Ma’ariv cited an Israeli Foreign Ministry representative as claiming that in talks Tzahor gave in the United States—with the title “Refusing to serve: Conscientious objection in Israel, Palestine and Iraq”—he compared the IDF to Nazis. Gilad Millo, at the time Israel’s consul in Los Angeles for media and public affairs, told the newspaper that Tzahor’s lecture tour was initiated by a Muslim student organization that engaged in anti-Israel and anti-Semitic activities.

Millo also recounted that Tzahor told a group of 50 students, most of whom were draped in Palestinian flags, that the IDF’s door-to-door combat “was reminiscent of the Wehrmacht;” that the separation fence “ghettoized” Palestinians; and that “the occupation turned IDF soldiers into animals.”

Following publication of the above article, Tzahor gave an interview to the left-wing daily Haaretz and argued that while he had not compared the IDF to the Nazi army, the Holocaust was central to his decision to refuse to do his reserve duty in the West Bank (Judea and Samaria).

Asked about terrorism, he replied that just as the Arabs need to “stop suicide bombings,” Israelis have to “stop bombing and killing innocent civilians [in Gaza], and sleep soundly afterwards with no problem.”

Learning that this paragon of anti-Israel political activism was being brought on by Yad Vashem to manage its libraries, the Zionist NGO Im Tirtzu promptly demanded that Dayan reverse the decision.

“Dr. Dan Tzahor met all the requirements of the position,” responded Yad Vashem, insisting that the candidate was judged by his skills, not his political views, “as is appropriate and obligatory under the law.”

Go tell that to Eitam and the rest of his supporters who championed him as the perfect choice to head the institution and prevent it from disappearing down the woke rabbit hole. Pressed by Im Tirtzu on the issue of Tzahor’s refusal to perform reserve duty and admission that he’s not a Zionist, Yad Vashem answered tersely that it’s “not our place to address that.”

Whether Dayan is a sell-out or a coward isn’t clear. But he and the entire board of Yad Vashem ought to be deeply ashamed of themselves for tarnishing Holocaust remembrance and casting aspersions on the necessary use of Jewish power against enemies bent on Israel’s destruction.