Suckers at the Casbah: America Getting Played Again by Iran

Home » Suckers at the Casbah: America Getting Played Again by Iran 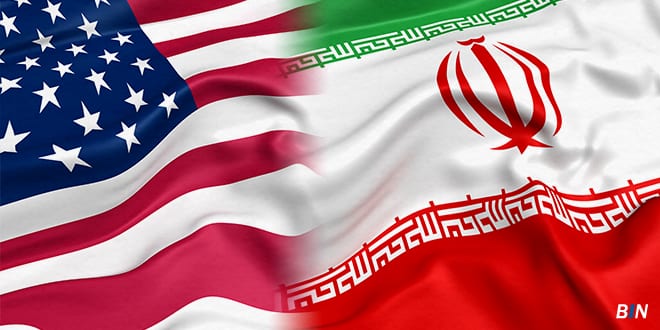 Some people are surprised that the terror regime in Iran has been more conciliatory of late in the negotiations to return to the 2015 nuclear deal. Because the process has taken so long, they assumed that the mullahs were serious, rather than bluffing, with their prolonged intransigence.

It’s only when the West recently held their ground that the mullahs softened their demands and made a deal closer at hand. Why? Because the mullahs need the moolah.

The nuclear deal, formally known as the Joint Comprehensive Plan of Action, provides billions in sanctions relief to Iran in return for Iran committing—for a limited time—not to advance its nuclear program.

From the beginning, critics have attacked this formula as being, essentially, a lot of money for a lot of nothing.

First, the idea of trusting a regime that has shown over the years a genius for chronic cheating is dubious at best and folly at worst.

But even in a best-case scenario where the mullahs don’t cheat, they just need to wait a few years until the sunset clauses kick in. By then, they will have every right to build a nuclear bomb and hold it over Israel’s and the world’s head. In the meantime, nothing in the deal hampers their terror activities.

Suckers at the Casbah, indeed.

What Western negotiators, most notably the Biden administration, have missed is that nuclear concessions are only a cover for what the Iranians really want, which is money, and lots of it. The nuclear bomb can wait for the sunset clause. For now, there is more terror to spread and more Jews to kill.

And of course, we know that maintaining this enormous terror machinery takes a lot of money, and that the sanctions have sucked up plenty of it.

What has changed is Iran’s level of chutzpah.

There’s no longer even a tiny pretense to hide its evil ways. Just this week, in the midst of finalizing a deal that would free up hoards of cash, it had the nerve to trot out the head of the Islamic Revolutionary Guard Corps (IRGC), Hossein Salami, to lay out for Fars News its future strategy to wage war against the Jewish state.

As reported on Aug. 20 in The Jerusalem Post, Salami is salivating at the prospect of a multi-front war against Israel. Here’s just a sliver from the Fars report:

“When you add Lebanon’s Hezbollah to this equation, you realize that, for example, hundreds of thousands of rockets are arrayed in front of the Zionist regime, and these can be fired from the north and west in the Gaza Strip and in the north, from Hezbollah’s side, but not in a limited volume—[to] make all the points of the Zionist regime the point of fire.”

This is the terror regime that the Biden administration is preparing to empower. Have they asked themselves: If Iran is spreading so much terror now, how much more will it spread with more billions at hand?

The alternative to a lousy deal is not war but sabotage. The United States and Israel have the capabilities to covertly obstruct Iran’s nuclear program indefinitely. While this happens, the U.S. needs to impose more sanctions, not lift those that are already in place.

The first step is for the U.S. to walk out of the Casbah, and not return when the mullahs run after them.