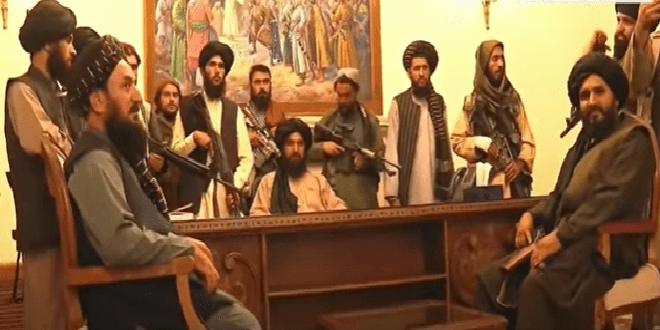 The terrorist attacks of Sept. 11, 2001 changed the lives of many Americans, mine among them. Enlisting in the military wasn’t an option, but I was given the chance to set up a research institution on terrorism and other threats to free peoples. Twenty years ago, the Foundation for Defense of Democracies (FDD) was established.

Prior to 9/11, influential voices in the foreign policy community argued that terrorism was not a serious national security threat, merely the weapon of the weak, a way for those without fighter jets and tanks to call attention to their “legitimate grievances.”

After 9/11, I thought that debate would end. I also thought it had become obvious that “grievances, legitimate or not, provide no license for the murder of other people’s children”—a moral insight conveyed to me by the late Jeane Kirkpatrick, an eminent foreign policy scholar and the first woman to serve as America’s ambassador to the United Nations.

My optimism turned out to be unjustified. To this day, there are those—U.N. officials emphatically included—who condone terrorism for causes they favor, euphemizing it as “resistance.”

And I certainly never expected that the United States, having removed the Taliban from power in the autumn of 2001, would usher that Al-Qaeda-aligned terrorist organization back into power.

Perhaps President Biden didn’t understand that his withdrawal of all U.S. troops from Afghanistan would bring that result. “The likelihood of the Taliban overrunning everything and owning the whole country is very unlikely,” he said as the American retreat was facilitating the Taliban advance.

“There’s going to be no circumstances where you see people being lifted off the roof of an embassy of the United States in Afghanistan,” he insisted, not long before that happened.

“The mission hasn’t failed—yet,” he told reporters as throngs of desperate Afghans crowded into and around Kabul International Airport, some clinging to departing aircraft and three falling to their deaths.

On Aug. 26, a terrorist detonated explosives near the airport perimeter, killing more than 170 people, including 13 U.S. service members. By Aug. 30, the bugout was complete.

Last week, a report from Republican members of the House Foreign Affairs Committee led by Rep. Michael McCaul revealed that at least 800 Americans were left behind. Thousands of American-trained Afghan military personnel, including elite commandos, fled to Iran, where we must assume they spilled their guts—figuratively, if not literally—to the regime’s Ministry of Intelligence.

The White House furiously countered that the report “advocates for endless war,” and “ignores the impacts of the flawed deal that former President [Donald] Trump struck with the Taliban” in 2020.

That deal was indeed an example of diplomatic malpractice. But can you think of another of his predecessor’s policies that Biden felt compelled to implement?

David Ignatius, longtime columnist for The Washington Post, wrote last week that while President Biden’s retreat was “horribly executed,” the decision to exit was correct.

Reasonable people can disagree on that and, speaking as a reasonable person, I do. The U.S. combat mission in Afghanistan effectively ended in 2015. The military mission after that was to train and assist, and provide essential intelligence, operations planning and air support.

It would have required only a very small contingent of U.S. and NATO troops to continue to empower Afghan security forces, frustrate the Taliban’s ambitions, and maintain pressure on Al-Qaeda and the more than 20 other terrorist groups in the region.

And did we learn nothing from Iraq where, in 2011, President Obama ordered a complete withdrawal, refusing to leave in place even a residual force as his top advisers urged?

The vacuum he left was filled by the Islamic State, which went on to conquer about 40% of Iraq and a third of Syria. Iran’s neo-imperialist rulers also walked through Iraq’s now-unlocked door.

More broadly, strategically competent presidents, Democratic and Republican alike, did not bring home all U.S. troops after the defeat of the Axis powers in 1945. To this day, American forces remain in Europe and Japan where they accomplish essential missions. The usefulness of the U.S. military presence in South Korea is also obvious to anyone not of the isolationist persuasion.

That said, America’s allies ought to be shouldering more of the burden for the collective defense. American leaders should insist.

The abandonment of Afghanistan has cast serious and lasting doubt on America’s credibility, reliability and will to prevail.

China’s President Xi Jinping, having stripped the people of Hong Kong of the rights his government had guaranteed them by treaty, is eyeing Taiwan more hungrily than ever.

Iran’s rulers openly threaten to assassinate Americans on American soil and a fatwa issued by the regime’s first “supreme leader” led to an attack on British author Salman Rushdie while he was speaking on an American stage earlier this month. Yet Biden continues to offer those rulers hundreds of billions of dollars in exchange for a vague promise that they will delay their nuclear weapons program.

Afghanistan, once a fledgling free state, is now once again a totalitarian Islamic emirate. Afghans who sided with Americans are being hunted and murdered. Dire poverty is spreading throughout the land. Women are again being brutalized.

Around the world, America-haters of all stripes are encouraged and emboldened. That, as my FDD colleagues Gen. H.R. McMaster and Bradley Bowman wrote in The Wall Street Journal a year ago last week, is “what happens when leaders in Washington delude themselves regarding persistent threats, the nature of America’s enemies and the ability to end wars by simply going home.”