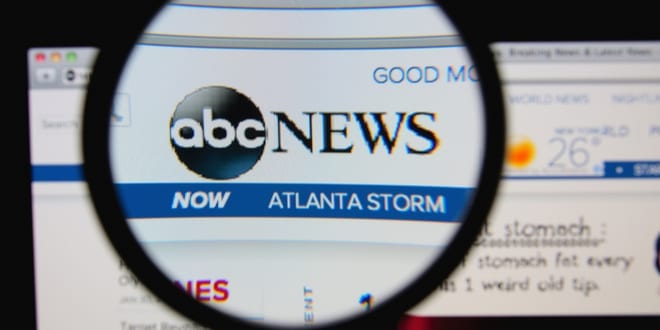 Like the Palestinian Islamic Jihad (PIJ) rockets that careened off course during “Operation Breaking Dawn” and tragically snuffed out the lives of hapless Gaza residents, ABC’s coverage of those casualties was a colossal failure.

“The [Palestinian terror] attack [in Jerusalem] comes just a week after a ceasefire ended some of the worst fighting in the region in a year. Israeli air strikes killing 49 Palestinians, including 17 children, and the Islamic Jihad militant group firing more than 1,000 rockets at Israel,” ABC correspondent Ines de la Cuetara falsely reported, blaming Israel for all Palestinian deaths in Gaza, ignoring the fact that a substantial number were killed by errant Palestinian rockets (emphasis added).

While some media outlets like NBC and Reuters labored to either obscure or cast doubt on the fact that misfired PIJ rockets were responsible for a significant number of the fatalities, ABC’s coverage goes one step further with its egregious error of commission.

As the Associated Press recently reported: “Close to one-third of the Palestinians who died in the latest outbreak of violence between Israel and Gaza militants may have been killed by errant rockets fired by the Palestinian side, according to an Israeli military assessment that appears consistent with independent reporting by the Associated Press.”

Other sources give different figures for the percentage of the 49 Gazans killed by PIJ rockets. For instance, Haaretz’s Amira Hass, a veteran critic of Israel, reported Sunday, “Botched launches of Palestinian rockets killed 19 non-combatants, including 12 children.” She provides a detailed account of each fatality: their name and the date, place and circumstances of death. A subsequent Haaretz report then said Israeli defense officials speaking off the record acknowledged an Israeli strike was responsible for five deaths on Aug. 7 in Jabalya, thereby revising Haaretz’s figure to 14 Palestinians killed by errant rockets.

The Meir Amit Intelligence and Terrorism Information Center identifies 11 Gazans killed by Palestinian rockets. The Israeli military believes 12 Gaza children were killed by such rockets, according to The Times of Israel.

Thus, while there is uncertainty about the precise number of Palestinians killed by misfired PIJ rockets, there is no uncertainty that the failed attacks against Israel ended up taking numerous Palestinian lives.

CAMERA’s Israel office communicated this information to ABC early on Aug. 15. Nevertheless, a second ABC journalist, Reena Roy, repeated the same falsehood later that day using wording identical to de la Cuetara’s, though she reduced the number of Palestinians allegedly killed by Israeli airstrikes (48 instead of 49):

The attack comes just a week after a ceasefire ended some of the worst fighting in the region in the year, Israeli airstrikes killing 48 Palestinians, including 17 children and the Islamic militant group firing more than 1000 rockets at Israel.

CAMERA continues to urge ABC to broadcast on-air corrections on the programs in which the false charge was reported and make clear that a significant portion of the Palestinian fatalities in Gaza were killed by PIJ rockets aimed at Israel that veered off course, and that Israel is not responsible for all 49 (or 48) deaths.